The highly celebrated series of comics by Ven Wong, The Misadventures of CubeMelt, is set to return with a second season, with plans to launch into Web3 and release as a comic book for international fans.

The Misadventures of CubeMelt follows the titular hero as he goes about having a fun time, helping others, and learning lessons along the way. The first season was a hit, with its bite-sized episodes making audiences laugh and coo over the cube little fella. CubeMelt has gained popularity with social media users, even inspiring a line of merchandise. Now, its creator Ven Wong is working on the second season. 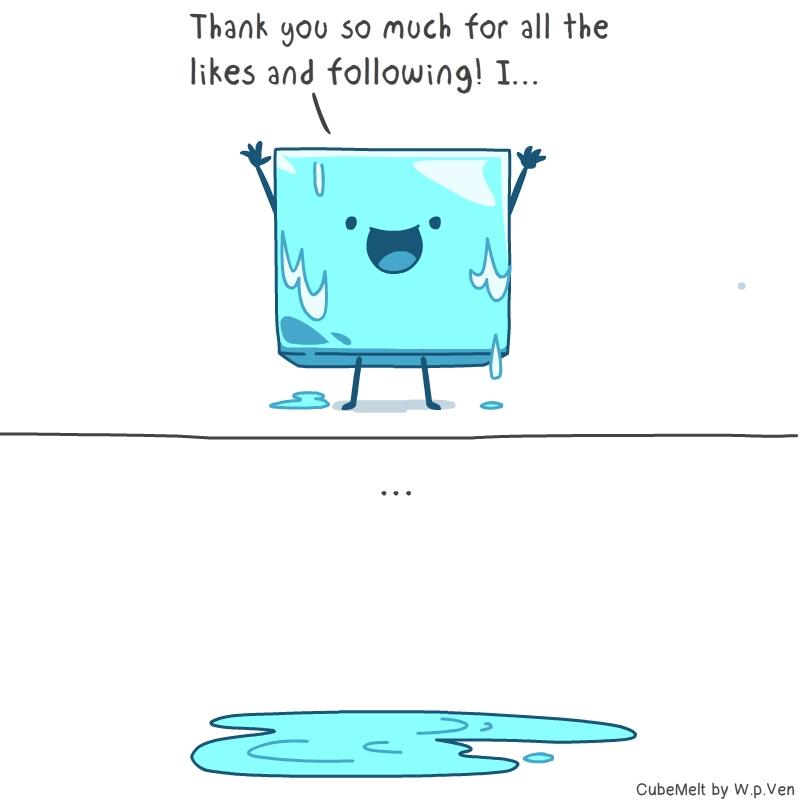 The comic first began during the lowest point of this animation director and illustrator’s creative career. “I was lost on where my work was taking me,” explains Wong. “During one of the regular moments of self-doubt, I would get the feeling of life melting away like ice cubes in my cup of soda. I asked, what would an ice cube do given its short lifespan? That was the moment when CubeMelt was born.”

Now, the comic character has become the source of his artistic inspiration. 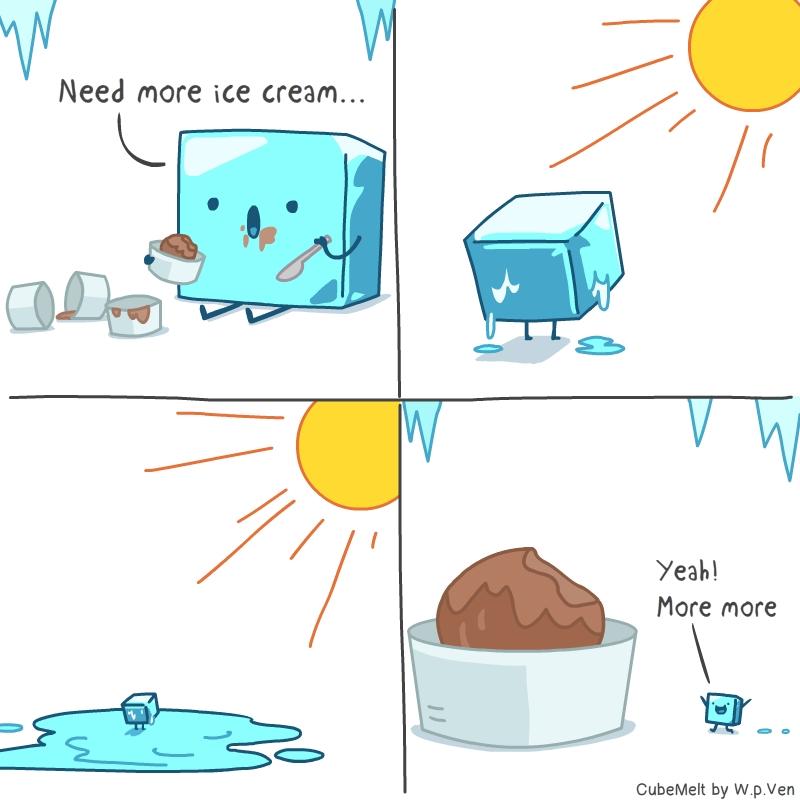 Describing the concept of the webcomic, Wong shares that CubeMelt sets off beyond the freezer despite knowing he won’t last long. For the cartoon character, living life to the fullest is important, and he walks around leaving a trail of positivity before turning into a puddle. It is a reminder of how short and precious life is, emphasizing the value of time, and why everyone should cherish each moment and do good.

“CubeMelt is excited to get out of his tray every day even though he starts melting the moment he’s out of the freezer. The spot of water he is reduced to invokes laughter, pity, wonder, and unexpected blessings to those around him.” 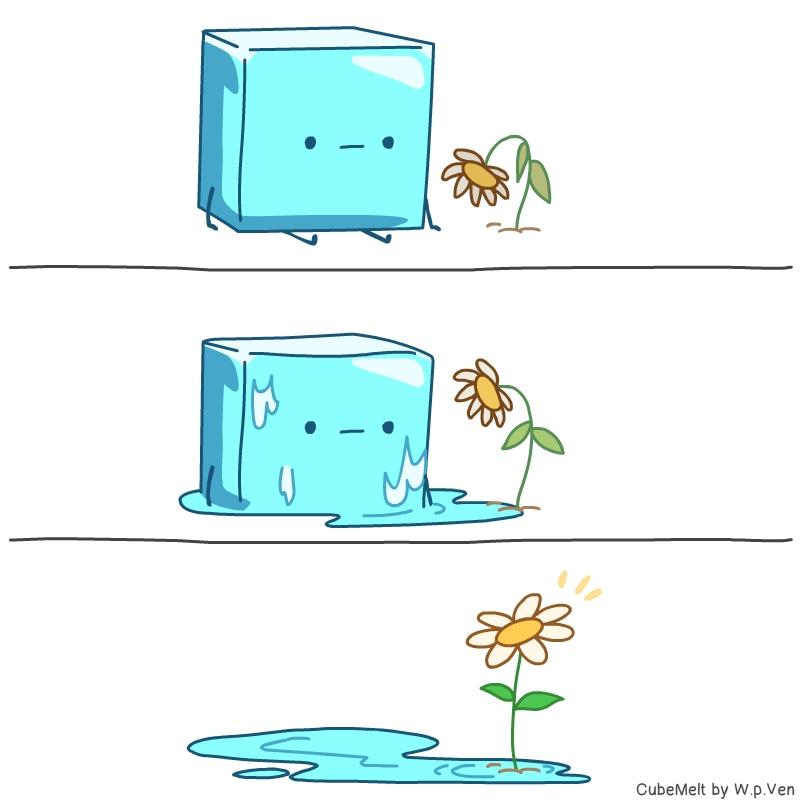 Wong gets his ideas from everyday things like memes, pop culture and his family. His stories are relatable, and since they revolve around the ice cube, he thinks about how the melting contributes to the story. He continues, “We are all melting, some faster than others, but it’s not the duration but the value we bring that matters.” 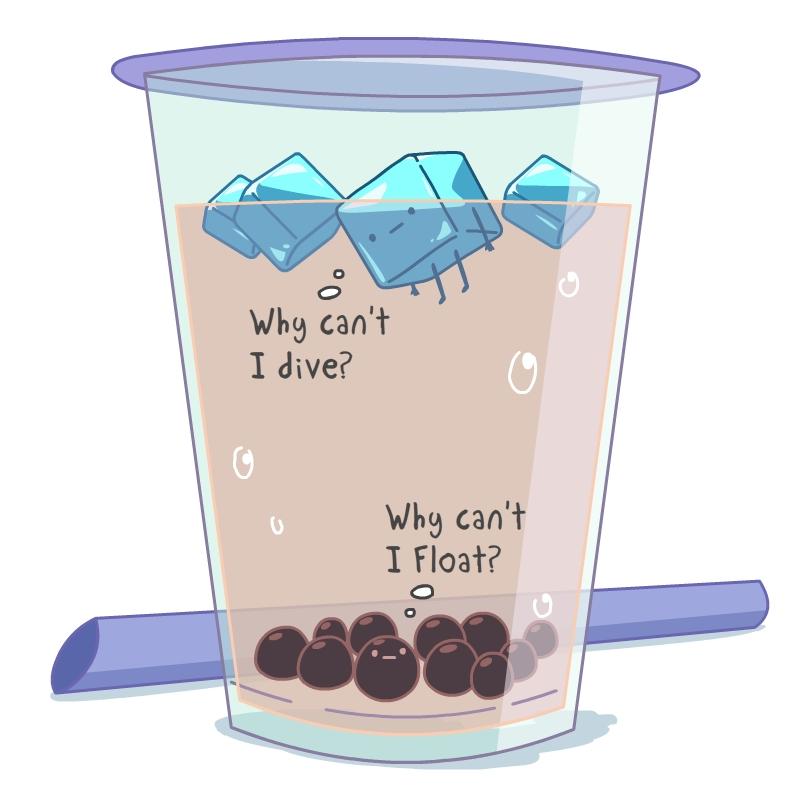 As the comic series continues to gain international popularity, CubeMelt is currently in talks with various publications in the USA to release his own comic book. The goal is to continue to spread the positivity of CubeMelt across the globe.

With his enormous ‘can-do’ attitude, CubeMelt is also set to launch into Web 3 in H2 2022, and invites everyone to #MeltWithUs as he embarks on his new adventure in the metaverse!

The second installment is set to deepen its exploration of CubeMelt’s adventures traversing every possible theme. Follow along the Misadventures of CubeMelt and learn a thing or two about perspective from the melting ice cube.