Carol Di Prima’s latest book, Lily… Laura, is a compelling saga that introduces Laura, a twelve-year-old, on a journey to restore her father’s name. Lily, a formidable and, enigmatic companion comes to Laura’s world and shields her from an astonishing and perplexing threat posed by an evil antagonist set on Laura’s demise. 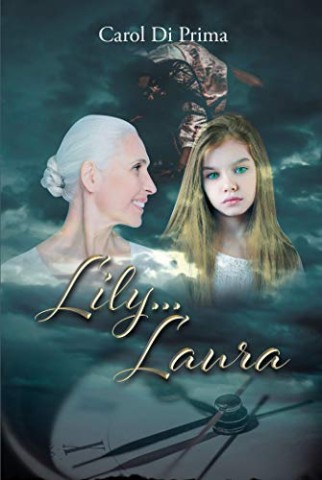 Lily… Laura – A Debut Book By Carol Di Prima, Is A Riveting Story Of Devotion, Friendship, And A Deadly Interdimensional War Between Dualistic Forces. Carol Di Prima’s latest book, Lily…Laura, is a compelling saga that introduces Laura, a twelve-year-old, on a journey to restore her father’s name. Lily, a formidable and, enigmatic companion comes to Laura’s world and shields her from an astonishing and perplexing threat posed by an evil antagonist set on Laura’s demise.

Carol Di Prima is a twenty-five-year veteran educator who has worked as an elementary school teacher, and a school library and media specialist. She lives in Westchester, New York, with her cats, Siena and Bella. Her new novel, Lily…Laura, is an intriguing thriller that follows Laura on her mission to locate the person responsible for disseminating false information about her father. Laura’s search for the person responsible for disseminating hurtful and misleading information about her father puts her and her two best friends in danger. During this time, Lily enters Laura’s life out of the blue and protects her. After repeated interventions, Laura and her two best friends realize that Lily, who appears to be an average woman, possesses extraordinary powers. They also learn that Lily has a nemesis named Nnorgath, who is hell-bent on stopping Lily from protecting Laura and wants to murder Laura for reasons that only Lily knows.

Nnogarth abducts Andy, Laura’s younger brother, to hurt and weaken Laura and to “turn” Andy into one of his soldiers. This prompts Laura’s interdimensional journey to save her brother with Lily’s help. Her quest to save Andy takes her to exhilarating and dangerous realms. She goes through life changing experiences and gains incredible powers; she becomes a Mmajjian warrior and learns what her true mission in her dimension is. This is too much for the young Mmajjian warrior to bear. She wishes she were just an ordinary twelve-year-old and that the nightmare will soon end.

Carol Di Prima, the author of this book, has been a teacher for over four decades. She began her teaching career as an adult ESL (English as a second language) teacher before pursuing her passion and teaching children in an elementary school where she worked in many positions and subjects, including as the school library and media specialist.. Her interest in literature and writing heightened while she served as the school library and media expert. It brought her enormous delight to observe her students’ expressions of awe when they read their favorite novels. The American Library Association has Di Prima as a member. She holds degrees in elementary education, intermedia, and SLMS from Lehman College and Syracuse University (school library and media specialist). Lily…Laura is her first piece to be published.

People who have read this book are already looking forward to a sequel. Maria stated, ‘I loved reading this book. I read this book before I gave it to my granddaughter to read and couldn’t put it down. A real page-turner. The vivid details brought the characters to life and the battle scenes were so clearly visible. Laura is an amazing girl that any teenager would want as a true friend. A must-read for pre-teens. I’m looking forward to the sequel.’