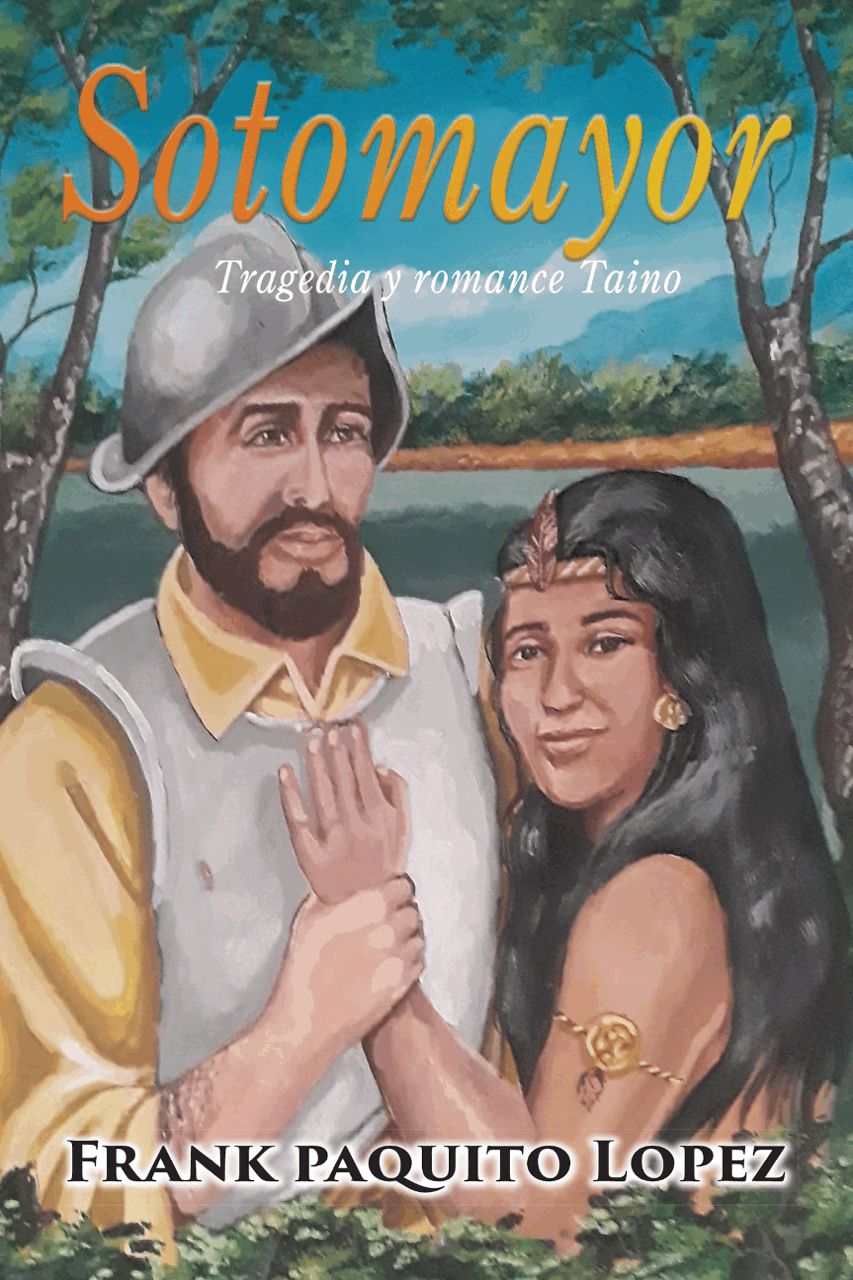 Named after Christobal Sotomayor, the second governor under Juan Ponce de Leon, a Spanish explorer and former ruler of Puerto Rico.The romance novel tells many facts about the conquistadors and the Taino Indians in Puerto Rico that are unknown to the public including the real impact of Cristobal’s colon on the islands.

Frank Lopez is also a chef and sculptor. At 20 years old, Frank emigrated from Puerto Rico to New Hampshire USA. There he started to work in the kitchen at the Mount Washington hotel in the white mountains. It took him several years but eventually, he became chef Garde Manger at the Breakers Hotel in Palm Beach Florida, which is one of the top 5 stars hotels in the world. He participated in many ice carving competitions throughout the United States, where he won many medals. He eventually moved to Chicago to work at the five stars, Ritz Carlton.

Eventually, he moved to California to the exclusive black hawk country club. While there, he joined the art school at Berkley University, learned bronze sculpture, and produced a black hawk and a life-size Kodiak bear, among other things.

After 10 years, he went to Kentucky where his wife hails from. There he retired as executive chef at the Sheraton in Lexington. As soon as he retired from his beloved kitchen, Frank decided to pursue his second dream; to become an author. He wrote his first book ‘Mis Recuerdos de Indiera Fria’. This was about his childhood and growing up on the coffee plantation in the mountains of Maricao, Puerto Rico, where he was born and raised. Later, he moved back to Puerto Rico. At one point he read the book “My life” by Sonia Sotomayor. Because of her last name, he started digging into history and came up with the idea to write a novel with the name Sotomayor in mind.

Whilst Sotomayor is regarded as a work of fiction novel, all major events in the 160-page novel are based on true-life stories and historical facts.

Besides his chef knowledge of international cuisine and accomplished sculptor and decorator, Frank is an avid composer of the Puerto Rican folkloric Decima, with more than 200 original poems written.

To learn more about Frank Lopez and Sotomayor, visit the author’s website: http://frankpaquitolopez.com/

Goldtouch Press, LLC is an established and experienced group of various publishing houses that teamed up to bring their clients accessible and competitive author services. They are the publisher of ‘Sotomayor’a book written by Frank Lopez.