On June 20th, the 2022 Forbes China Leadership Summit co-hosted by Forbes China Group and the Department of Commerce of Shandong Province came to a fruitful conclusion in Qingdao.

As a parallel event to The Third Qingdao Multinationals Summit, this summit, themed “New Opportunities Ushered in with New Patterns”, was held in a hybrid offline and online format. Leaders of multinationals, well-known entrepreneurs, industry leaders, top executives from Forbes, and other guests attended the meeting and had in-depth discussions on topics such as the global supply chain and industrial chain, and free trade in Asia.

Sherman Lee, CEO of Forbes China, remarked in his opening address that the summit aims to bridge China and the world, enticing more multinationals to “enter” and local enterprises to “go global”, while creating opportunities for potential exchanges and cooperation between all parties and sharing with the world stories of great leadership in China. 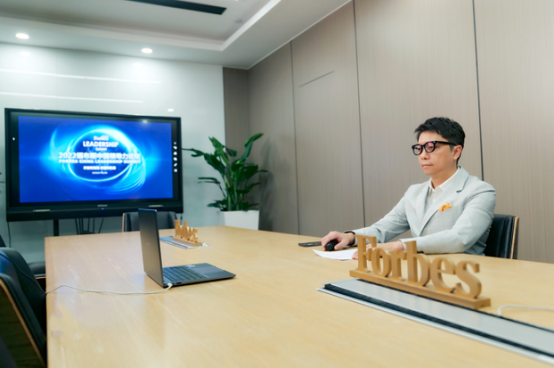 Moira Forbes, Executive Vice President of Forbes Media, sent a video greeting. She pointed out that great leadership is the core of the success of all businesses, and in times of current uncertainty, the exchange of ideas between leaders is particularly important, which will further help them move the world forward in the most innovative and dynamic ways possible. 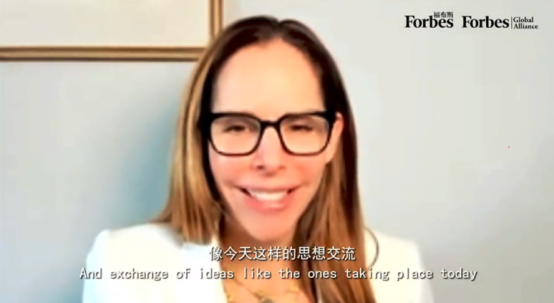 At the event, Wu Yabin, Head of the Investment and Technology Promotion Office of the United Nations Industrial Development Organization (ITPO UNIDO Beijing), delivered a keynote speech entitled “Green Development under Corporate Globalization”. He pointed out that green development has become an important driving force for global social progress. As the pioneer and main force of green transformation in today’s world, enterprises need to focus on three aspects: green value chain, green innovation and green standards when promoting green development. 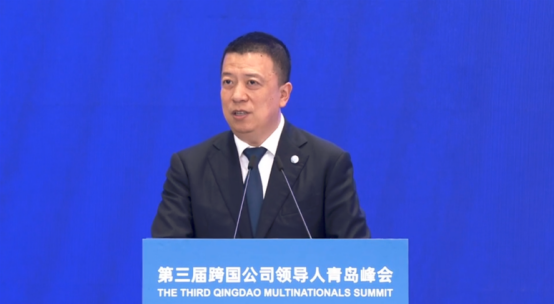 Loh Wee Keng, Chairman of the Malaysian Chamber of Commerce and Industry in China (MAYCHAM China), delivered a video speech “New Pattern of China-Malaysia Economic and Trade under RCEP”. He reasoned that with RCEP taking effect comes reconstruction of the supply chain, industrial chain and value chain between member states, and brings new opportunities for the air transport industry and the digital economy. At the same time, in the context of the digital economy, network security will also usher in greater room for development. 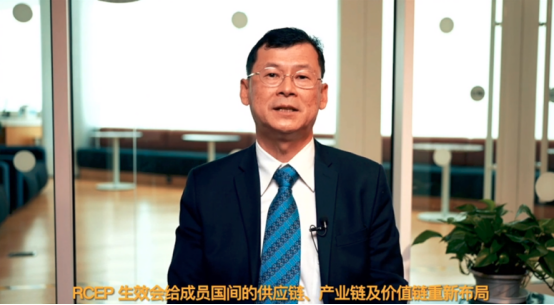 Russell Flannery, Editor-at-Large of Forbes Media and Chief of Forbes Shanghai Bureau, together with Masaharu Fujiyoshi, Editor-in-Chief of Forbes Japan, engaged in an in-depth online dialogue around “Free Trade in Asia after RCEP Agreement came into force”, covering cosmetics, home appliances, pharmaceuticals, scientific and technological innovation and other fields, as well as a series of challenges brought about by population aging and sustainable development. 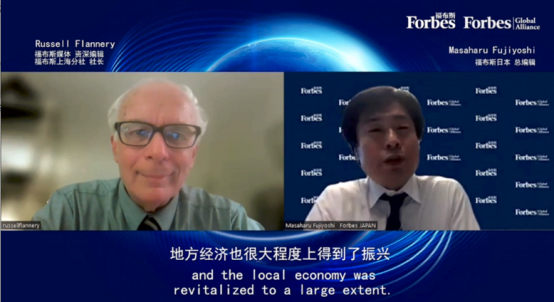 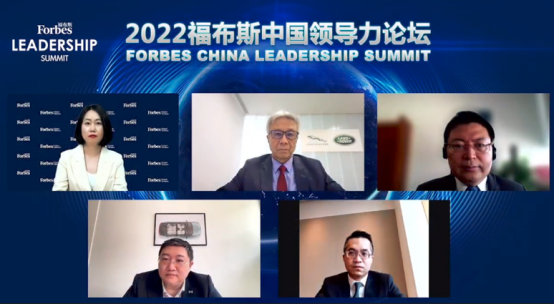 Online roundtable discussion on the reconstruction of the global chain

Charlie Zhang believes that under the industry trend of transforming functional cars into smart cars, the competitiveness of the traditional supply chain will change. Faced with the growth of global economic uncertainty and the shortage of regional supply chains, it is necessary to think more about the compatibility and flexibility of the supply chain, and further strengthen the management of the supply chain.

Dr. Li Jie said that because of the impact of the pandemic on the supply chain, Jaguar Land Rover conducted a systematic investigation and hierarchical management of suppliers on the basis of being familiar with local epidemic policies. In response to chip shortages, Jaguar Land Rover has taken effective measures, such as setting up a global chip shortage handling group and regularly holding assurance meetings with upstream chip suppliers, striving to change from passive to active.

From the perspective of capital, Billy Zhu said, despite the great fluctuations in the capital market lately, he remains optimistic about the prospects of the automotive industry. In the future, investors will direct capital towards the opportunities in vehicle electrification, new forms of combination of people and vehicles, and brands going global.

Isabella Wu, General Manager of Forbes Global Alliance, concluded that this summit extended the discussion on the topics of the Qingdao Multinationals Summit, which would further promote the cooperation between multinationals and all parties, and advance the mutual benefit and win-win situation of multinational corporations in China. 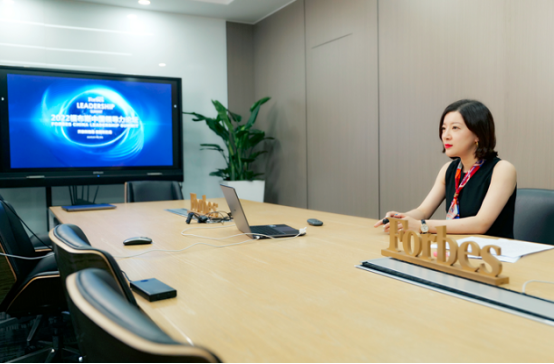 As one of the important brand events of Forbes China, the Leadership Summit is dedicated to bringing together global business leaders to explore business practices of leadership. The successful holding of this Summit has built a broad platform for dialogues and exchanges between multinationals and China, and further demonstrated to the world the new phase of China’s opening-up.

This summit was hosted by Wang Xin, host of Qingdao TV Station