DexioProtocol made the mainstream this week announcing DexiHunter’s Beta Release EOM January in Crypto Marketing Companies (CMC), Crypto Weekly Magazine. The article appeared in Volume 9 of the go-to source of the crypto revolution where Metaverse giants proclaim the progress of their incoming projects. 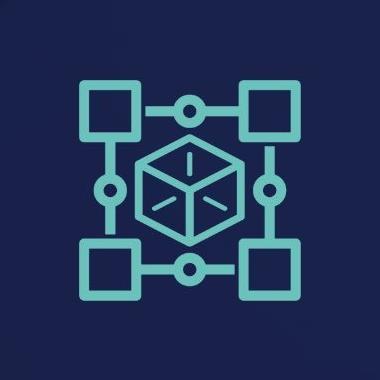 Making waves and raising eyeballs, DexioProtocol is making headlines as an ecosystem quietly disrupting the crypto arena worldwide with the incoming announcement in CMC’s Crypto Weekly of the beta release of the DexiHunter whitelisted version utilizing top influencers and promoters at the end of January. DexioProtocol is a primary player, and Crypto Weekly is one of the largest subscribed to weekly periodicals of the Internet’s cryptosphere. The online weekly crypto magazine will soon be printed in the United States and Great Britain and made available at major retailers such as Barnes and Noble, Walmart, and many others. There were progress reports on the other primary projects of the DexioProtocol ecosystem, which are all covered in the following paragraphs.

More about the DexiHunter Upgrade Reported in Crypto weekly

Greg Gould Chief Operations officer of Dexio Protocol described the Dexi Hunter upgrade to Crypto Weekly. “Consider going into the Dexi Hunter app and being directed to a local coffee shop or bakery bounty. Businesses can attract customers by distributing coupons as bounties within the Dexiverse. Imagine a new NFT artist looking for a unique way to advertise among all the options available? Artists can drop NFTs around the Dexiverse for consumers to collect, introducing themselves to an entirely new group of consumers they may never have been exposed to otherwise. The vision of DexioProtocol, “a world in which blockchain technology is mainstream and infinitely more people are connected by it.” DexioProtocol is committed to this vision, and Dexi Hunter embodies it perfectly. With Dexi Hunter, Blockchain is brought to the masses through an app that drives consumers to search for it, introduces businesses to alternative advertising in a medium outside of their expertise, and encourages greater adoption and education around the technology. DixiHunter is like a greatly upgraded Pokemon Go which was launched in 2016 with a lot of hype and enthusiasm. The community is most enthusiastic about Dexi Hunter, an augmented reality bounty hunting game where players enter the Dexiverse and collect tokens, NFTs, game coins, QR codes… there is no end to the possibilities. Think of Dexi Hunter as Pokemon Go for crypto, but on a whole new level of technological sophistication.” The Dexio Hunter app, now being released at the end of January in whitelisted beta, will open to select cities for additional testing in Q1 of 2022 and will be fully available in Q2 of 2022.

In addition to the Dexi Hunter upgrade Greg added a but more about the other upgrades occurring alongside Dexio Hunter in the Dexio Protocol ecosystem. “DexiKnights is the first of DexioProtocols’s play-to-earn games currently in open beta. Full mechanics and player versus player technology are also being added to DexiKnights very soon.” Greg added this about the upcoming transition, “Knights was released as a beta, and hence, much of the P2E (play to earn) and PVP (player versus player) mechanics were held back. We wanted to get it out and let people play it. So we are using upgradable NFTs, and now we will be adding loot drops and other ways to earn. Additionally, we added many in-game items for people to pick up and purchase. Some of those things will be non-blockchain-based items, and others will be NFTs. So the current version is about to be upgraded to make it fully P2E.”

Greg continued, “So the implementation of PVP will perhaps be in early February. Once the other parts are added, this will allow players to combat against one another in arenas and win pots set up as an aspect of entering the “tournaments”. There is a lot more to that. But that’s a general idea. It is DexioProtocols’ private network. It is a proof of authority network, and currently, tons of tests are being run on it. Once it does what is wanted, there will be a month of testing to attempt to break it, hack it, slow it down, make it do weird stuff. Those things will be addressed on the test net before launch. Once the test net is launched, we will begin migrating Dexi and Dexigas (DXG, the gas token for the project for in-game transactions) over to the network, it’s hard to explain here, but Dexi will be the native token of the network like ETH on Ethereum. So it won’t have a “contract address” per se, but you get the idea. The NFTs will also be migrated onto an entirely new NFT platform. We will launch new tokens (paired with Dexi) on the Smart Dexio Network (SDN) for new projects, businesses we partner with, and more. There will be shared liquidity pools there as well.” “Super duper cool stuff” added Greg.