Destination Paradise has recently posted a 54-minute-long Wyoming 4K nature relaxation film taken with an aerial drone on its YouTube channel. The video includes various relaxing views of interesting places in the state of Wyoming, from the snow-capped mountain ranges to elevated prairies. In the video, the state is an outpost of rugged beauty and home to some of the nation’s most diverse wildlife. The video allows the viewers to open their mind and invigorate their senses in the breathtaking landscapes and off-the-grid locations in Wyoming. Wyoming has several regions, all of which lead to the state’s most-visited destinations, such as Grand Teton National Park and Yellowstone Park.

Wyoming is found in the Mountain West subregion of the Western US. It is the tenth biggest state by area but it is also the least densely populated state in the US. The western half of the state is covered by rangelands and ranges of the Rocky Mountains, while the eastern half is a high-elevation prairie known as the High Plains. Wyoming is windier and drier than the rest of the United States. It is divided into continental and semi-arid climates with a wide range of temperatures. Almost half of the state is owned by the federal government. These include the two national parks of Yellowstone and Grand Teton, which are national recreation areas, including two national monuments, two national recreation areas, and various historic sites, national forests, wildlife refuges, and fish hatcheries.

Grand Teton National Park is a US national park located in northwestern Wyoming. In this park are located the major peaks of the 40-mile-long Teton Range, including the northern sections of the valley that is called the Jackson Hole. It is located 10 miles south of Yellowstone National Park. The human history of Grand Teton can be traced back for at least 11,000 years, when the first Paleo-Indians, who were nomadic hunter-gatherers, started migrating into the area during the warmer months in search of food and supplies. It was in the early 19th century that the first white explorers came in contact with the Shosone natives.

Yellowstone National Park is found int he northwestern portion of Wyoming and extends into Idaho and Montana. It was the first national park in the US, and possibly even in the world. This park is well-known because of its wildlife and its various geothermal features, particularly the Old Faithful geyser. This national park is also home to various types of biomes, with the subalpine forest being the most abundant. The park is also a part of the South Central Rockies forests ecoregion.

Native Americans have lived in the Yellowstone region for at least 11,000 years with some visits by mountain men during the early-to-mid 19th century. However, organized exploration of the area only started in the late 1860s. The park has an area of 3,468.4 sq mi and is made up of canyons, lakes, mountain ranges, and rivers. Yellowstone Lake is centered over the Yellowstone Caldera and is one of the biggest high-elevation lakes in North America.

Those who are interested in viewing relaxation videos, including beach drone videos, can visit the Destination Paradise YouTube channel or contact them on the phone or through email. 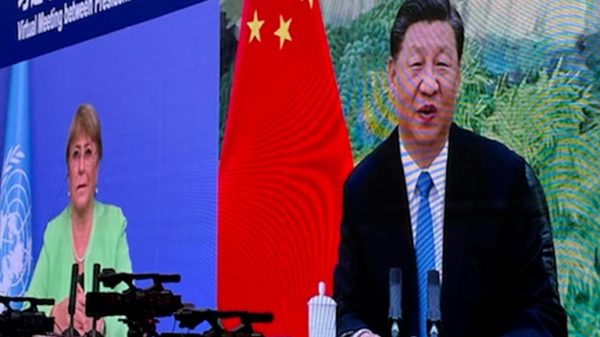