TORONTO, ON / ACCESSWIRE / June 28, 2022 / China Yibai United Guarantee International Holding Inc. (OTC PINK:CBGH) (“CBGH” or the “Company”), is pleased to announce that its Board of Directors set July 1, 2022 as its shareholder record date in connection with completing its proposed share exchange transaction, pursuant to which the shareholders of CBGH will acquire 100% of the issued and outstanding shares of TidyCall Inc. (the “Transaction”).TidyCall Inc. is an Ontario, Canada corporation (“TidyCall” or “TCI”), which has executed a definitive Share Exchange Agreement with CBGH, as has been previously announced. All persons who are shareholders of record of CBGH and of TidyCall on July 1st will participate in the share exchange, in accordance with the Agreement.

Pursuant to the Transaction, and after giving effect to a reverse stock split (whereby for every ten (10) shares of CBGH immediately prior to the split, the holders will own one (1) share immediately following it, the current total outstanding common shares of 362,710,696 will become 36,271,070 shares, representing 10% of the total outstanding, and an aggregate of 272,033,022 fresh, restricted shares of CBGH Common Stock will be issued in exchange for all shares of TidyCall Common Stock issued and outstanding as of the Closing, causing TidyCall to become the 75% controlling shareholder of CBGH. Meanwhile, CBGH will also issue 54,404,606 shares of its restricted common stock to certain individual affiliates of the Corporation according to the Exchange Agreement, which will account for fifteen percent (15%) of the total number of shares of CBGH Common Stock issued and outstanding following completion of the Share Exchange. Accordingly, the total amount of issued and outstanding common shares at “Closing” will remain 362,710,696. Following the Closing, an additional 6,000,000 shares of restricted CBGH common stock will be issued upon the conversion of Convertible Promissory Notes which are currently outstanding, thereby reducing the indebtedness of CBGH by $26,000 USD.

The Board of Directors authorized to set the July 1, 2022 Record Date, and further resolved to change the corporation’s name to “Infenittek Holdings, Inc.”, as well as to amend and restate its Articles of Incorporation and its Bylaws. The company will file the Certifcate of Amendment with the State contemporaneously with the Closing. Mr. Willie Hsu produdly stated: ” We have successfully reserved the new company name “Infenittek Holdings, Inc.” with State of Nevada, and also registered the domain name “infinittek.com”. The new company name and domain name reflect our new corporate strategy and future development plan, including the blockchain, non-fungible token and gamefi industry segments, beyond the expansion of our Cleaning Service App”. In addition, legal counsel and the Company’s Transfer Agent are working together to apply with FINRA with respect to the change of our company name and stock symbol, and we will also apply for a new CUSIP number.

Additional information about the Transaction, and the Company’s new vision, will be provided via future press reports and on social media platforms. Shareholders are asked to follow our social media page on Twitter at https://twitter.com/cbgholding, and/or the company’s website at https://tidycall.com for additional updates before the Tidy Call name is officially changed.

China Yibai United Guarantee International Holding Inc. (OTC Pink: CBGH), is a Nevada corporation listed for public trading on the OTC Pink Tier. The company focuses on conducting business in a variety of industries, including biotechnology and pharmaceutical products, dietary and nutritional supplements, sharing-economy app development, and cloud/big data products and services, through its wholly-owned subsidiaries.

TidyCall Inc. is a Canadian company, based in Markham, Greater Toronto Area (GTA), which provides mobile-device users with on-demand cleaning services (residential & commercial) information and access through its proprietary TidyCall™ App. There are two versions of the TidyCall™ App available for download: TidyCall User™ – for consumers who use commercial Cleaning Services (CSUs), and TidyCall Provider™ – for approved Cleaning Service Providers (CSPs). Individuals interested in becoming a TidyCall CSP can now apply at https://TidyCall.com.

TidyCall™ is an on-demand cleaning services App, and its innovative easy-to-use interface helps CSUs and CSPs interact efficiently when requesting and/or providing cleaning services through the TidyCall™ platform. Its proprietary “Two-Way-Review/Rating System” allows TidyCall CSUs and CSPs to rate and review each other discreetly after each cleaning service, incentivizing users to act in accordance with TidyCall’s™ adopted Terms and Conditions, which has resulted in higher productivity and an overall higher-quality user experience. Furthermore, TidyCall™ utilizes Geo-Fencing technology to collect the real time geographic information of its CSPs and CSUs when a service is ordered, which helps ensure the safety of all users of the TidyCall™ and the efficient delivery of its services.

With an increasing growth in demand for sharing economy services, TidyCall™ is following the footsteps of other highly successful companies operating in the sharing economy sector, such as Uber Technologies, Inc. and DoorDash, Inc. Thanks to its visionary management team and proprietary technology, TidyCall’s goal is to become a major player in the hundred-billion-dollar global cleaning service industry.

For further information about TidyCall Inc, including the CSP application form, visit the company’s website at https://TidyCall.com.

This news release contains certain forward-looking statements, which include any statements made in this release which are not historical facts, such as statements concerning potential future developments affecting the business, prospects, financial condition and other aspects of the companies to which this release pertains. The actual results of the specific items described in this release, and the company’s operations generally, may differ materially from what is projected in such forward-looking statements. Although such statements are based upon the best judgments of management of each company as of the date of this release, significant deviations in magnitude, timing and other factors may result from business risks and uncertainties including, without limitation, the company’s dependence on third parties, general market and economic conditions, technical factors, the availability of outside capital, receipt of revenues and other factors, many of which are beyond the control of the company. The company disclaims any obligation to update information contained in any forward-looking statement. 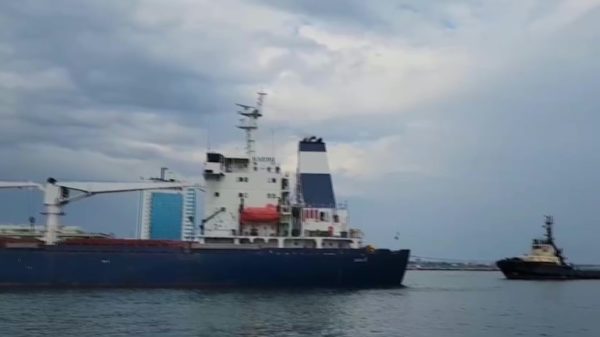 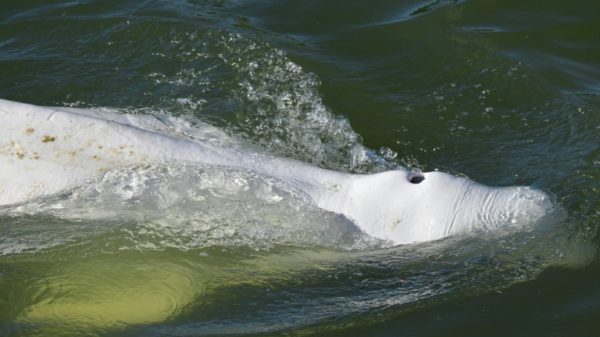