Chicago, Illinois – Family law attorney Russell Knight recently released a new blog post. The blog post talks about sole custody in an Illinois divorce or parentage action. Sole custody means that a couple’s child will be raised by one parent and the other parent has no say in how the child or children are raised.

According to the Chicago family law attorney Russell Knight, “In 2016, the Illinois legislature struck the word “custody” from the Illinois statutes. The logic behind getting rid of the word “custody” is that having one singular concept for who gets the kid turns custody…into a battle. Realistically, custody can be broken down into a bunch of individual parts which can be allocated to each parent instead of applying custody as an all-or-nothing concept.” 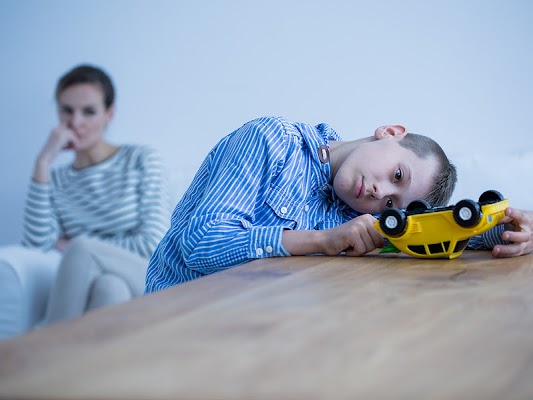 Furthermore, the family law attorney says that if parents are not able to communicate effectively when it comes to parenting decision-making, they will be assigned aspects of the children’s lives that they have to be responsible for. These aspects include education, health, religion, and extracurricular activities.

Attorney Russell Knight also says that if a mandatory mediation does not result in an agreement, a third attorney can be appointed to represent the child. The third party can also investigate the two parents and report their findings to the court.

In the new article, the lawyer explains that more often than not, it is hard for non-communicative parents to evenly divide the responsibilities regarding the child. Most of the time, only one parent becomes responsible for everything.

“A failure to communicate effectively means that one parent will inevitably have sole custody regarding decision making. An Illinois family law judge is not required to give a parent at least some decision-making power over the children,” says the family law attorney.

Aside from the aforementioned, the lawyer also talks about getting sole custody after a divorce has been finalized in Illinois. The lawyer says that it is extremely difficult to keep a parent out of a child’s life especially once the allocation of parenting time and parental responsibilities has been finalized.

Lastly, the lawyer emphasizes that if someone is looking to get sole custody, an Illinois divorce lawyer may be able to help. These cases are tough and complicated to handle alone so having an experienced attorney may help the client in understanding what options are available to them.

About the Law Firm Of Russell Knight

Russell D. Knight, a family lawyer, established his law office in 2009. Russell D. Knight has been a family law attorney who has always been focused on divorce and family law. Russell is passionate about family law, as evidenced by numerous articles he has written about the subject. Russell is licensed in both Florida and Illinois as a lawyer. Call them at (773) 334-6311 today or visit https://rdklegal.com/sole-custody-in-an-illinois-divorce-or-parentage-action/.