The final stage led from Bisha to Jeddah (676 km / 163 km) and while it was rather short, it was just as challenging, of course, even for Buggyra Racing. 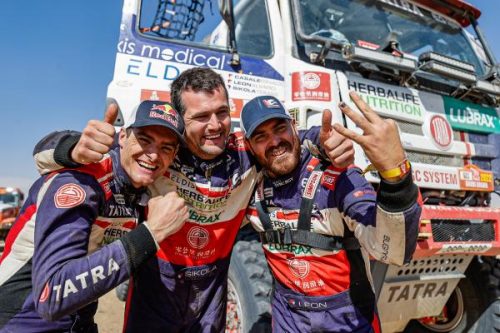 When the ending is good, everything else is good too. While just a week ago, there were still doubts surrounding Ignacio Casale and his crew, whether they can continue in the 2022 Dakar Rally, just seven days later, the Chilean finished the Dakar Rally with a stage podium behind the wheel of a Tatra Phoenix special. Josef Machaek crossed the finish line as 11th fastest, despite his technical troubles yesterday.

Those who had survived until now, which itself could be considered as victory, had to tackle one last difficult stage. While it did not feature dunes, there was still plenty of sand.

Josef Machaek lost his hopes in the penultimate stage, just like many others, as he had lost several hours. But he enjoyed the final stage. “It was difficult, with plenty of stones, vegetation, and I had to be very precise. But the tyres had survived and the belt, surprisingly, too.” And the former champion also thanked his mechanics. “I feel sorry for them, the Can-Am was always perfectly ready. Pavel was great too and hats off to the team. We came here to fight for the TOP 5, but many others did as well. It shows that at Dakar everything can change upside down in a single stage. I’m not happy with the result, but I’ve made it to the end. However, like I always say, that is Dakar.”

His navigator Pavel Vyoral also shared his disappointment, even though he was glad to make it to the end. “An unbelievable race, I have to thank everyone, it was great. I’m destroyed, especially after yesterday, which was challenging physically and mentally.”

After finishing 3rd in the last stage, Ignacio Casale called Alvaro Leon the best navigator. “A beautiful stage, where we did not have a single collision, or nothing did break. It was my best result yet in the Trucks category. I’m glad to be part of the best team I’ve ever raced for. As for Tatra, I’ve worked with an exceptional vehicle, the progress from last year is unbelievable,” added the three-time champion.

“Big thanks to Ignacio. The reason we’ve been just a minute behind the winner today, that goes to him. I’ve been carefully checking the navigation all the time, and I know that the organisers had prepared something for us for the big finale,” said navigator Alvaro Leon.

And after the final stage, also the mechanic Toma ikola felt a huge relief. “The display was showing all colours throughout the stage, especially red, so I was just praying to make it to the end. We were driving on dry sand, and Ignacio kept asking about water and oil temperatures. I had been asking the Tatra to survive, and luckily, it listened to us. Today’s 3rd place is a treat,” he added and described Ignacio and Alvaro as his pals. 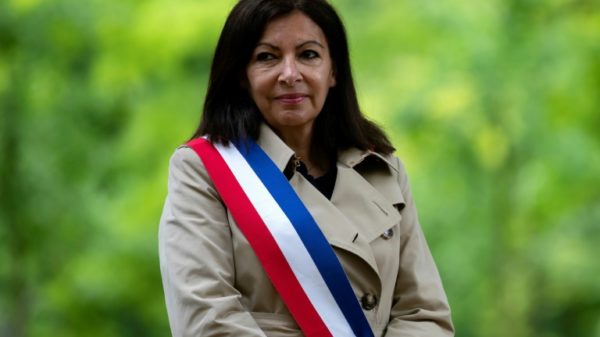 Paris Mayor Anne Hidalgo, whose political capital has withered since a failed bid for the French presidency, is facing headwinds.