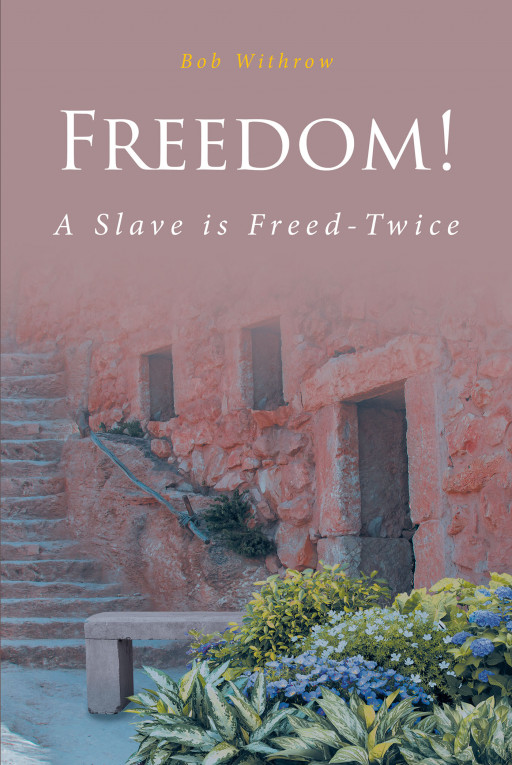 Fulton Books author Bob Withrow, an ordained chaplain, has completed his most recent book “Freedom! A Slave is Freed-Twice”: a riveting fiction that tells about a slave of a Macedonian estate who flees to Rome in the hopes of attaining freedom. After the lies and robberies throughout escape routes, will he find the liberty he is looking for?

Withrow writes, “‘However, in my mind, you have betrayed me. You have been demanding. You treat your slaves and everyone you meet harshly. The more I think about it, the more I want you to leave my house. I’m not sure if I ever want you back, but I need you to give me some time. It’s almost easy to say I forgive you, but deep down, it’s very hard. I’m really not sure that I have forgiven deep down just yet. We have had many trading deals with each other and have gone together on other deals. I can mentally forgive you, and I pray to God that it gets into my heart, but right now, you and I are finished with our deals.’

“A first-century slave, a trusted manager of a large estate in Macedonia, has decided he must run away to Rome. He wants to be a free man. He has swindled many neighbors, he has lied to friends and his master, and he has stolen several items to pay his way to Rome and set himself up in a business there. Along the way, he discovers that life doesn’t always go according to our plans. This journey of over 1,300 miles on foot definitely does not go according to his original dreams.”

Published by Fulton Books, Bob Withrow’s book is a tale of pursuing freedom and the reality of life. This journey of a man who mapped himself a plan to escape will bring readers an engrossing story worth hearing about.

Readers who wish to experience this fascinating work can purchase “Freedom! A Slave is Freed-Twice” at bookstores everywhere, or online at the Apple iTunes store, Amazon, Google Play or Barnes and Noble.

Bob Withrow's New Book 'Freedom! A Slave is Freed-Twice' Accounts a Thousand-Mile Journey Of A Runaway Slave In Pursuit Of Freedom