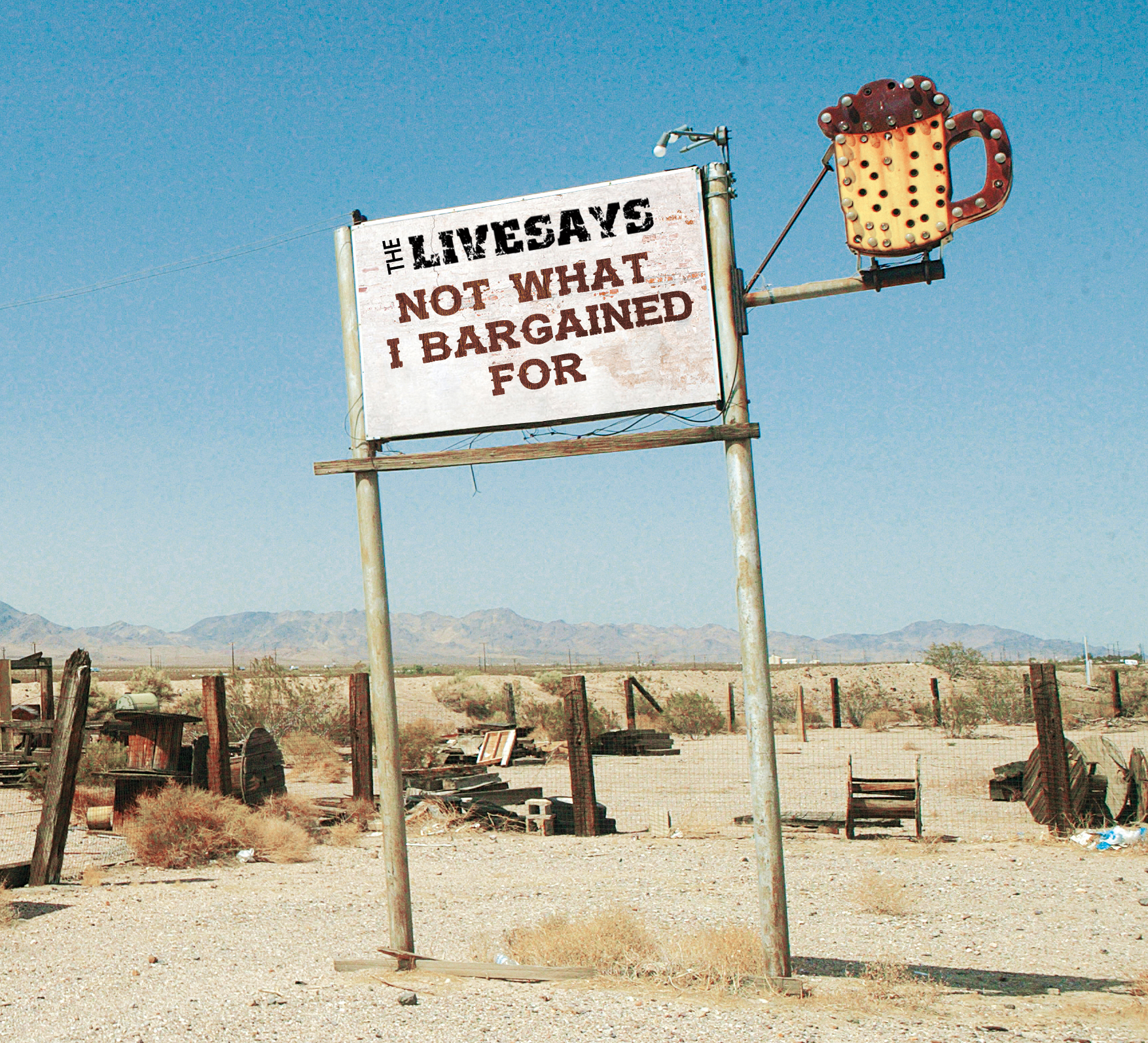 Navigating through Covid, and racial socio-political happenings in everyday life, The Livesays continue to release music that is insightful, poignant, and impactful.

Up-and-coming band The Livesays, featuring Clarence Clemons’ guitarist and vocalist Billy Livesay, are set to release their latest masterpiece in the form of their new album ‘Not What I Bargained For’. Billy Livesay, best known for his work with E-Street Band legend Clarence Clemons, is all set to make a dramatic return in the new album, which releases on September 1st, 2021, and promises to be a masterful hybrid of melody, passion, and rhythm.

The Livesays were forced to take a break from creating their 4th CD in 2018 upon the sudden and unfortunate death of their beloved drummer and bandmate Eddie Zyne. The search for a new drummer started in 2019, and it ended with the addition of Howard Goldberg while reconnecting with the pianist who left the band in 2014 – Timothy Murphy.

After the band reformed and regrouped, Covid hit in 2020, forcing the entire world into lockdown. And so, secluded in his Lauderdale-area home, critically acclaimed singer and songwriter Billy Livesay began to write, creating a whole new set of songs comprising two entirely new albums, the latest being ‘Not What I Bargained For’.

Most of the songs in the latest album are reflective of whatever is happening around the world in recent times, specifically focusing on the socio-political disparities that exist in our society. With 12 new songs about life in 2021, The Livesays are ambitiously releasing their 5th CD (and second in less than a year) as a cathartic, creative release.

Go to http://www.thelivesaysmusic.com/ to find out more about The Livesays’ music, and make sure to follow them on Instagram/Facebook/Twitter. For interviews, reviews, and collaborations, feel free to reach out through email.

The Livesays are respected members of the South Florida music community. They are a Heartland-Rock revivalist offering up a blend of Americana and Roots Rock infused with Pop, Blues, Funk and Soul, forging a national career, which includes, the licensing of 21 original songs to MTV for a series, and publishing deals with Transition Music, Kid Gloves Music, Crucial Music and Fervor Records. Credits include placement of songs on television shows such as: “Saving Grace,” “Witch Blade,” “Robin’s Hoods,” “Doogie Howser,” “King of The Hill,” “The Matthew Sheppard Story,” “Samantha Who,” “My Name Is Earl.” “One Tree Hill”, and countless Netflix and Amazon series.

The Livesays have been dubbed “Heartland-Rock revivalists” offering up a blend of Americana and roots rock infused with pop, blues, funk and soul. They are long respected members of the South Florida music community, well known for their dynamic live performances. They have opened for dozens of international artists and have been featured at countless rock, blues and indie festivals.

Their latest album, titled ‘Not What I Bargained For’ is going to be released globally on September 1st, 2021. This album comprises 12 tracks – Ten new original songs and two surprise classic covers. Everything was recorded in Billy Livesay’s home studio, produced by Billy, mixed by Grammy-nominated engineer Steve Gordon, and mastered by Grammy-winning engineer Mike Fuller at Fullersound in Ft Lauderdale.