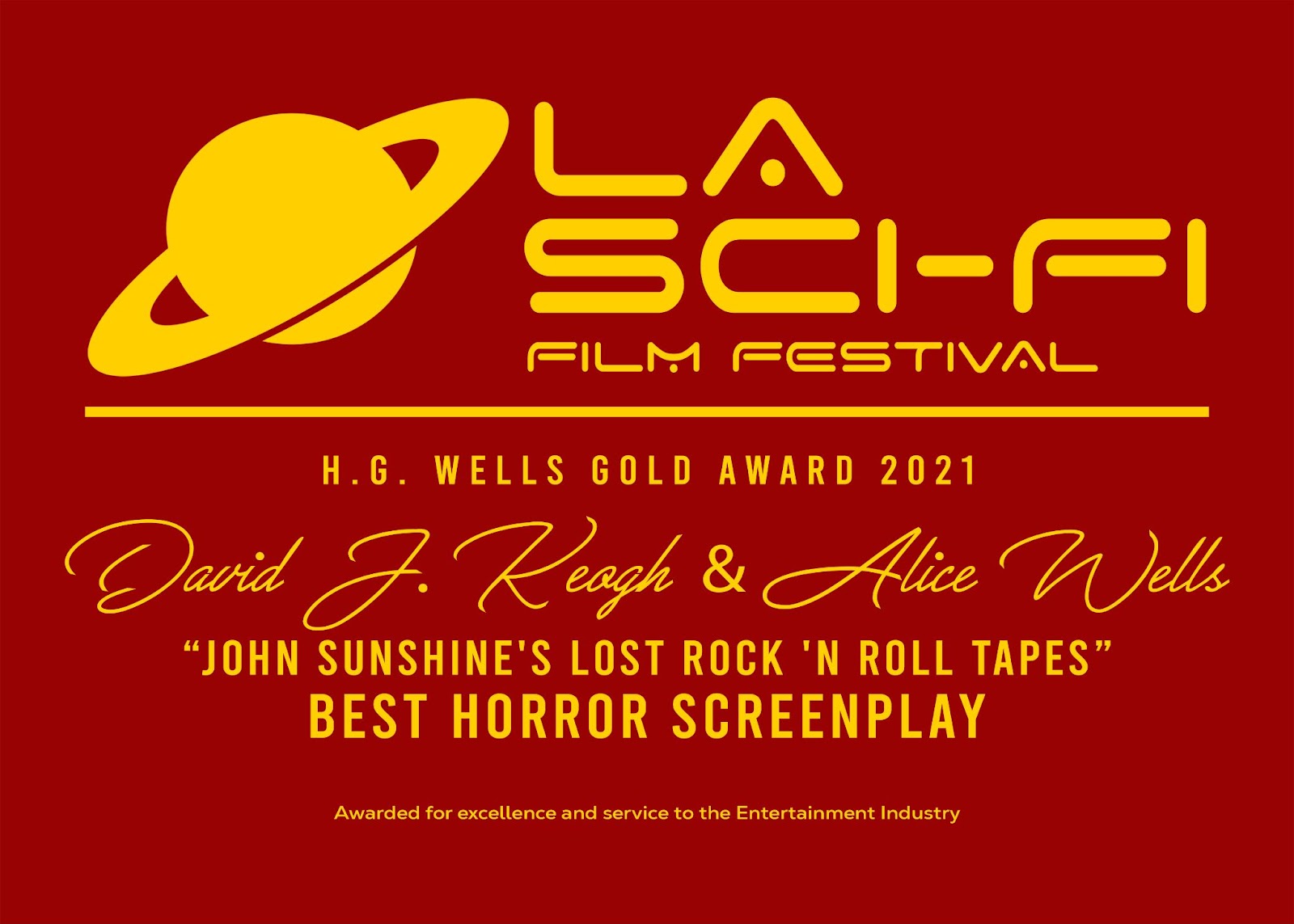 Co-created and co-written by Alice Wells and David J. Keogh, John Sunshine has won and placed 14x internationally including their latest win, placement as a Semi-Finalist in Portland Screenplay Awards (Top 10%), as 1 of only 28 total awardees in Barnstorm Media’s BOLT 2021 contest (Top 5%), Honorable Mention in the Finish Line Script Competition (Top 18%), and numerous international awards for Best Television Screenplay.

John Sunshine follows four teenage friends in 1976 – fresh out of high school – in a battle of good vs. evil as they fight for their souls and lives while travelling the Pacific Northwest interviewing obscure and fantastical experimental bands while trying to get a job at CREEM Magazine and avoiding certain death.

The pilot episode for John Sunshine is filming in Portland, Oregon, USA in January 2022 and is currently fundraising to support the pilot filming via Indiegogo.

Co-creators/writers Alice and David bring real and diverse characters to life that are non-stereotypical and full of deep human emotions even amongst the surreal and fantastical horror elements they will face.

“It’s atypical to have characters explore such deep human emotions in a horror show like this,” notes Alice. “Our characters face horrific situations in an epic battle that is unknown to them until they have no choice but to face the truth and reveal their true selves.”

On why John Sunshine is so unique, David notes: “It works on so many levels – there’s a lot more happening than you first think. It’s a classic battle of good v evil (or is it) and it gets harder to pick sides as the series progresses. You’ll be torn, you’ll root for the good guys, the bad guys, the badder guys.”

Alice further notes: “John Sunshine is a real melting pot of genres including horror, dark comedy, thriller, rock/mock, and found footage with fantastical creatures and a story of friendship, family, betrayal, love, and acceptance that has echoed through the ages.”

In addition to the awards, John Sunshine has received excellent notes from WeScreenplay – Hollywood’s #1 Script Coverage Service. Highlights include: 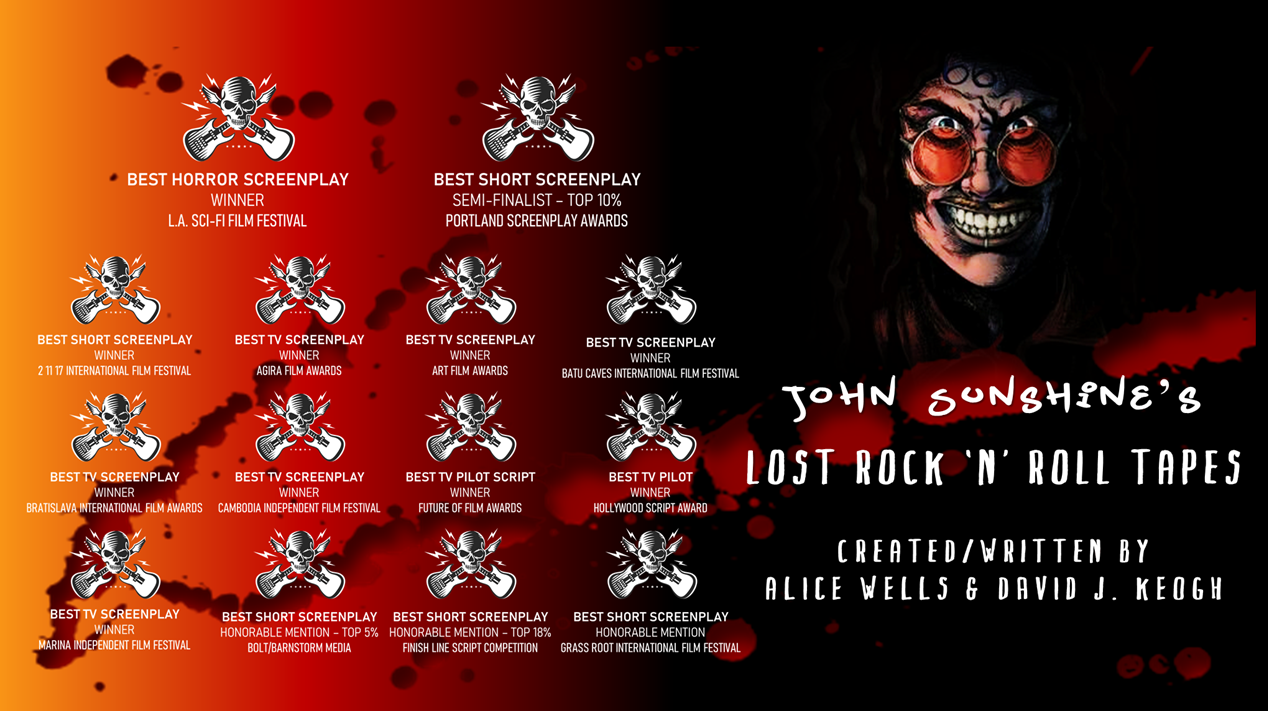 About filming in PNW, Portland residents Alice Wells and Director Luke Zwanziger say “filming a horror TV pilot in Portland is a dream come true. There’s no other place that has this fantastical and surreal vibe that makes it the perfect place to film a show like this.”

Alice notes ‘Portland and Oregon as a whole’ are one of the best places to film. They offer rich and limitless filming locations, some of the best creative talent around, and the entire film community is incredibly supportive, especially for shows like this. We are sure that John Sunshine will be an instant cult classic crossing multiple generations and will truly help solidify the PNW as a place to film horror.”

Cordell Productions is a full-service production company offering a variety services including acting, script services, production, and music. We are also supporting a number of film and TV projects in the US and UK as Investors, Executive Producers, Writers, and Creative Direction Consultants. Aside from John Sunshine, our latest projects include ‘Curiosity,’ by award-winning writer/producer Tasha Hardy starring Bob Clendenin, Eddie Steeples, Joseph D. Reitman, and John Lehr and ‘I Want to Live on Mars,’ a feature film currently in post-production.