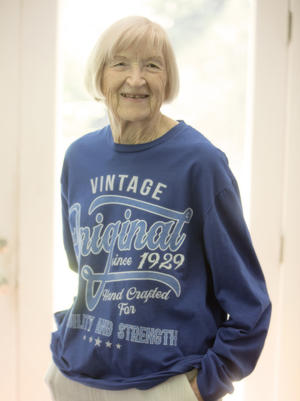 WILMINGTON, NC, May 14, 2022 /24-7PressRelease/ — All of us are experiencing the vexing effects of worker shortages, brought about by a global pandemic. Some store shelves are nearly bare due to supply chain issues. Fast food restaurants are practically begging for workers, offering sign-on bonuses as an enticement. Many non-essential services have been cut or greatly reduced. Entire industries have been slowed to a crawl. There are not enough workers to fill the available jobs. Those who are working are being pushed into filling the gap by working harder, or putting in overtime hours. All of us suffer as a result, some more than others. It is frustrating, annoying and exasperating.

Frustration and irritation pale however in comparison to the potentially life-threatening problems brought about by a shortage of workers in the field of health care, especially for those who depend on health care professionals to meet their ongoing daily needs. It can be a matter of life and death. Frances Fuller, award-winning author of “Helping Yourself Grow Old” addressed that question in a recent post on her website:

A friend of mine here in the elder care community was in pain. I could see it on her face. It was 10:00 a.m. and the medicine she was supposed to take at 7:00 had not arrived. A couple of Tylenol was all she needed, but residents in assisted care must surrender to the nursing staff every drug in their possession, the point being that they have admitted an inability to take the right medicine at the right time in the right amount.

Bravely, Annie had come to the group study anyway, and the distress on her face tested my ethical commitments. With the classification of “independent living,” I had Tylenol in my bedside table and would gladly share with Alice. But this is against the rules, and if anything went wrong as a result, I could be in trouble.

Susan, also a part of this small group, did not get to the meeting at all, because the attendant who helps her shower and dress came very late.

Meanwhile, down the hall, Betty, who had recently lost her ability to walk, needed someone to push her wheelchair. On a beautiful spring day she longed to go out to the patio and sit in the sun, but all the attendants were busy, so she stayed in the sitting room, wishing. Again, a healthy friend could not help since she isn’t covered by the company’s insurance.

My problem was less serious than those of Annie, Susan and Betty. I missed the evening news because service in the dining room was so slow.

This was the height of the pandemic. Hospitals were full of dangerously sick and contagious people. Health care workers were breaking under the stress. Childcare programs and schools had closed, leaving parents stranded.

As a result of all this, homes for the aged and ailing were understaffed. Some of their employees refused to be vaccinated and had to be dismissed. And it seemed that everybody who could work was demanding more money.

This situation exposed the truth that long-term care facilities are dependent on more than just trained health care staff but also a variety of other workers in the local market.

An acquaintance in another home told me that her community lost its chef, and sometimes the administrators resorted to ordering pizza delivery for the residents. One community was embarrassed to have dirty halls and no one to do the cleaning. All were short of cooks, waiters, gardeners, and cleaning staff, as well as nurses.

One way or another the overall industry lost 400,000 employees during the covid pandemic, according to McKnight’s Business Daily.

Business correspondents are saying now that a large number of workers who left the American job market during the pandemic don’t seem to be in a hurry to return. President Biden reported recently that fewer people are looking for jobs than anytime since 1950. Low unemployment is normally considered a healthy economic symptom. In this case it apparently means also that the return to normal is slow.

An assisted care community is not like a restaurant. The owner can’t just close the doors for a while.

The full piece is available at her site at http://www.francesfullerauthor.com.

Frances Fuller’s book is unique among the many books on aging, because it is personal, while most such books are written from an academic point of view. Most are penned by sociologists, doctors, gerontologists, even the CEO of AARP, and one by a Catholic nun, Joan Chittister. Chittister’s book, ‘The Gift of Years’ is beautifully written, focusing on spiritual values and finding meaning in life. Chittister admits in the preface that she was only 70, which is the front edge of aging, and her book is somewhat abstract.

Atul Gawande’s book, ‘On Being Mortal’, relates medicine and old age, It enjoys high Amazon rankings, in the category of “the sociology of aging.” It contains a great deal of valuable scientific information and shows understanding of the physical and emotional needs of the elderly.

Frances Fuller’s book, ‘Helping Yourself Grow Old, Things I Said To Myself When I Was Almost Ninety’, is an up-close and very personal encounter with aging. It is an uncontrived and firsthand look at her own daily experiences: wrestling with physical limitations, grief, loneliness, fears, and the decisions she has made about how to cope with these and keep becoming a better person. She faces regrets and the need to forgive herself and others and is determined to live in a way that blesses her children and grandchildren.

Frances deals with many common, universal but sometimes private issues in an open, conversational tone. Her confessions and decisions invite self-searching and discussion. She tries to make sense of her own past and to understand her responsibility to younger generations. In the process she shares her daily life, enriched with memories from her fascinating experiences. Her stories and her voice — fresh, honest, irresistible — keep the reader eager for more. The end result is a book that helps create a detailed map through the challenging terrain of old age.

The result of this intimate narrative is that readers laugh, cry and identify with her mistakes and problems. Reviewers have called the book, “unique,” “honest,” “witty,” “poignant,” “challenging” and “life-changing.”

For these reasons it is a book unlike any other book on aging you will ever read. The book can serve as a primer on what lies in store for all of us, from someone who is working through many of these issues. While the book is a perfect fit for book clubs, there are many other individuals and groups who could benefit from the information and ideas in the book:

and a host of others. For group discussions, Fuller has made a set of discussion questions available at her website at http://www.FrancesFullerAuthor.com.

Readers have lavished praise on the new book. One Amazon review stated, “I find myself thinking,’I need to read this again and take notes!’ It’s full of wisdom, humor, and grace. I also have committed to rereading it annually – it’s that important!” Another said, “There is valuable life experience in this book. Helping Yourself Grow Old is truly is a book for all ages, and one not to be missed.” Another stated, “Beautifully written book telling timeless truths, for both the old and the young. Highly recommend this book for anyone who loves to laugh, cry, and learn wisdom from someone who has lived so much life.”

Frances’ prior work, ‘In Borrowed Houses’, has taken three industry awards and has achieved Bestseller status. Frances Fuller was the Grand Prize winner in the 2015 ’50 Great Writers You Should Be Reading’ Book Awards. It received the bronze medal for memoir in the Illumination Book Awards in 2014. Northern California Publishers and Authors annually gives awards for literature produced by residents of the area. In 2015 ‘In Borrowed Houses’ received two prizes: Best Non-fiction and Best Cover.

Critics have also praised ‘In Borrowed Houses.’ A judge in the 22nd Annual Writer’s Digest Self-Published Book Awards called ‘In Borrowed Houses’ ” . . a well written book full of compassion . . . a captivating story . . . “. Another reviewer described the book as “Wise, honest, sensitive, funny, heart-wrenching . . .”. Colin Chapman, lecturer in Islamic Studies at the Near East School of Theology in Beirut said, ” . . . western Christians and Middle Eastern Christians need to read this story…full of remarkable perceptiveness and genuine hope.”

Frances has shared stories about her life in an interview with Women Over 70, and a recording is available on their Facebook page.

Frances Fuller spent thirty years in the violent Middle East and for twenty-four of those years was the director of a Christian publishing program with offices in Lebanon. While leading the development of spiritual books in the Arabic language, she survived long years of civil war and invasions.