Factory Film Studio and Toronto based AMG, have announced a Strategic Partnership and Joint Venture to align the mutually beneficial assets and associations between the two companies and to financially produce feature film & multi-episodic television/streaming series content under exclusive license with both entities. 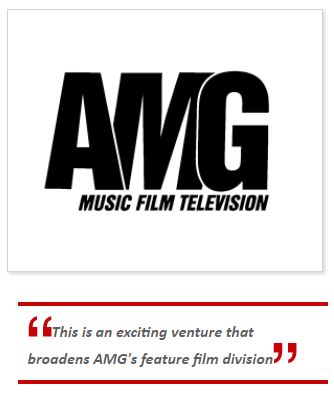 The joint-venture will consider creating content that maximizes both entities unique ability to manage & exploit both visual & audio intellectual properties across a broad spectrum of platforms & services. In addition, the agreement solidifies their already existing Output relationship and branding between the entities while leveraging the strengths of Factory’s functions to facilitate the production, acquisitions branding and distribution of AMG’s motion picture content across multiple platforms including domestic, foreign and video on demand (VOD) platforms.

“This is a natural extension of our core business, further capitalizing on the ever-growing film and music licensing opportunities available for independently produced content. Mark & Duane have excelled at creating unique propositions for artists and content creators and we are thrilled to work with them” states Michael Patrick Lilly, Chief Creative Officer at Factory Film Studio.

“We are extremely excited about the alliance with Michael & Factory Film Studio. Its assets and alignment synchronize perfectly with our motion picture and television/streaming division that will translate to substantial accelerated value & revenue for both parties,” AMG Chairman Mark Berry announced today.

“This is an exciting venture that broadens AMG’s feature film division and adds significantly to our main film/television production business,” says Duane Farley, EVP of AMG. “In addition, AMG has great projects in development that we look forward to merging with Michael Lilly’s expertise and production slate. This exciting partnership brings new opportunities for both companies to broaden film and series production which we expect to further expand revenue and returns.”

Since its founding, AMG Visuals has executive produced, financed or distributed several feature length film projects, including Drake: Homecoming and the upcoming General Two Gun multi-episodic TV series; and has almost an equal amount in development.

AttackTrax is one of the world’s leading providers of 100% pre-cleared production music in all media. AttackTrax is committed to quality and offers 5,000+ tracks of music in all genres from world renowned music publishing catalogues. Previous AttackTrax insertions have included Making of The Matrix Reloaded, Coach Carter, Urban Legend, Harvard Man, Dawsons Creek, Roswell, MTV, Viacom, VH1 and many more including major sports programs internationally. Attacktrax has been designed as a state-of-the-art, automated, online customer experience and decision engine that functions on all platforms and complements an already world-class AttackTrax brand.

Responding to a once in a decade opportunity to capture market-share specifically in the Canadian feature film production and distribution space; Factory Film Studio will become a major player with an established relationship of vendors across the country.

Factory Film Studio is a vertically integrated development, production, marketing, sales and distribution company with a catalogue of over 120 feature films. Film budgets range from $50k to $5M, the catalogue is comprised of 50% Canadian content, 40% from the US and 10% from the remainder of the world. Factory Film Studio manages the exclusive Rights for the entire catalogue, usually including the entire the World. As required; Factory Film Studio assists its clients with various production needs including tax credit preparations, E&O considerations and final physical deliveries. FFS in-house team manages all the final deliverables and marketing collateral.