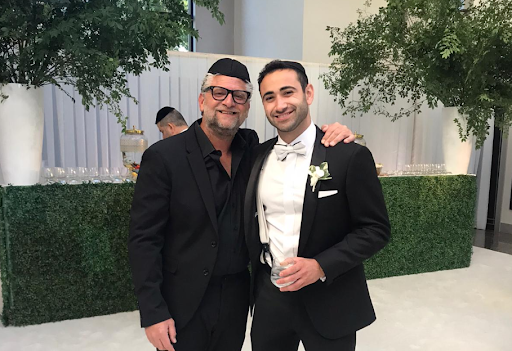 “I keep my doors open for my team at all times” Aaron Regev
A report on Aaron Regev’s interview with Resident Weekly and his advice on how one can be a better mentor.

Aaron Regev, Sales Manager of the home warranty company, Total Home Protection, was interviewed by Resident Weekly on the relationship between ‘mentor and mentee’.

The interview started with an introduction from Aaron Regev himself.

He revealed that he considered his parents his first mentors. Explaining that the most important thing he had learned from them was the virtue of “hard work.”

“My parents were the kind of people that went above and beyond to chase after their dreams…” Aaron shared, and then said that they had instilled that same drive into him from a very young age.

Aaron Regev then went on to talk about the other mentors he had after his parents. Stating that when he had been working as just your regular salesperson, he had had someone to teach him how to fill that role. And that, later on in life, he began to seek out mentors personally in order to pursue more challenging career paths.

“I’ve had both good and bad experiences with mentors over the years,” Aaron Regev admitted. Going on to explain that, sometimes, mentors and mentees are just not the right fit for each other.

On the subject of his own mentor qualifications. He described his own leadership style as “stern but inviting”, saying: “I keep my doors open for my team at all times” because he believed that, as their leader, he should always be there for his mentees to talk to when it comes to working things out.

In terms of leadership advice, Aaron Regev says that effective communication, being available, and cultivating a keen eye are what make a good mentor. These three, and passion, are what he considers most important. Stating that in order to “keep going”, one must be passionate about helping their mentees grow.

His three hard rules in mentorship, as revealed in the interview, are as follows:

And, if you’re wondering about how Aaron Regev sees the practice of mentorship as a whole, he had this to say: “Mentorships are a great way of increasing the overall effectiveness of an organization… By helping individuals grow, you’re enriching the whole.”

To read the full interview with Aaron Regev, visit residentweekly.com