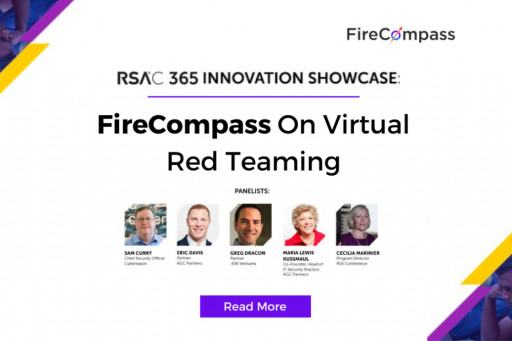 “Since most businesses are moving to the cloud and with cybersecurity space getting more diverse, the attack surface is increasing. This is why there is a need for automation in red teaming. With the threats scaling up offensive attack simulation mixed with vulnerability scanning is a must,” said Maria Kussmaul, Co-Founder, AGC Partners.

“We are thrilled to be a part of RSAC 365 Innovation Showcase,” said Bikash Barai, Co-founder of FireCompass. “Organizations typically conduct security testing only a few times a year on a partial list of online assets, excluding shadow IT unknown to security teams. Meanwhile, hackers are always attempting attacks on the entirety of their assets. FireCompass’ vision is to make Continuous Automated Red Teaming (CART) available to all so that organizations can discover and test all their assets at all times – just like real attackers do,” added Bikash. Speaking about the vision, Sam Curry, Cyber Security Officer, Cyber Reason added that the solution “democratizes CART and ASM.”

FireCompass is being used by top telcos, banks, financial services and technology companies. The founders’ previous endeavours include iViZ, which was acquired by Cigital(/Synopsys) and CISOPlatform, one of the largest communities of CISOs and security executives. The team has multiple patents in IT security and have broken the best cybersecurity products, including McAfee, Microsoft Bit Locker, Sophos, AVG etc.