MAHE, SEYCHELLES / ACCESSWIRE / April 22, 2021 / TomoFinance, a platform for issuing Tomochain's decentralized Stablecoin, TAI, is scheduled to be released on April 26. 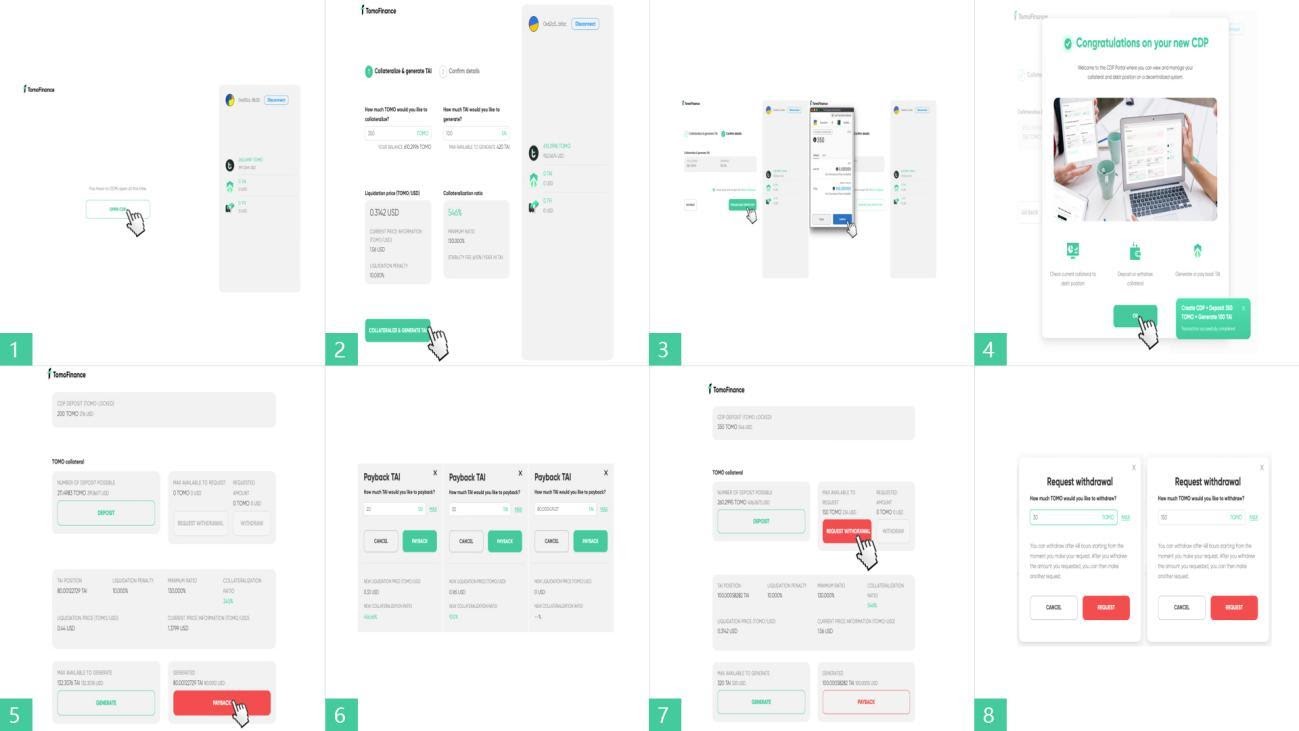 TAI is a TRC-21 token that functions as a Stablecoin and worth equal to $1. Users can generate TAI by depositing their collateral assets (TOMO) with TomoFinance.

TomoChain, used by TomoFinance, is a blockchain that uses Proof-of-Stake Voting consensus. It features 2000 TPS, a 2-second block time, and almost zero fees while being EVM-compliant to solve the issues of Ethereum.

Using TomoChain's native token (TOMO) as collateral to issue TAI has the advantage of providing stable operations without having to sell the TOMO.

How do users deposit TOMO and issue a TAI?

To issue TAI, users need to create a CDP (Collateralized Debt Position) and deposit TOMO as collateral.
CDP is a smart contract that runs on the TomoChain blockchain and is the core of issuing TAI.

There are two points to note

・Click "OPEN CDP" from the home page and enter the amount of TOMO one wishes to deposit/TAI one wants to generate.

Please make sure that no liquidation will occur.

How do users repay their borrowed TAI and receive TOMO?

One can repay any part of the TAI he or she borrowed.

・Click "PAYBACK" on the CDP management page to start repayment.
・Users will be able to repay the amount of TAI they have borrowed.

The TAI users pay back includes interest, 50% of which will be returned to users in the form of TomoFinance's TFI governance token. This TFI token will be available in the future for participation in governance and for earning staking rewards.