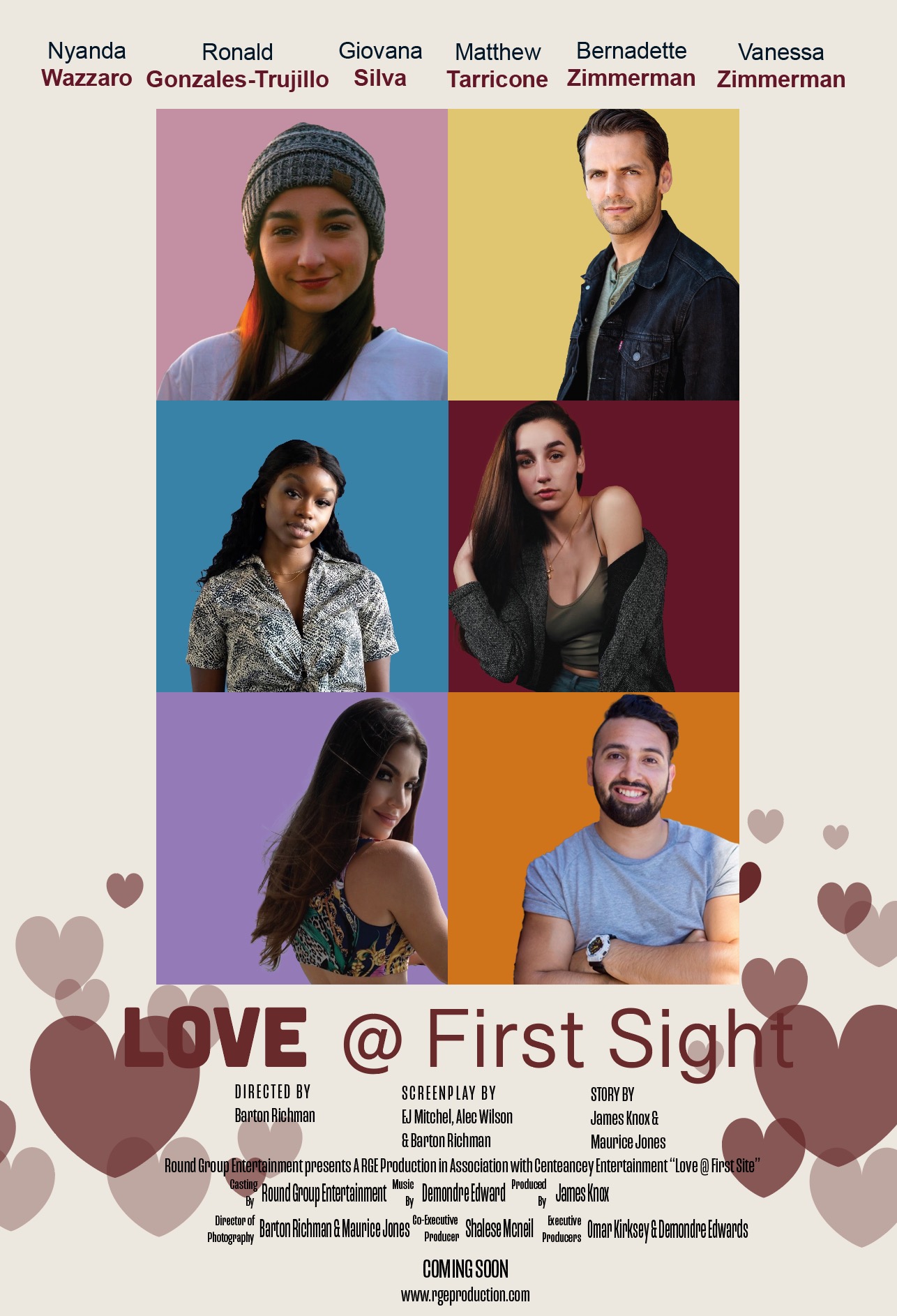 Round Group Entertainment announces collaboration with Centeancey Entertainment to bring Love @ First Sight to the public. The story is about a young bachelor, Julian, now 25, who moves to LA for work where he happens to run into his good friend and former love interest, Carmen who he’s lost touch with since graduation. Carmen takes him on a deeper journey through online dating as well as a new sense of self-discovery. Getting Julian more out of his comfort zone, they go through life together growing into the people they were born to be. It’s Friends, Cheers, Living Single all wrapped into the modern era.

Round Group Entertainment has casted Nyanda Wazarro, Ronald Gonzales-Trujillo, Giovana Silva, Matthew Tarricone, Bernadette Zimmerman, and Vanessa Zimmerman to showcase the emotional and romantic stories of the main characters. Directed by Barton Richman with a screenplay written by EJ Mitchell, Alec Wilson, Barton Richman, and story by James Knox and Maurice Jones, the series is slated to begin production March 26th, 2020. A link is provided below for anyone who would like to receive more insight on the film and pledge to the kickstarter.

About Round Group Entertainment LLC

Led by rising Hollywood producers & executives James Knox and Maurice Jones, in partnership with parent company Round Group Entertainment, RGE Productions is a first-of-its-kind independent TV production and branded content company, producing episodic scripted and unscripted series across television and digital platforms, compelling content for brand clients, and its own operated platforms. We connect to our audience with a credibility that has yielded unprecedented success.

​RGE Productions is on its way to achieving unprecedented success with five films on their slate through 2020-2021, and one of the most soon to be successful romantic comedies series , Love at First Site. Our unique understanding of the New American Mainstream audience will only continue to result in success that outpaces the industry by record margins.

The post Round Group Entertainment and Centeancey Entertainment form a new partnership to bring Love @ First Site to the big screen first appeared on PRUnderground.