Recent release 'Austronesia: The Revival' from Newman Springs Publishing author Gerardo L. Bautista is an illuminating historical story about Austronesia and the Philippines coupled with pictures, facts, and humorous remarks. 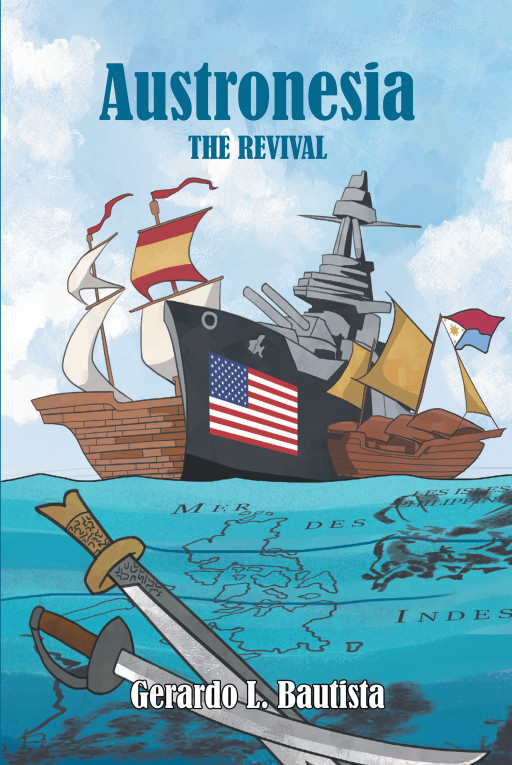 Gerardo L. Bautista, a decorated Vietnam War veteran currently working on his biography, has completed his new book “Austronesia: The Revival”: a gripping and potent literary that traces the origins of Austronesia and the coming of various ethnicities into the Philippine archipelago in history.

Gerardo writes, “The main objective of this book is to reinstate the family of the forgotten region of Austronesia, and the ‘Archipelago’ presently called ‘Philippines’. Its story was summarized into nine chapters, while the tenth chapter was the author’s opinion to replace the name ‘Philippines’ into ‘Archesia’.

The first nine chapters was based on a true story where the name ‘Austronesia’ is the introductory feature, followed by the migration of different ethnicity into an Archipelago caused by the breakup of the forgotten region.

The book is written in tri-lingual sentences and contains humorous add-ons including pictures, to serve as evidence that supports the factual story.

However after 377 years of its administration in the Philippines, Spain surrendered the territory to the United States of America at the ‘Treaty of Paris’ in December 1898.

Eventually, the Philippine is no longer owned by Spain, and it’s appropriate to rename the Archipelago with title such as ‘Archesia’, which blends with the rest of the ‘ESIAN’ family.

Furthermore, the survey from the American Census Bureau in 2017 concerning reclassifying the inhabitants of the Philippine Island as ‘Pacific Islanders’ in the year 2020, has triggered the author to race against time in presenting the name ‘ARCHESIA’, if the Filipinos are ready for change.

Published by Newman Springs Publishing, Gerardo L. Bautista’s historical-based tale gives the readers a ten-chapter story of a region that was forgotten in history. This manuscript illuminates the minds of many about tales, backgrounds, and people that have played their roles throughout the years.

Fusing reality and fiction, this is a book everyone could enjoy!

Readers who wish to experience this excellent work can purchase “Austronesia: The Revival” at bookstores everywhere, or online at the Apple iBooks Store, Amazon, or Barnes and Noble.