​​​In Germany, the Neutrino Energy Group believes it has developed the next stage in alternative automotive technologies with the Car Pi, a new type of automobile that solely uses the power of neutrinos and other electromagnetic radiation for its operation.​ 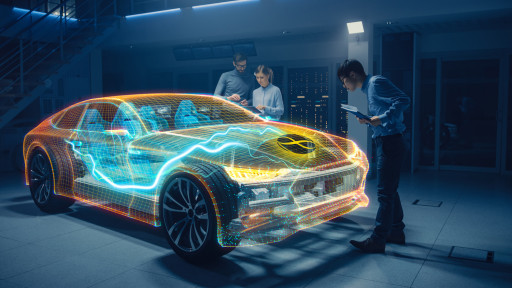 While automobiles that use fossil fuels are inherently unsustainable, the lack of viable alternatives has led the world to turn its eyes away from this reality. The rise of electric car manufacturers like Tesla, however, has forced greater attention to events like the German diesel scandal of 2019, drawing consumer and investor focus to massive changes that could soon rock the global automotive market.

The Car Pi Will Change the Auto Industry More Than Tesla

Germany has long been known as one of the world’s epicenters of automotive engineering. However, there are rapidly shifting standards within the automotive market. As the 2019 diesel scandal makes clear, complying with ever-tighter emissions regulations naturally incentivizes mass-scale deception, and automobiles that use internal combustion engines are increasingly threatened by electric cars produced by Tesla and its competitors.

In the Car Pi we have an automotive technology that simultaneously serves as an alternative to Tesla’s rechargeable batteries and blows internal combustion technology out of the water.

The Power of the Car Pi Has No End

The Neutrino Energy Group chose the name “Car Pi” due to the endless nature of the value of pi. Just as the digits of this value go on forever, so will the revolutionary energy technology included in the Car Pi endlessly propel this unprecedented automotive innovation.

In 2015, it was discovered that neutrinos have mass, indicating that these ethereal “ghost particles” can also be harnessed for electrical energy. The first demonstration of neutrinovoltaic technology took place in 2017, proving that it’s possible to derive electricity from the kinetic force. Micro vibrations at nanoscaled doped graphene structured at the right geometry and shape are the key. Implemented in automobiles, neutrinovoltaic power will initially supplement existing battery technologies and eventually eliminate the need for batteries altogether. Combined with the incorporation of lightweight materials into compact automobile frames, the innovative energy technology behind the Car Pi will eventually instate a new paradigm of zero-emissions vehicles that never have to be recharged.

The Latest German Automotive Revolution Will Change the World

Yet again, one of the greatest revolutions in automotive technology will emerge in Germany. However, Holger Thorsten Schubart, the visionary philanthropist behind the Neutrino Energy Group, won’t be doing it alone. Relying on partners in the United States, India, and beyond, Schubart is building an international coalition of like-minded scientists and engineers who will make the Car Pi into a reality.

There’s no reason that the automotive market should slack just because our current technologies aren’t up to the task. Innovation will always light our way forward.