In September 2020, Eva received the Best Director awards by the Hollywood Women's Film Institute for ​Little French Fish​. Her previous film, ​Ok, Mum​, won the Best Picture award at the Los Angeles Film Festival and was selected for the Short Film Corner at the Cannes Film Festival in 2017. 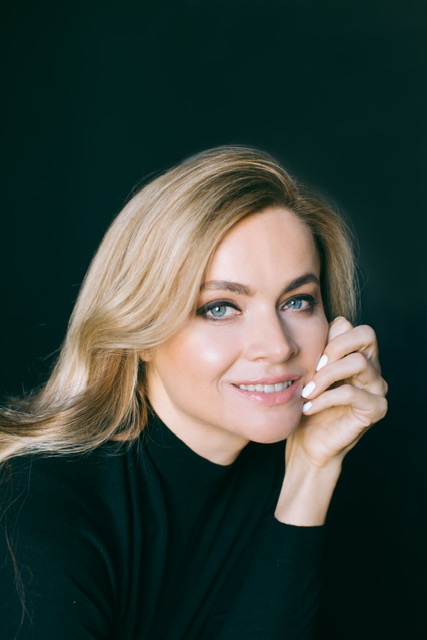 Little French Fish, starring British actors Jonas Khan and Devora Wilde, is based on the book "Musée d'une histoire naturelle," written by French writer Marina Kokush. The film brings attention to the global stigma against interracial marriages through an Orthodox Jewish woman and a Muslim man's relationship. The film follows an intercultural couple falling in love while feeling the pressure of traditional conflicts and strict social orders. This young couple must choose between two difficult options: follow tradition and please society or break current conventions and follow their hearts.

As current relations between the UAE and Israel begin to improve, advancing peace in the Middle East and normalizing ties between both countries, Lanska's film conveys the wistful and anguishing sentiments felt by both communities through a new spin on the classic Romeo and Juliet tale.

Eva Lanska's film studies the ideal notion of acceptance in a conflicting circumstance. She poses pressing questions throughout the film, giving ambiguous answers to direct her audience to reflect on the choices and ultimately decide what the main characters' should do. When asked about the reasoning behind her film's ending, Eva mentioned that "in such difficult circumstances, I want my audience to understand the weight of such choices and that in our modern world, where can they really escape? I posed this question to my viewers to let them decide what the heroes should do, and by doing so, make them feel responsible for their fate".

Eva is a London-based director and screenwriter. After graduating from the London Film Academy, Eva Lanska focused on producing documentary and feature films. She has directed several award-winning films recognized throughout Europe and America. Art, literature, French cinematography, and the Parisian ambiance have been significant influences and inspiration sources throughout her work.

Eva Lanska is also actively involved in child protection movements and continues to bring awareness to alarming social issues through her films.