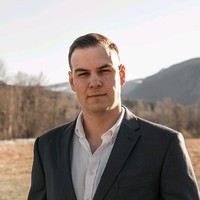 Asa Palagi commented on his support of a Republican Governor, even though it opposes his general stance of independence, with the following message: “The government shutdowns are not only unconstitutional, but they are also unethical, immoral, counterproductive, and disproportionately impact those who are at socioeconomic disadvantages. The glorification of extended shutdowns is disgusting and shameful.”

“These messages are perpetrated by the mainstream media, liberal politicians that have protected paychecks, as well as coastal elites who are all predominantly white, highly educated, and financially well off,” Palagi continues. “This will create the largest class divide of the last few hundred years and throw minorities and low wage workers deep into the lower class, while those screaming for shutdowns are protected and create a large elite class.”

When initially developed, the Asa4Gov Campaign was focused primarily on free enterprise and highlighted the idea that the key to solving key issues in the state would stem from the private sector. Palagi’s campaign also determined it was immoral to arbitrarily shut down industries, as work is truly the only means to provide for a family.

“Creating a dependence on the government is not only unethical but completely unsustainable,” Palagi states. “These issues we have created from the backlash of COVID-19 will haunt our children and our children’s children. They will be the ones to pay for this from our leadership’s horrible response.”

Palagi’s withdrawal was due to unmentioned personal reasons.

For information regarding this matter, please contact the Asa4Gov Campaign or the Friends of Asa PAC at info@asa4gov.com.

Asa Palagi is an entrepreneur, businessman, and Army Officer. Through the Asa4Gov Campaign, Palagi emphasized individual freedoms and responsibilities. Palagi believes the responsibility of the elderly or immune-compromised is to stay home, while healthy people should work and engage in consumerism, in order to have a stable economy.

If Governor Inslee is elected for another term, Palagi is worried small businesses will close forever, and the state will see only large corporations flourish. Palagi is ultimately worried the lower class will be left behind and dependent on the government.

In his final words, Palagi believes that the time is now to open all businesses – an ultimate opportunity for courageous and brave Americans to preserve what is right.