The study or white paper is meant to guide discussions among the seven states on how to renegotiate certain parts of the Law of the River that will expire in 2026.

The Law of the River or the Colorado River Compact is a 1922 agreement among seven U.S. states in the basin of the Colorado River in the American Southwest governing the allocation of the water rights to the river’s water among the parties of the interstate compact. 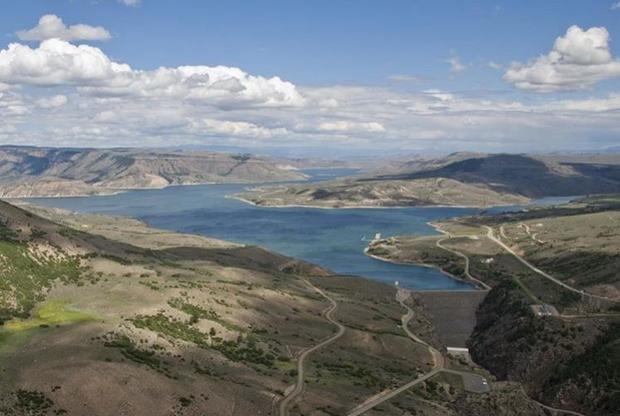 The Colorado River Storage Project provides for the comprehensive development of the Upper Colorado River Basin. The project furnishes the long-term regulatory storage needed to permit States in the upper basin to meet their flow obligation at Lees Ferry, Arizona, as defined in the Colorado River Compact and still use their apportioned water.
Bureau of Reclamation / USBR
It divides the river basin into two areas, with Colorado, New Mexico, Utah, and Wyoming in the Upper Basin, and Nevada, Arizona, and California making up the Lower Basin. Over the years, allotments to states in the Upper and Lower basins has changed very little.
Advertisement. Scroll to continue reading.

In addition to this, 1.5 million acre-feet per year (59 cubic meters per second) of Colorado River water is allocated to Mexico, pursuant to the treaty relating to the use of waters of the Colorado and Tijuana Rivers and of the Rio Grande, signed February 3, 1944, and its supplementary protocol signed November 14, 1944. 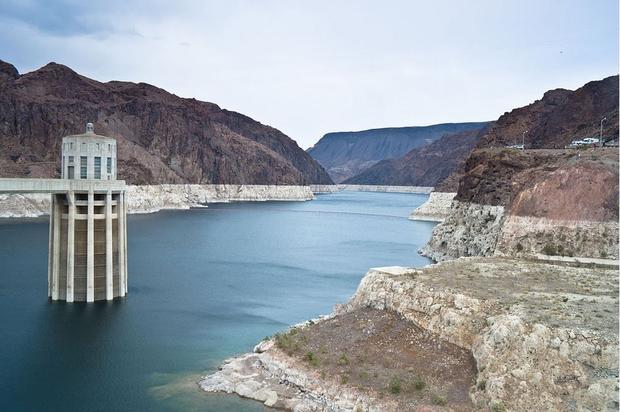 Lake Mead on April 13, 2012. The reservoir was at 1,123.93 feet above sea level. On Wednesday, March 10, 2021, the water level was 1,086.73 feet.
Adam Kliczek (CC BY-SA 3.0 PL)
Without a doubt, there have been squabbles and a lot of nit-picking between the states that even included what the river was to be called. A portion of the Colorado River upstream from its confluence with the Green River had been known locally as the “Grand River.”

Residents in Utah and Colorado didn’t want the name changed, and the new name was enforced locally by acts of the state legislatures in both states in the early 1920s.

And in 1934, Arizona, unhappy with California’s decision to dam and divert the river, called out the National Guard and even commissioned a two-boat “navy.” The matter was eventually settled in court. 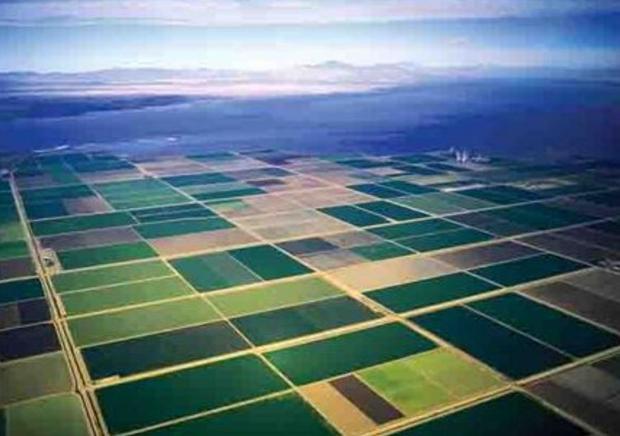 The Colorado River is the sole source of water for the Imperial Valley in southern California, one of the most productive agricultural regions in the U.S. Image dated 2008.
Spacenut525 at English Wikipedia
Times have changed since 1922
Not only have times changed, but so has the growth of cities in the West, and more to the point – our climate has changed. While future development was the prime concern of the Colorado River Compact, when signed in 1922, no one could have foreseen the results that ensued.

In recent years, decreased precipitation and a prolonged series of droughts has significantly decreased the flow of water in the Colorado River. When the Law of the River was negotiated, the period used as the basis for the “average” flow of the river (1905–1922) included periods of abnormally high precipitation. 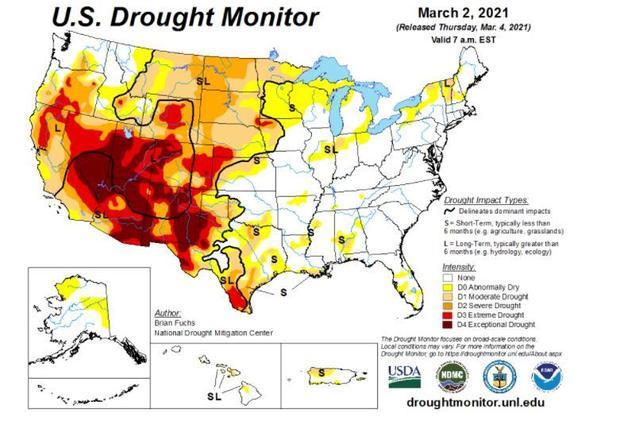 The extent of the ongoing drought in Western states is obvious.
Lake Mead Water Level
Not only has water flow decreased in the river, but with less precipitation, reservoirs, particularly Lake Powell and Lake Mead are nearly depleted. All this led to the Secretary of the Interior signing a set of interim guidelines on how to allocate Colorado River water in the event of shortages in 2007. This set of guidelines is due to expire in 2026.

This brings us to 2019 when the seven Western states agreed on a plan to manage the Colorado River amid a 19-year drought, by voluntarily cutting their water use to prevent the federal government from imposing a mandatory squeeze on the supply, according to the New York Times.

At the time, Brenda W. Burman, commissioner of the Bureau of Reclamation, the federal agency that oversees the river, pressured states and their water agencies to make a deal. If not, she said she would “take action to protect the river,” without specifying what that action would be.

Brad Udall, a senior scientist at Colorado State University and an expert on water supplies in the West, has said that climate change is already apparent. “Climate change is not some distant process,” he said. “It’s here, it’s now, it’s in our faces. It’s creating messes we have to deal with.”

The bottom line is this: We have to get serious about our future and the future of the planet. The water in the Colorado River doesn’t belong to any one state, and politics must be kept out of any discussions on the allocation of water to individual states.