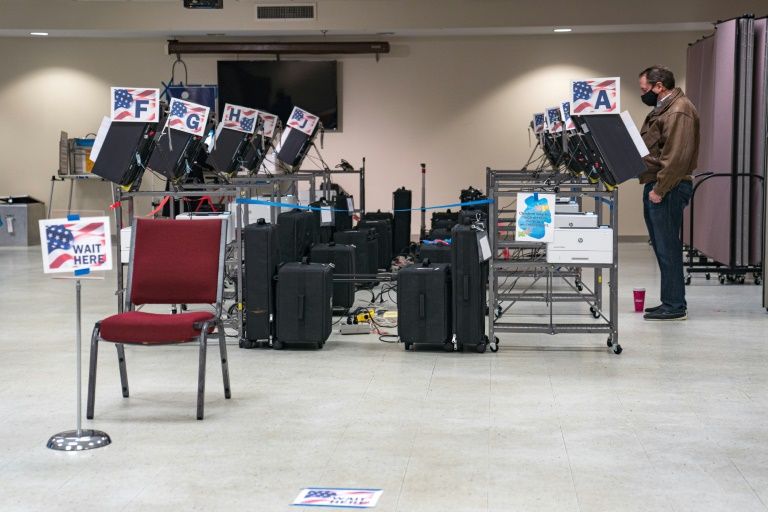 The defamation lawsuit against the media company argues that Fox News knowingly spread “fictions” about Dominion rigging the election through the use of its voting machines “because the lies were good for Fox’s business,” per Axios.

“Fox sold a false story of election fraud in order to serve its own commercial purposes, severely injuring Dominion in the process,” Dominion stated in its complaint.

The lawsuit was filed in Delaware Friday morning and is the fourth in a series of lawsuits filed by the Denver, Colorado-based voting machine company after it became the main storyline for conspiracy theories centered around election fraud.

Back in February, Smartmatic, another voting machine company, sued Fox News for spreading baseless accusations that the company was part of an international communist plot to rig the election for Joe Biden. Smartmatic’s lawsuit is seeking $2.7 billion from Fox News. The company has also sued Giuliani and Powell.

In the lawsuit, Dominion specifically claims that “Fox endorsed, repeated, and broadcast a series of verifiably false yet devastating lies about Dominion. These outlandish, defamatory, and far-fetched fictions included Fox falsely claiming that: (1) Dominion committed election fraud by rigging the 2020 Presidential Election; (2) Dominion’s software and algorithms
manipulated vote counts in the 2020 Presidential Election; (3) Dominion is owned by a company founded in Venezuela to rig elections for the dictator Hugo Chávez; and (4) Dominion paid kickbacks to government officials who used its machines in the 2020 Presidential Election.”
In response to the lawsuit, according to ABC News, Fox News officials said: “FOX News Media is proud of our 2020 election coverage, which stands in the highest tradition of American journalism, and will vigorously defend against this baseless lawsuit in court.”