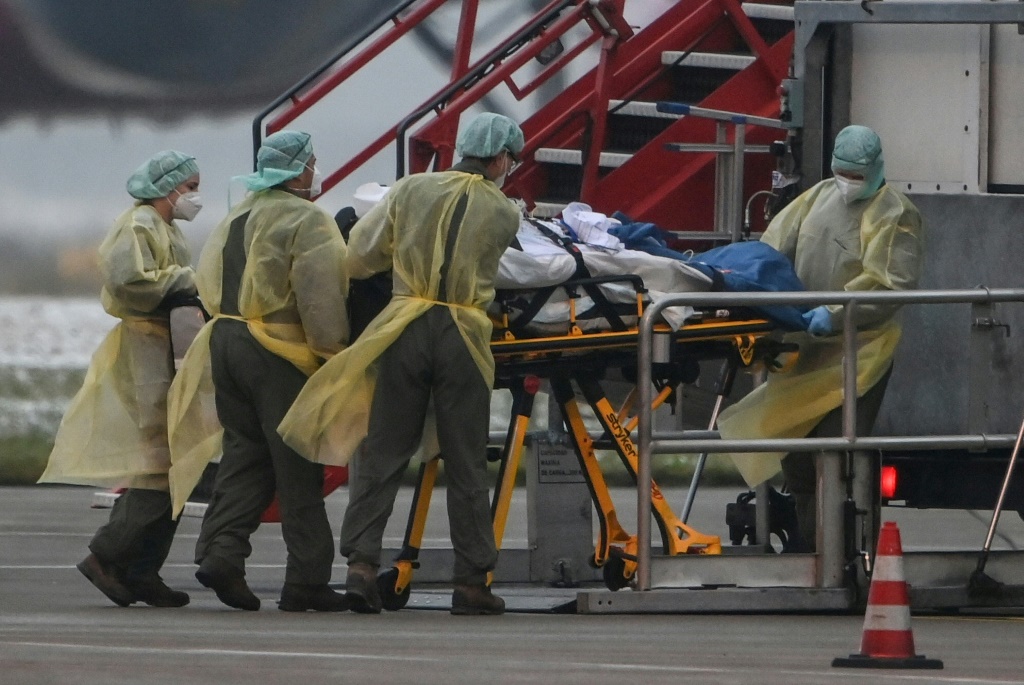 Fears mounted Saturday that a highly-infectious new coronavirus strain was pushing its way into Europe as the world brought the shutters down to contain the new Omicron variant.

Suspected new cases emerged in Germany and the Czech Republic, while Dutch authorities quarantined 61 passengers from South Africa who tested positive for Covid-19.

South Africa complained that it was being “punished” with air travel bans for first detecting the strain, which the World Health Organization has termed a “variant of concern”.

Australia and Thailand joined the United States, Brazil, Canada and a host of other countries around the world restricting travel from the region, fearing a major setback to global efforts against the pandemic. 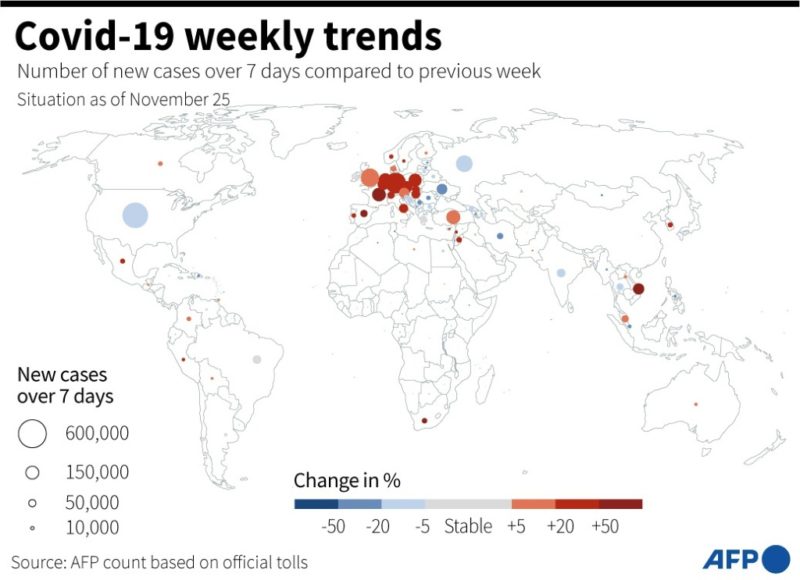 Scientists are racing to determine the threat posed by the heavily mutated strain, which is more transmissible than the dominant Delta variant, and whether it can evade existing vaccines.

Anxious travellers thronged Johannesburg international airport, desperate to squeeze onto the last flights to countries that had imposed sudden travel bans. Many had cut back holidays and rushed back from South African safaris and vineyards.

“It’s ridiculous, we will always be having new variants,” British tourist David Good told AFP, passports in hand. “South Africa found it but it’s probably all over the world already.”

But the virus has already slipped through the net with cases in Europe and Hong Kong and Israel.

Germany became the second European country to find a suspected case of the new strain, after Belgium on Friday.

“The Omicron variant has with strong likelihood already arrived in Germany,” tweeted Kai Klose, social affairs minister in the western state of Hesse.

The neighbouring Czech Republic was carrying out further tests on a woman who had travelled from Namibia and was suspected to have the new variant, prime minister Andrej Babis said.

The Netherlands meanwhile found that around one in 10 — 61 out of 600 — people who had arrived at Schiphol airport on Friday from South Africa were positive for Covid-19. The rest tested negative.

The infected people, who flew in on two KLM flights that took off before the Dutch government announced a ban on travellers from the region, were being kept quarantined in a hotel near the airport.

“The positive test results will be examined as soon as possible to determine whether this concerns the new worrisome variant,” the Dutch Health Authority said in a statement.

The Netherlands on Friday became the latest in a series of European countries to tighten its Covid restrictions.

The WHO said it could take several weeks to understand the variant, which was initially known as B.1.1.529, and cautioned against imposing travel curbs while scientific evidence was still scant.

South Africa has called the travel curbs “Draconian” and on Saturday said the flight bans were “akin to punishing South Africa for its advanced genomic sequencing and the ability to detect new variants quicker.”

“Excellent science should be applauded and not punished,” the foreign ministry said in a statement. 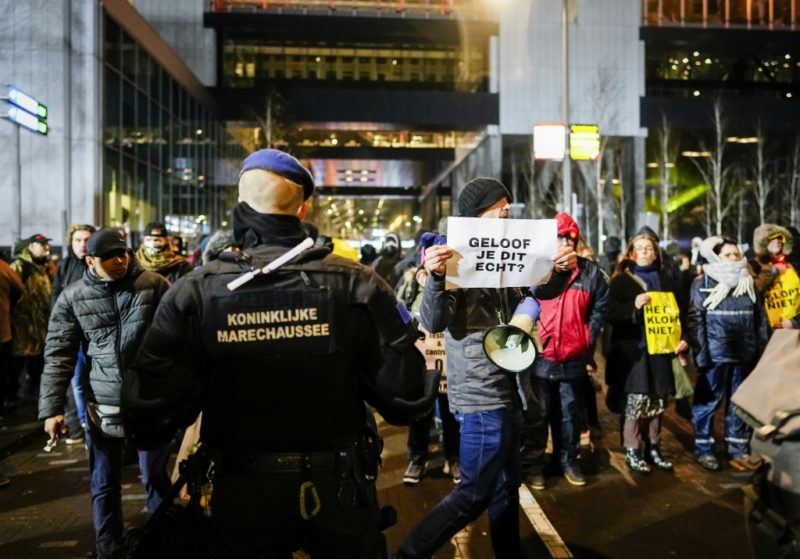 The Netherlands has ramped up anti-Covid restrictions, sparking protests. — © AFP

US President Joe Biden meanwhile said richer countries should donate more Covid-19 vaccines and give up intellectual property protections to manufacture more doses worldwide to stem the spread of the virus.

But with memories still fresh of the way global air travel helped the spread of Covid after it first emerged in the Chinese city of Wuhan in late 2019, countries clamped down on the new variant.

EU officials agreed in an emergency meeting to urge all 27 nations in the bloc to restrict travel from southern Africa, with many members having already done so.

The World Trade Organization called off its ministerial conference, its biggest gathering in four years, at the last minute Friday due to the new variant.

Vaccine manufacturers have  held out hope that they can modify current vaccines to target the Omicron variant.

Germany’s BioNTech and US drugmaker Pfizer said they expect data “in two weeks at the latest” to show if their jab can be adjusted.

Moderna said it will develop a booster specific to the new variant.