While past success does not necessarily reveal everything about current performance, if an institution boasts a higher number of past winners of the Nobel Prize then there’s probably something going for it. Expressing the Nobel Prize laureates as a proportion of the student numbers is a more accurate measure of a institution’s standing on the world stage. This is the approach taken by Jonathan Wai of Duke University and Stephen Hsu of Michigan State University, where the Nobel prize winners per 10,000 students has been expressed.

This metric has been reported on by the Ecole Normale Superieure in Paris.

The outcome of the analysis is shown in the following chart: 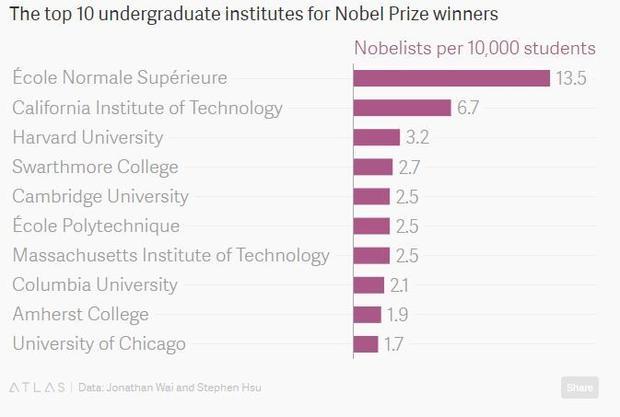 Jonathan Wai, a psychologist at Duke University and Stephen Hsu, a physicist at Michigan State University, examined the 81 institutions worldwide with at least three alumni who have received Nobel prizes in chemistry, physiology or medicine, physics.
Jonathan Wai & Stephen Hsu

To produce the chart, Wai, a psychologist, and Hsu, a physicist, examined the 81 institutions worldwide with at least three alumni who have received Nobel prizes in chemistry, physiology or medicine, physics and economics between 1901 and 2015. Speaking with Swarthmore College, which is ranked fourth on the list, “This is a way to identify colleges that have a history of producing major impact,” says Wai of the analysis.

According to Akshat Rathi, writing on Quartz, the analysis shows:

The universities on the list are primarily U.S. institutions, which reflects North Americans having won one in four Nobel Prizes.
Half of the top 10 are small, rich institutions. For example, the École Normale Supérieure in Paris and the California Institute of Technology enroll fewer than 250 undergraduate students each year.
Colleges better known for excelling in liberal-arts, such as Amherst and Swarthmore, are ranked in the top 10 for producing Nobel winners in science subjects.

There has also been a shift over time. Before World War II, French institutions tended dominate the prizes; whereas post-World War II, the U.S. universities have produced the most winners.

According to Nature, the two researchers who produced the list say they did so for fun and caution that the list itself is not an indicator for the best university. Instead they argue more attention should be paid to the role that undergraduate institutions have in their graduates’ outstanding accomplishments. 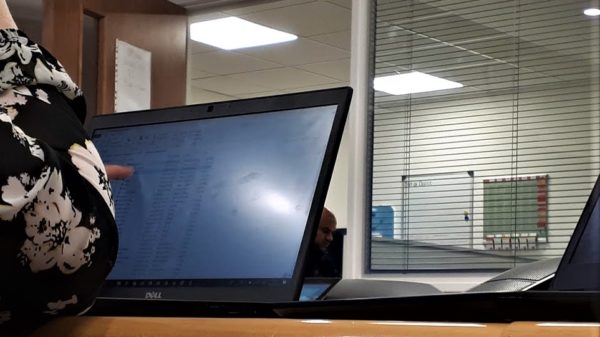