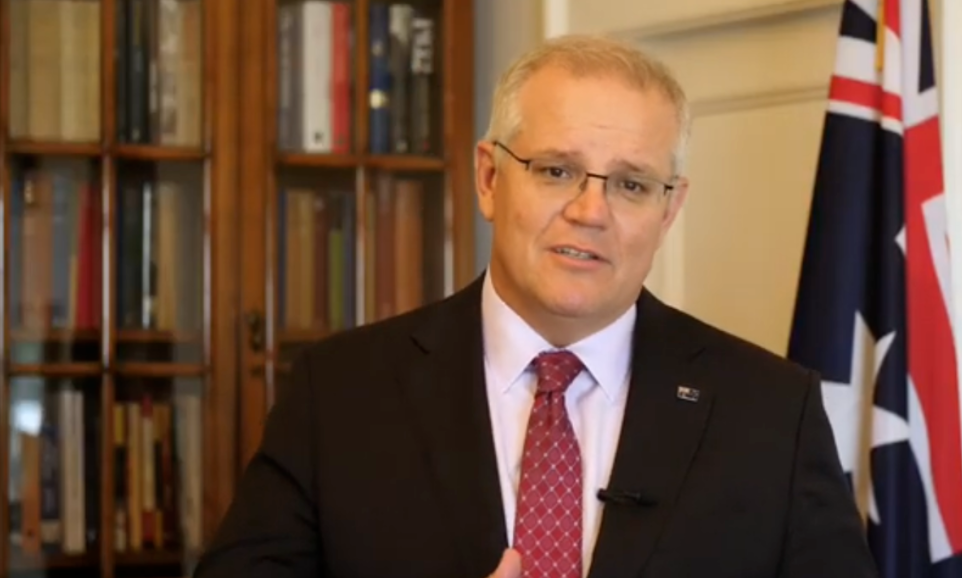 As 2021 drew to a close, many Australians were cautiously optimistic that the worst of the Covid-19 pandemic was behind them. After enduring rolling lockdowns, and surpassing rigorous vaccine targets, it seemed the worst was over.

But even as Prime Minister Scott Morrison declared it was now possible to “live with this virus,” the highly transmissible omicron variant hit. COVID-19 cases rose from just over 1,000 cases a day to over 100,000 a day.

Some of the hallmarks of the pandemic that Australia has been able to avoid are now becoming apparent – including a buckling healthcare system and empty grocery shelves.

Strangely enough, through this surge in virus cases, many Australian states and territories are holding the line and allowing the virus to circulate in their communities, which critics have labeled the “let it rip” approach.

Should we be doing this?

Dr. Kieran Quinn, a clinician-scientist at Toronto’s Mount Sinai Hospital, says he has noticed a shift in attitude among many in the public as preventive vigilance has eroded into resignation that infection seems inevitable, reports CTV News Canada.

As Omicron gains a reputation as a “mild” virus variant, Quinn says he sees why some people might feel tempted to “let it rip” in hopes of moving on from the pandemic’s latest and in some cases most overwhelming wave.

Alexandra Martiniuk, a professor and epidemiologist at the University of Sydney, said the timing of Australia’s U-turn was not ideal, according to NBC News.

“[Some states and territories] really got down to very few restrictions, just as there was the emergence of omicron. … Scientists, other experts, and also some in the public were asking, ‘Hey, is this smart? We actually don’t know omicron well enough. Should we be doing this?’”  she said.

“We should have changed our plan when we saw omicron arrive. … We barged straight into a dark room without knowing what was in there.”

Many doctors are somewhat dismayed over the cavalier attitude many have about the Omicron variant. While many people believe that the risk of serious infection may be lower, the variant’s supercharged spread could have devastating consequences across society.

“We need to look beyond ourselves and protect those around us who are most vulnerable,” said Quinn. “Omicron is not going to spare those people if we throw caution to the wind and ‘let it rip.”‘

However, Peter Collignon, a professor and infectious diseases expert at the Australian National University, said Australia’s high level of vaccination meant it was in a “good place” to deal with omicron.

“This is serious, we need to take precautions, but it’s not all doom and gloom,” he said.

“In the initial waves of Covid, for every 100 people infected, we had one death,” he said. “Now we’re seeing a tenfold, at least, rate lower than that. And that’s a reflection of vaccination. So that’s good news. … Plus, omicron itself does appear to cause less severe disease.”

Amid criticism about the government’s response to the omicron surge, the prime minister maintains Australia is well-placed to get through to the other side. “You’ve got two choices here: You can push through or you can lockdown. We are for pushing through,” Morrison told reporters.

“It’s going to be tough. The whole pandemic has been tough and Australians have shown resilience, patience, and determination. … The best possible medical advice is to push through.”

Morrison, who is also up for reelection, faces opposition from Anthony Albanese of the center-left Labor Party. Albanese has attacked Australia’s current trajectory as reckless.

“The ‘let it rip’ approach is creating major issues in our health system, with people under such enormous pressure,” Albanese told reporters. The approach, he added, “is tearing communities apart. That’s the truth.”