From May through July, people will get more tick bites and tickborne diseases than any other time of year in the United States. If you add together the number of illnesses caused by ticks, mosquitoes and flea bites, in the United States, from 2004 through 2016, more than 640,000 cases were reported.

In 2016, the U.S. saw a huge uptick in vector-borne diseases, primarily due to the emergence of the Zika virus. A total of 41,680 cases were reported, with 36,429 cases of Lyme disease, a tick-borne illness, almost double the number in 2004.
Further Reading: Ticks have crept into Canada, sowing illness and confusion
Dr. Isaac Bogoch, an infectious disease specialist with Toronto General Hospital, discussed the rise in cases of tick-borne Lyme disease in Canada on CTV’s Your Morning on Wednesday. “It’s likely that all provinces are affected with this. There’s just more and more cases of Lyme usually along the southern border of Canada, but we’ve seen a lot in Nova Scotia, Ontario, Manitoba, B.C.” 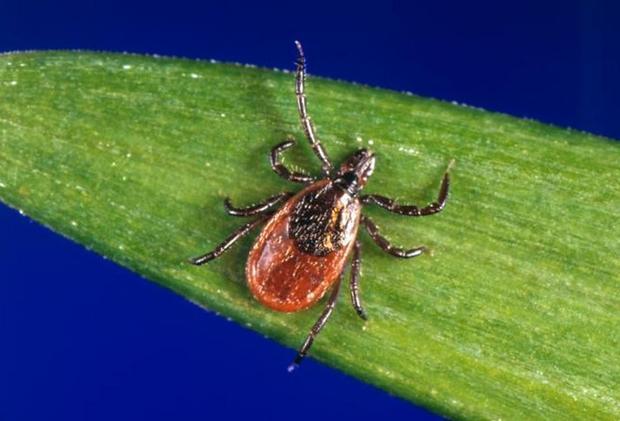 The black-legged deer tick is a carrier of the Lyme disease bacteria.
Jim Gathany/CDC

Ticks that spread diseases to people can have up to 2 to 3-year life-cycles, and many factors can affect their numbers, including temperature, rainfall, humidity, and the number of available hosts for the ticks to feed on, such as mice, deer, and other animals.
Research also suggests that ticks are being carried by birds.

And besides the warmer temperatures coming earlier, there has been a rise in deer populations, the preferred host of adult ticks. Rodent populations are also a concern because tick larvae attach to rodents to feed and pick up diseases, then spread them to humans. 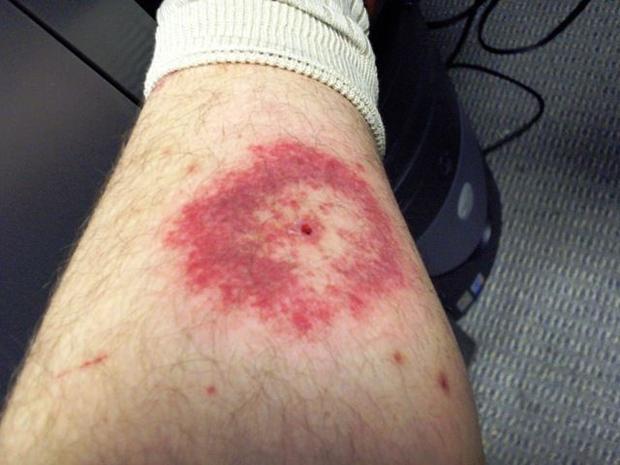 “It enables these ticks to expand to new areas. Where there are ticks, there comes diseases,” said Lyle Petersen, director of the CDC’s Division of Vector-Borne Diseases. “Warmer summer temperatures also tend to bring outbreaks of mosquito-borne illnesses,” Petersen said.
Further Reading: New study sheds light on spread of ticks carrying Lyme disease
Besides Lyme disease, there are other less well-known but serious tick-borne diseases that include Rocky Mountain spotted fever, anaplasmosis, ehrlichiosis, Powassan virus, and babesiosis. Some of these diseases are often seen in more localized geographical areas.

In the U.S., for example, babesiosis and anaplasmosis occur in the same areas as Lyme disease—mainly in the Northeast and upper Midwest. More than 60 percent of Rocky Mountain spotted fever cases occur in five states: Arkansas, Missouri, North Carolina, Oklahoma, and Tennessee.

Signs of Lyme disease
Studies in the U.S. indicate that from 20 to 50 percent of people living in areas where Lyme disease is found are either not aware of the risks or do not routinely take steps to protect themselves against tick bites during warm weather. In Canada, because of the spread of Lyme disease where it has not been a problem until recently, many physicians don’t really know what signs or symptoms they need to look for.
Further Reading: Tick paralysis in three-year-old highlights the risks from ticks 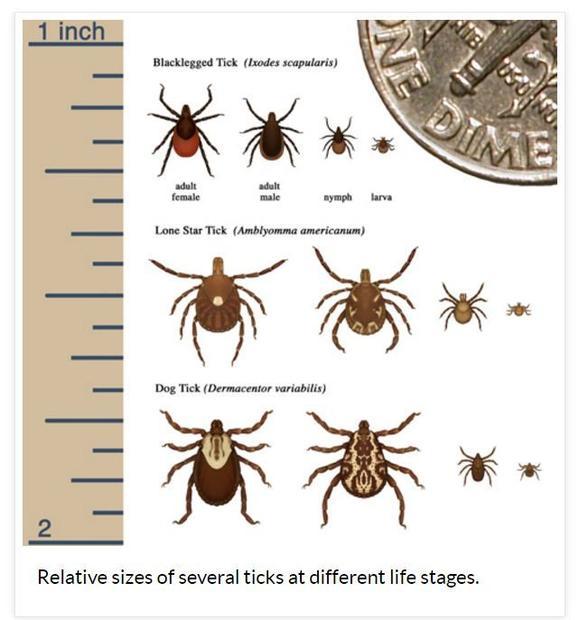 Lyme disease, (or Lyme borreliosis) is an infectious disease caused by bacteria of the Borrelia genus. The bacteria are transferred to a host via the bite of a tick. The resulting symptoms include fever, headache, joint pain, heart palpitations, and redness. If left untreated, the disease can reoccur in cycles. Treatment is by antibiotics. If left untreated, Lyme disease can attack the heart and nervous system.

Dr. Boguch also suggests doing a thorough body check if you’ve been outdoors where ticks are prevalent. They can be tiny, so you have to look very carefully. “They like the areas under the arms. They like the areas on the back, little nooks, and crannies,” he said. “Look in the hair, look on the back, places that we might not initially recognize a very small tick.”

And don’t forget to check your pets. Treat dogs for ticks. Dogs are very susceptible to tick bites and to some tick-borne diseases. They may also bring ticks into your home. Talk to your veterinarian about the best tick prevention products for your dog.

In this article:CDC, Disease, Health, Mosquitoes, tickborne disease, us and canada, warming climate