The cheese-related faux pas came to light after the Food and Drug Administration (FDA), acting on a tip, made a surprise visit to a cheese company in rural Pennsylvania called Castle Cheese Inc. in November 2012.

The FDA was looking for evidence, and they found the company’s “100 percent real Parmesan” was not at all what it seemed to be, reports the Miami-Herald. The product actually contained no Parmesan cheese. It was made using fillers such as wood pulp, cellulose, and cheddar, but no actual Parmesan. 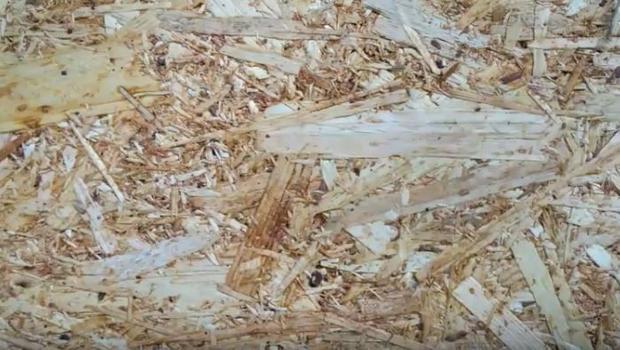 Wood pulp and cellulose are added as fillers to many foods consumers buy, and is an accepted practice in the industry.
YouTube
How serious is that? Serious enough that the president of Castle Cheese Inc., Michelle Myrter is expected to plead guilty to criminal charges this month, and could face a year in prison and a $100,000 fine.

Defending the authenticity of grated hard Italian cheeses
In Germany, a purity law governing the brewing of beer, called the Reinheitsgebot has been in effect since 1516 and is the oldest food regulation in the world. The beer tax law states: “For the preparation of beer, only malt, hops, yeast and water can be used.”

And likewise, in France, the Champagne wine-making community is governed by rules set by the Comité Interprofessionnel du vin de Champagne (CIVC). The rules and regulations set by the CIVC protect the economic interests of this French growing region. 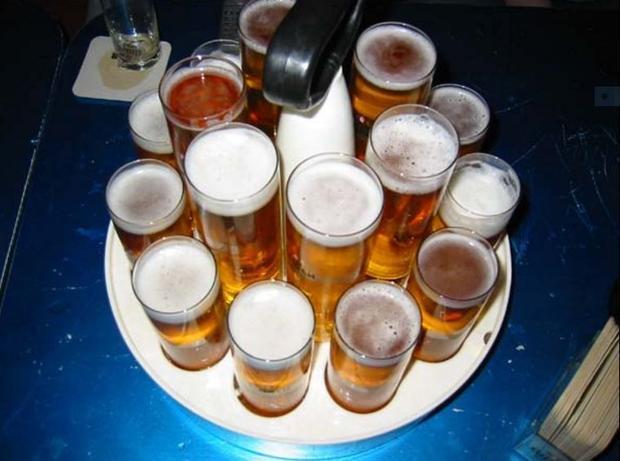 The brewing of German beers is strictly regulated by rules that date back 300 years.
Tim ‘Avatar’ Bartel
But now the FDA is on the case investigating the authenticity of cheese products bearing the name “100 percent Parmesan,” and Neal Schuman, the CEO of Arthur Schuman Inc., an Italian cheese importing business based in New Jersey, is feeling good.

For years, Schuman has been insisting that the stuff Americans sprinkle on their pasta should be the real thing, and if it’s not, the label should say so. His company is the biggest seller of hard Italian cheeses in the U.S., with 33 percent of the domestic market. Schuman estimates that at least 20 percent of cheese production in the U.S., amounting to $375 million is mislabeled, according to Bloomberg. .

“The tipping point was grated cheese, where less than 40 percent of the product was actually a cheese product,” Schuman said. “Consumers are innocent, and they’re not getting what they bargained for. And that’s just wrong.”

How serious is the problem in the U.S.?
To find out if there was a problem, Bloomberg had store-bought grated cheese tested for wood pulp by an independent laboratory. Dean Sommer is a cheese technologist at the Center for Dairy Research in Madison, Wisconsin. He says cellulose (wood pulp) is a safe additive, and 2 percent to 4 percent is an acceptable level in grated cheese in the U.S. 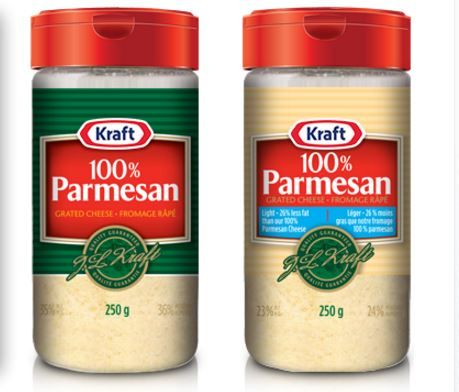 “We remain committed to the quality of our products,” Michael Mullen, a Kraft Heinz Co. spokesman, said in an e-mail. John Forrest Ales, a Wal-Mart spokesman, said he questioned the reliability of the results, but added that Wal-Mart’s compliance team is looking into these findings.

Enforcing labeling laws has never been a priority with the FDA until recently. The agency is supposed to protect consumers from health hazards, and there was little incentive to crack down on false labeling. Surprisingly, many people don’t realize that the FDA does have regulations established in the 1950s, governing what can be called Parmesan or Romano, how the cheeses are to be made and what goes in them. There is no mention of wood fibers. 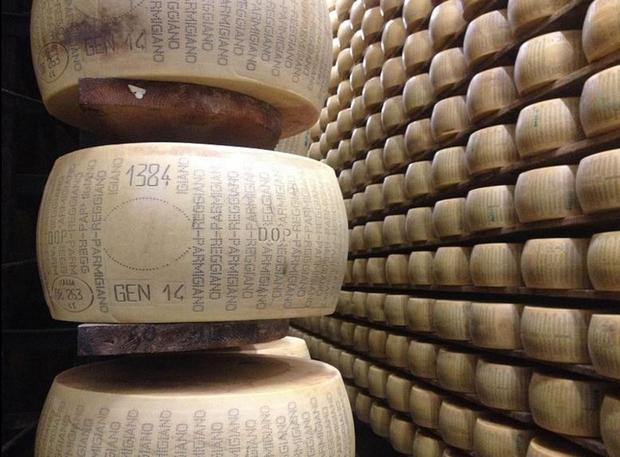 A wheel of Parmigiano-Reggiano manufactured in January 2014 with DOP marking and “Parmigiano-Reggiano” written vertically around the complete edge of the wheel.
wittylama
Advertisement. Scroll to continue reading.
In the European Union, the term Parmesan may only be used, by law, to refer to Parmigiano-Reggiano itself, and it must be made within a certain geographic area in northern Italy, using stringently defined methods. The term, “Parmigiano-Reggiano” became a certified name in 1955, totally different than a brand name.

John Umhoefer, the executive director of the Wisconsin Cheese Makers Association said, “The industry wants to be known for a wholesome, safe, honest product — it’s what’s kept the industry growing for 100 years,” he said. “The wholesomeness of dairy products is a treasured part of our story.”