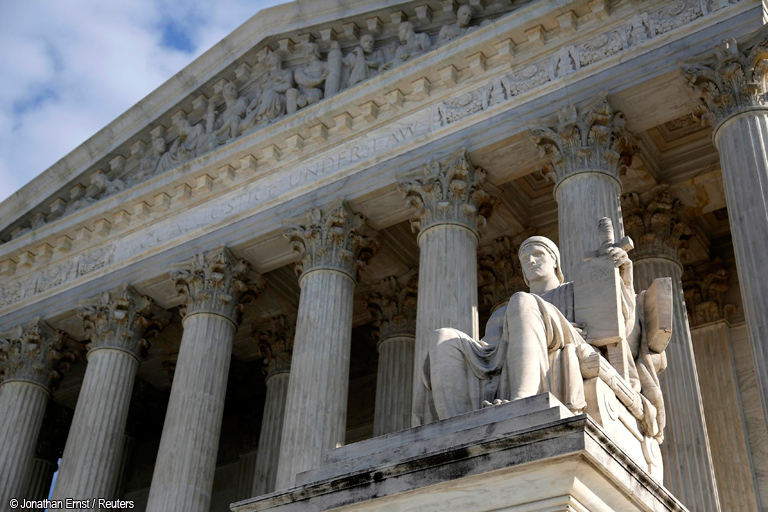 The Supreme Court is hearing arguments on Friday on the legality of two initiatives at the heart of the Biden administration’s efforts to address the coronavirus in the workplace through vaccine mandates.

The court will be hearing arguments that include whether to allow the Biden administration to enforce a vaccine-or-testing requirement that applies to large employers and a separate vaccine mandate for most health care workers, according to the Associated Press.

Arguments are expected to last about two hours. Although the justices have been receptive to past attempts by states to mandate vaccines, the new disputes center on federal requirements that raise different legal questions.

Challengers that include states led by Republican officials, businesses, religious groups, and others – say the Biden administration exceeded its authority in issuing such sweeping mandates, and that Congress has not authorized the measures.

Challengers add that the mandates are unnecessary and in some ways counterproductive, claiming the rules could lead to massive staff shortages and billions of dollars in compliance costs.

The New York Times is reporting that the Biden administration says that workplace safety and health care laws have given it ample authority to take bold action in the face of a lethal pandemic.

“I think effectively what is at stake is whether these mandates are going to go into effect at all,” said Sean Marotta, a Washington lawyer whose clients include the American Hospital Association. The trade group is not involved in the Supreme Court cases.

The two mandates under scrutiny

The more sweeping of the two measures is directed at businesses with 100 or more employees, reports CNN News. Arguments will center on the rule put forward by the Occupational Safety and Health Administration (OSHA) that falls under the U.S. Labor Department.

OSHA requires employers with 100 or more employees to ensure that their employees are fully vaccinated or undergo regular testing and wear a face covering at work. There are exceptions for those with religious objections.

The Biden administration defends the regulation and argues that the nation is facing a pandemic “that is sickening and killing thousands of workers around the country” and that any delay in implementing the requirement to get a vaccine or submit to regular testing “will result in unnecessary illness, hospitalizations and death.”

Nearly 207 million Americans, 62.3% of the population, are fully vaccinated, and more than a third of the country has received a booster shot, including the nine justices.

The OSHA rule is supposed to take effect Monday, although the agency has said it would not impose fines on businesses that don’t comply before late February.

The second mandate requires workers at hospitals and other health care facilities that participate in the Medicare and Medicaid programs to be vaccinated against the coronavirus.

The requirement would affect more than 17 million workers, the administration said, and would “save hundreds or even thousands of lives each month.”

Principal Deputy Solicitor General Brian H. Fletcher is asking the Supreme Court to reverse two lower court opinions that blocked the mandate in 24 states, arguing that the “unprecedented pandemic” has killed 800,000 Americans and that “the Secretary of Health and Human Services exercised his express statutory authority to protect the health and safety of Medicare and Medicaid patients.”

“It is difficult to imagine a more paradigmatic health and safety condition than a requirement that workers at hospitals, nursing homes, and other medical facilities take the step that most effectively prevents transmission of a deadly virus to vulnerable patients,” Fletcher said.

Three conservatives, Chief Justice John Roberts and Justices Brett Kavanaugh and Amy Coney Barrett, probably hold the key to the outcome, Marotta said. They broke with the other justices on the right over state mandates for healthcare workers, but joined them to allow evictions to resume.