“It is a social event where people can have a great time and learn more about us. There will be amazing food, music, and lots of adorable guide dog puppies in training on hand. It’s a party with a purpose and to have it at The Presidio is a wonderful place to be. We hope to have 100-125 people attend,” she said.

The gathering is also a precursor to the annual Canine Heroes Auction which is now in its 13th year. Still, Woon insisted “Dog Days of Summer” is primarily about meeting and greeting people. “San Francisco is a dog-friendly town and we want to let all those either new to the community or new to us know that what we do helps transform lives.”

“People in public sometimes shy away from a person who is blind, especially if they are using a white cane. But when that person has a dog as a guide that makes a tremendous difference,” she said.
“Guide Dogs are wonderful, said Michele Spitz. She does the voice-work for the audio versions of the quarterly Guide Dogs for The Blind News and Alumni Newsletters. “Having a guide dog is about accessibility,” she added.

Woon agreed saying, “the dog is not only a guide and companion. But can also serve as a social bridge for a person with a visual-impairment. A guide dog helps build confidence, enhance mobility and most of all,” said Woon, “provide greater independence and freedom. Those are very precious and important aspects of what our guide dogs can do.” 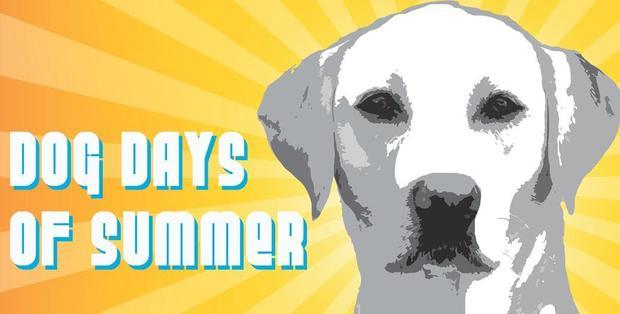 “Dog Days of Summer” is a social mixer to raise awareness to the importance of guide dogs and the work that Guide Dogs for the Blind of San Rafael does in preparing qualified candidate pups for work as canine companions for the visually impaired. The event will be on Sept. 18, 2015, on The Presidio in San Francico from 6 to 11 PM.
Courtesy of Guide Dogs for The Blind, San Rafael, CA

Speaking on behalf of Lighthouse for the Blind and Visually Impaired in San Francisco, Will Butler, communications director for Lighthouse said, “a guide dog makes a profound impact.”

According to the National Federation for the Blind there are over 6.6 million people in the United States with some level of visual impairment, including total or partial blindness. According to the California Dept. of Consumer Affairs, 2,000 Californians use guide dogs with almost 20 percent of all guide dog handlers living in California.

“In some instances having a guide dog can help a visually impaired person to be employed,” said Butler. And with the advent of the Americans with Disabilities Act (ADA), the incentive for people with disabilities in the workforce is even stronger today than it was over 20 years ago.

Woon agreed as she said, “a guide dog is life changing for a person with a visual impairment. Our alums are doing amazing things professionally and beyond: they include artists, lawyers, professors, nurses, parents, students, and much more.”

The goal is that the social mixer will get that message out there, so that the important work of Guide Dogs for The Blind can continue with the help of the next generation and those after them.

Wine and beer will be served along with some Good Eats by Green Chile Kitchen and Bella Luxe Catering and much more. Music will be provided by DJ Matt Haze and Hush Silent Disco.

Tickets are $75.00 in advance or $100.00 at the door. To purchase tickets and further info visit ‘The Dog Days of Summer’ page at the Guide Dogs for The Blind website.

In this article:California, dog days of summer, Guide Dogs for The Blind, San Rafael