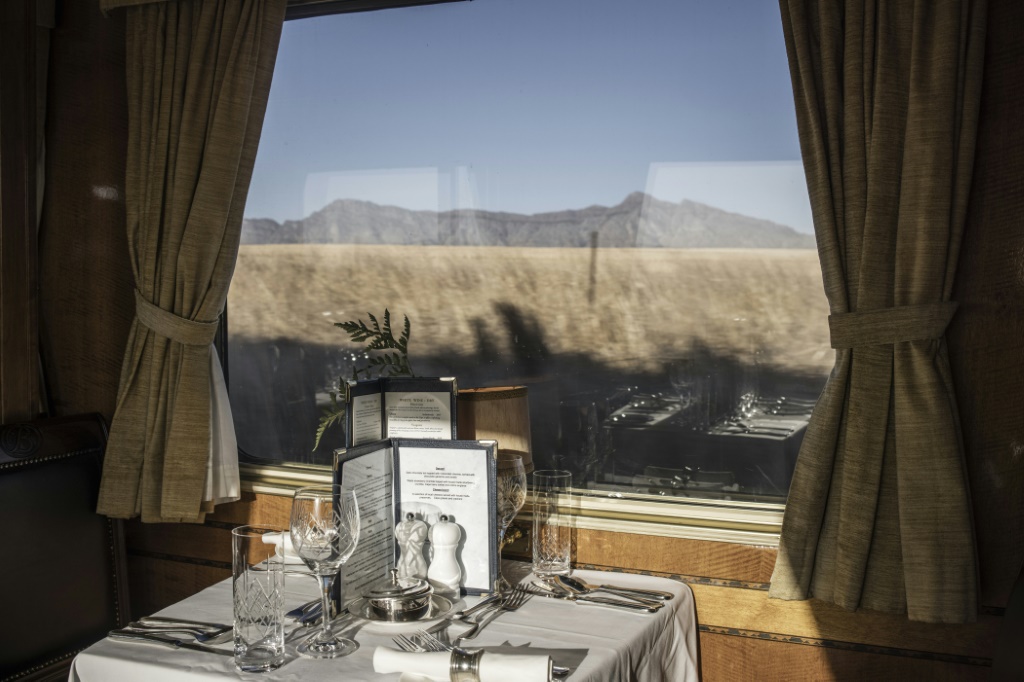 But a week of violent rioting and looting risks deterring foreign visitors and hammering hopes of recovery, the industry says, compounding losses caused by the country’s mounting coronavirus toll.

Tracey Hellerle of the Umzolozolo lodge near Ladysmith in KwaZulu-Natal province, which was the epicentre of the disorder, said every visitor booked to stay during the week of the riots had cancelled. 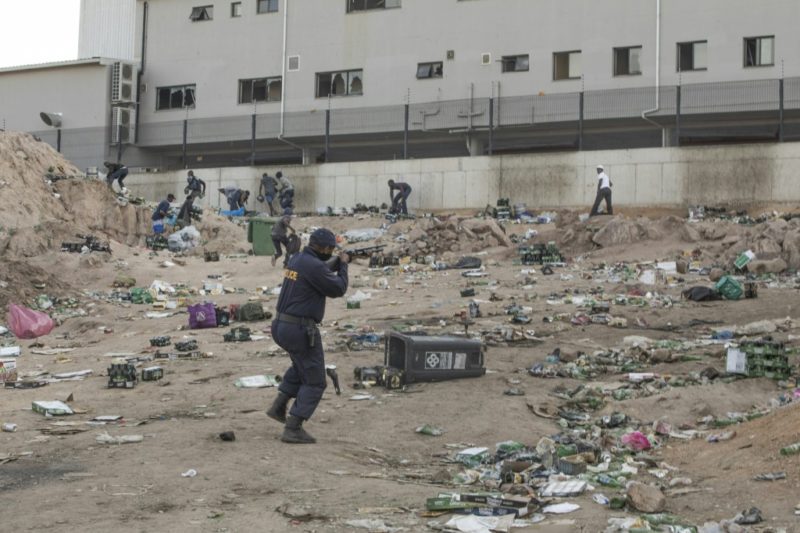 More than 200 people have died since looting and riots erupted in South Africa on July 9, the bulk of them in KwaZulu-Natal. — © AFP

Before Covid-19, visitors from across the world — and during the pandemic, from across the country — would sit on poolside sun loungers overlooking the undulating plains of the Nambiti game reserve, hoping to catch a glimpse of Big Five game animals.

“We’d just started to get back into the swing of things,” Hellerle said, noting that a downturn in bookings because of the pandemic had already led to layoffs.

Since the looting and riots erupted on July 9, 212 people have died, of whom 180 lost their lives in KwaZulu-Natal.

Tourism is a mainstay of South Africa’s economy, which was stumbling even before Covid-19 and the riots. 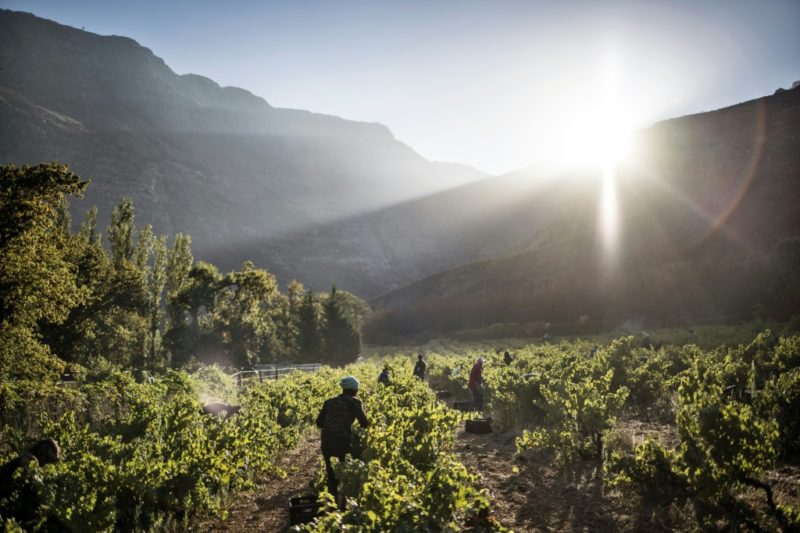 In Clarens, an idyllic tourist town nestled at the foot of the Maluti mountains that is a popular weekend retreat five hours by car inland from Durban, guesthouse owner Heinrich Pelser fears foreign tourists could be deterred by the unrest.

“If you look at Canadians and Americans I don’t think they will come soon,” he said.

Since the unrest began, Pelser’s Stonehaven cottages have hosted drivers heading away from riot-hit Durban, as well as one man on his way to the city to take food to his mother, he said.

Under coronavirus restrictions, alcohol sales are banned nationwide — a particular blow for Clarens, which is known for its microbreweries, and for the Western Cape province which is renowned for its wineries, as well as being the end point of the prestigious Blue Train.

“It’s not worth coming here if you can’t sample the cheese, the wine, the beers,” said Pelser, who employs six full-time staff. 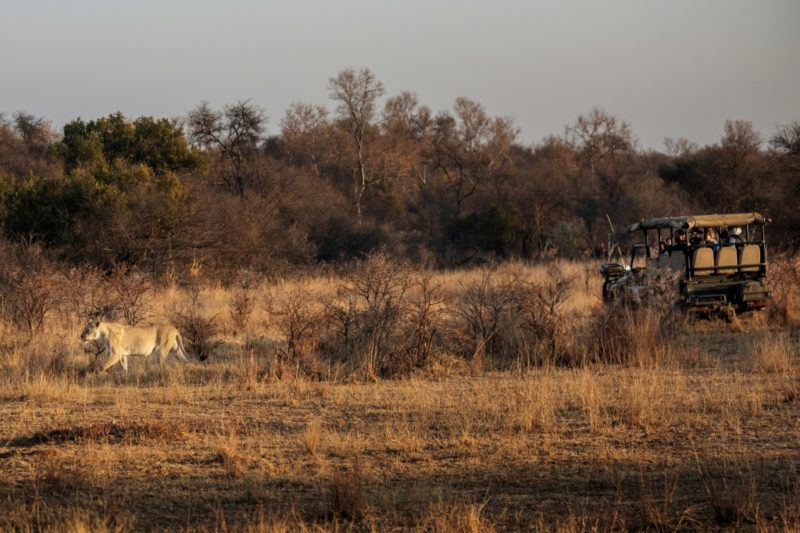 Tourists track a lioness at the Dinokeng Game Reserve outside Pretoria in 2020. — © AFP

In Cape Town, capital of the Western Cape and a popular stop for cruise ships, tourist-oriented businesses say the lack of visiting liners has hurt them.

“It’s been very slow. Before we had a lot of cruise passengers. We are just waiting to see if this vaccine means they can come back,” said the manager of the Wild Thing Africa souvenir store in Cape Town’s V&amp;A Waterfront.

“Now we don’t want (the violence) to come here,” she said, giving her name only as Simone.

Nearby, passengers who were nearly all South Africans disembarked from a red double-decker Cape Town tour bus parked beside the city’s Two Oceans Aquarium.

“I feel very safe, it’s normal here. The coronavirus restrictions have been easier than I expected,” said a passenger who gave his name only as Brian, visiting his South African girlfriend.

In another blow to Durban’s tourist allure, officials have closed several beaches in the city’s north, usually popular with visitors both local and foreign, for fear of chemical contamination following nearby industrial arson.

Zanele Khomo, chief growth officer at the Durban Chamber of Commerce and Industry, said that events had been “devastating” for the city’s tourism economy.

“Tourism-wise it’s gonna hurt us as a country,” she added.

The destruction from the looting has been broadcast worldwide, as have fake news stories about attacks on tourist areas.

“Once the riots have calmed down, South Africa is very popular and once it’s safe to come, people will definitely travel,” said Umzolozolo lodge’s Hellerle, noting that some lodges in KwaZulu-Natal had been empty since March 2020.