As Croatia looks forward to early preparations of what is sure to be another bumper tourist season, many eyes will be on the inland Dalmatian town of Sinj, half an hour north of Split, where arguably the most important cultural event of the Croatian calendar will take place in August — the 300th Sinj Alka knights’ tournament. Digital Journal caught up with energetic Sinj Tourist Board director Jelena Bilic on March 2, 2015, to find out more about the Alka preparations and other tourism aspects of one of Europe’s most fascinating and lesser known destinations.

1. A knights’ tournament in the 21st Century, which attracts national television and the Croatian President each year? Tell us a little more about the history of the Alka tournament.

The people of Sinj started the Alka, a knights’ tournament in honour of the town’s heavenly patroness, Our Lady of Sinj, who, according to tradition, forced the Ottomans to flee from the town in 1715. Each year, on the first Sunday in August, this glorious victory is relived and celebrated.

Alka knights parade through the main square of Sinj.
Dario Bajurin
The name Alka (Tur./Arab. halqa: ring, hoop) is derived from the details of the stirrup bottom from the saddle of a horse, seized from Ottoman serascher-pasha Čelić. The ring, alka, consists of two concentric iron circles joined by three bars, so the distance between the circles is divided into three equal parts. The central circle, which is the smallest one, is worth three points, the upper field two points, and the two lower fields one point each. The knight (the Alkar) aims at full gallop at the alka with an iron-topped wooden lance, and the winner of the Alka is the one who wins the highest number of points in the three races.
Advertisement. Scroll to continue reading.

The victory and heroism of the people of Sinj in the 1715 battle against the Ottomans were praised in Venice to such an extent that the Venetian authorities had a painting of the battle of Sinj painted at the Doge’s Palace in Venice.

In 1908, on the occasion of the celebration of the 60th anniversary of Emperor and King Francis Joseph’s rule, the Alkari and the Alka squires were his guests at Vienna. Francis Joseph I was himself present at the Sinjska Alka during his 1875 visit to Sinj. The then Alka tournament was solemnly held in honour of the visit of His Imperial and Royal Majesty.

The Alka tournament originated at a time when there were many similar knightly tournaments throughout Europe. All the others no longer exist with the exception of the Sinjska Alka, which this years celebrates 300 years and is under protection of UNESCO as a world intangible heritage. The Alka tournament is a symbol of the struggle for freedom and peace, for faith and hope.

2. It was named as Croatia’s best cultural event in 2012, and this year celebrates 300 years. What additional preparations are being undertaken for the special anniversary?

The Alka Knights Society is planning to open the Alka Museum, publish the Sinjska Alka Dictionary, make a documentary about the famous victory, buy new seats, carry out scientific research in European archives regarding the Alka tournament, release postage stamps, and organise children’s art, literature, music and photo competitions on the subject of Alka. Last year they made gold and silver coins in celebration of the Alka anniversary as well as various Alka souvenirs.

3.With such a proud tradition, it is good news for tourists that the Alka museum is due to open this year. Can you tell us more?

The Alka Knights Court is a splendid complex and the home of the Sinjska Alka, where the Alka Museum will be opened to the public in the summer of 2015.

The Museum and a conference hall in the excavated yard are the backbone of the complex that connects the space from the Petrovac entrance in the south to the Duke’s premises in the north. Thereby, the split-level space gives special dynamics to a visitor climbing up along the museum exhibits enhancing the experience from several angles – the third dimension experience.

A special attraction will be the life-size Alka procession on show. In a separate part there will be the reconstruction of the 1715 Battle of Sinj, where visitors will be able to experience the glorious battle in a multimedia environment. 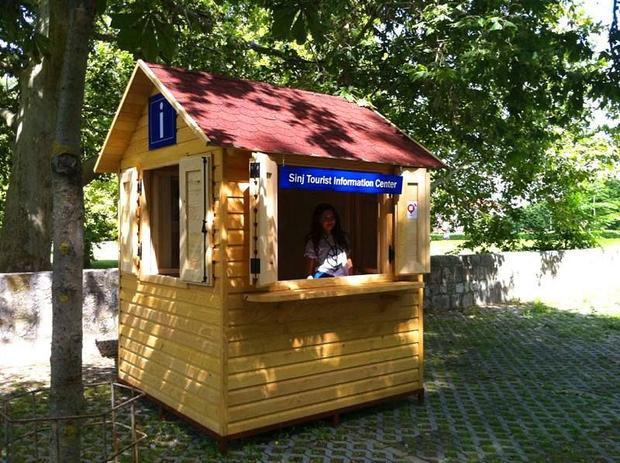 New tourist information point for visitors to Sinj.
Sinj Tourist Board
The whole story is based on the contrasts between the spaces below and above ground. In the space above ground conservators have had the final word. That space has been restored with old traditional materials: wooden visible trusses, graceful hollow tiles, windows with stone frames, solid wooden doors and window shutters, perfectly treated façade stones…. In the dug in part, modern materials and forms will be predominant, which, with warm wooden floors and big glass surfaces of recessed lamps, and will shape the functional meanders of the Museum and multimedia centre.

4. The traditional stereotype of tourism in Dalmatia is of beaches and the pristine Adriatic, but tourism in inland Dalmatia was up an impressive 39% in 2014. What is so special about the region that people are leaving the beach and heading inland?

Tourists are heading to Inland Dalmatia because of its untouched nature, clear and cold springs of water,mysterious mountains and gastronomy. There are countless opportunities for activity holidays – from hiking, horse riding, cycling, canoe safari on the River Cetina, ATV Quad, hunting, fishing to parachuting and paragliding. They want to experience something traditional and to be active most of the time. 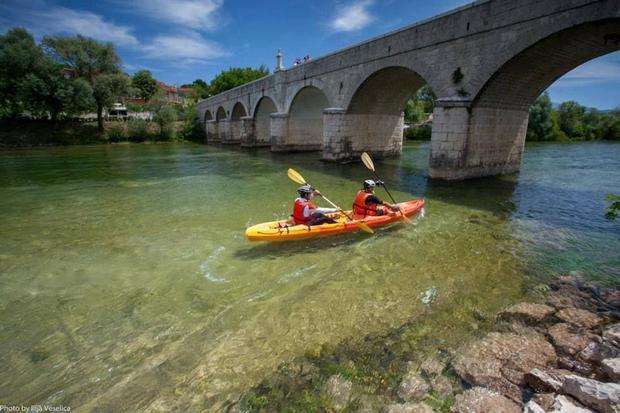 Sinj is an adventure paradise, and the region of inland Dalmatia is becoming more popular as an outdoor activity destination.
ilija Veselica
Tourists do not have enough information about Inland Dalmatia which still remains undiscovered. But, fortunately, Inland Dalmatia has its pioneers in tourism operating like Mustang Family Resort (Horse Trails), Adventure Zagora (Kayaking, Paragliding, Paintball), Dalmatia Bike Tours, Dalmatia Explorer (Photo Jeep Safari and Cycling Tours through Dinaric springs), and the Tourist Agency Potissimus the organiser of the ATV-Quad Adventure at Vrdovo.
Adventure sports enthusiasts are given an opportunity to discover the little known but outstanding natural beauty of Inland Dalmatia through the Cetina Adventure Race, the longest adventure race in Croatia (see the video below).

5. For visitors who want to sample the Alka experience, what options are there to enjoy this unique cultural event?

Because of the limited number of tickets, watching the Alka tournament live is quite difficult (although it will be broadcast on national television), but I can suggest the Alka Dress Rehearsals. At least 20 days before the Alka, at the Alka Course one can watch the prove, as locals call rehearsals. The Statute establishes the rules by which the two most important dress rehearsals are played, exactly as the Alka, two days before the Alka itself: the Bara on Friday and the Čoja on Saturday, entrance to which is free of charge (see video below).