One of the big antisocial acts committed by a sizable proportion of the general public is to pee while swimming in a municipal swimming pool. Despite the signs advising against the practice it seems its a relatively easy thing to do and one that invariably goes unnoticed. According to the International Journal of Aquatic Research and Education (“New Public Survey Reveals Swimmer Hygiene Attitudes and Practices”) around 1 in 5 people admit to regularly peeing in pools.

While public health specialists have estimated the amount of urine in a typically sized public pool there hasn’t been, until now, a reliable test. Now scientists have developed a method that provides an accurate assessment. This test calculates how much urine has been covertly added to a large volume of water. 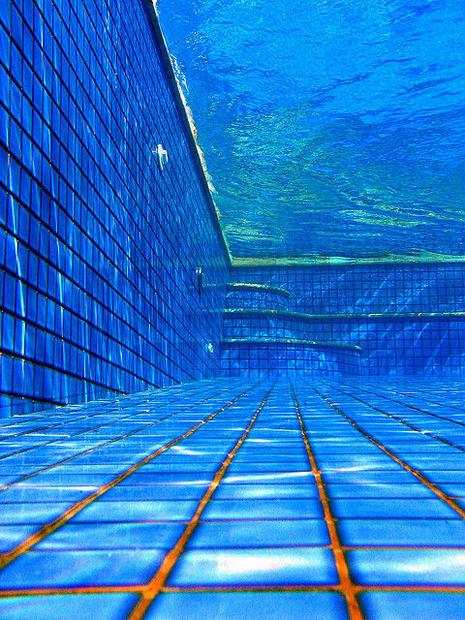 Underwater in a swimming pool
wantunn

The test is a chemical one and it measures the concentration of an artificial sweetener called acesulfame potassium (ACE). This sweetener is commonly found in processed food and passes through the body unaltered (this is obviously a flaw with the approach for should a whole food practitioner take to a pool and pee then their urine contribution would not be recorded; however, given that most people eat some type of processed food the outcome will be pretty accurate and any margin of error will be towards an under-estimate rather than an over-estimate).

ACE is sold under the trade names Sunett and Sweet One, or the European Union E number E950. It is found in table-top sweeteners, chewing gum, jam, dairy products, frozen desserts, drinks and baked goods.

The new test for ACE in swimming pools was undertaken in public pools in Canada. Assuming that Canadian swimmers are representative of the general global population, then, the answer to the question of ‘how much urine is found in a typical public swimming pool?’, is up to 75 liters of urine. 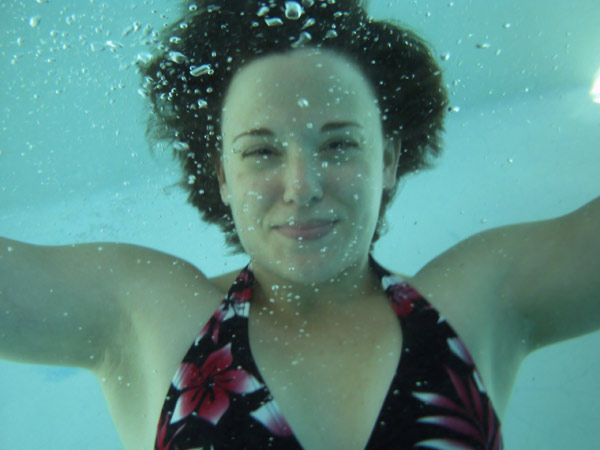 Liquid Image’s Underwater Camera Mask snaps high-res photos, such as this one of a person swimming underwater in a pool.
Via Pinterest

This is based on a a large pool, according to The Guardian. This is some 830,000 liters (one-third the size of an Olympic pool). It’s a lot of urine, enough to fill a medium-sized dustbin. While this makes for uncomfortable reading it isn’t as bad as some hot tubs tested. These have far higher urine levels, sometimes three times higher than swimming pools (even more alarming given their considerably smaller sizes).

How much does this mater? While urine has a low microbial population (despite being off-quoted, urine is not sterile) its main chemicals: urea, ammonia, and creatinine can react with the chlorine-based disinfectants added to swimming pools and form byproducts – dibutyl phthalate – and these can that can lead to eye and respiratory irritations.

It would seem that a renewed public information campaign is needed and perhaps regular testing. The ACE test method has been published in the Environmental Science & Technology Letters, in a research paper titled “Sweetened Swimming Pools and Hot Tubs.”

In this article:Swimming, swimming pools, Urine