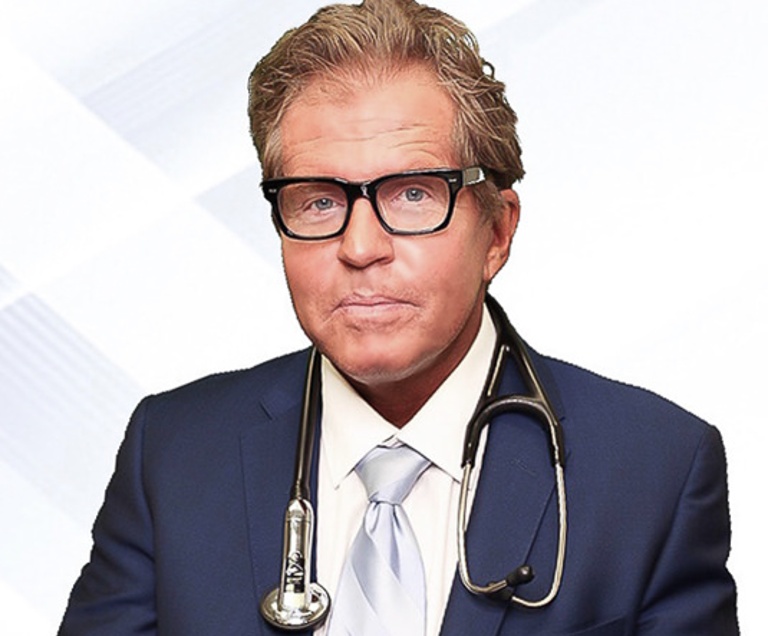 Stem cell research pioneer Dr. Ernst von Schwarz sat down to talk about the state of stem cells in America and the common misconceptions about regenerative medicine.

In our current healthcare system, physicians perform reactive medicine, which means diagnostic testing and pharmaceutical therapy are aimed at improving symptoms that occur secondary to damage or loss of function.

Regenerative medicine, on the other hand, aims to repair damaged tissue and restore functionality by recruiting the body’s self-healing properties. Regenerative medicine could have the ability to head off the inevitable casualties of aging with stem cell therapies that provide one of the most promising advances in modern medicine.

Stem cell therapy has the ability to partially induce the regeneration of damaged tissues. However, stem cell therapy outside the frame of ongoing clinical trials is not FDA-approved and is considered experimental. In this astounding and engrossing book, The Secret World of Stem Cell Therapy, renowned research scientist and insider, Professor Ernst von Schwarz shares everything you need to know about the most important discovery in modern medicine that isn’t, however, covered by medical insurance just yet.

What is your book about and who did you write it for?

The book is written for healthcare providers interested in modern medicine and regenerative therapy to get an inside scoop on everything that is known at the current time for stem cell research, clinical results as well as regulatory issues.

Furthermore, the book is written for the general public to enable the reader to gain knowledge about the basics of biology and physiology of stem cells and to understand the difference between false advertising and the validity of scientific research.

The book should also serve as a guide for the consumer to ask the right questions before considering stem cell therapies. It also shows the enormous potential of this most pronounced advancement in modern biotechnology.

The title of the book indicates there are secrets in the world of stem cell therapies. Tell us a couple of secrets that the general public should know.

First, the first secret to know is that stem cell therapy – though not FDA-approved in the US – is available. Second, the secret to knowing is not to believe in false advertising without scientifically-based data. The third secret is that the reason why many of Hollywood’s celebrities are appearing on the red carpets of award shows with flawless and juvenile skin is because of recent stem cell injections. The fourth secret is that regenerative medicine using stem cell therapy provides the basis for anti-aging therapy.

It’s noted that you’ve participated in countless clinical trials using stem cells for different conditions over the last 25 years. Where are stem cells being used now and how effective are they?

Every single published study using stem cells has shown beneficial effects for acute injuries and chronic degenerative disease. Our own research has shown that in particular for the wide spectrum of vascular diseases that spread from heart diseases to strokes to sexual dysfunction to peripheral circulatory problems, stem cells are very effective in inducing angiogenesis, which means the building of new blood vessels that result in improved perfusion and oxygenation, which in turn promotes healing.

The book has dense scientific information on stem cell therapies. Which parts of your book are most important for the general public to read?

For the public, it appears most important to understand the enormous potential for stem cells to regenerate damaged tissue in general, an ability that some of our organs still have (such as the skin or in part the liver), while others do not (such as the heart or the brain).

How many years have you been working with stem cells and in what capacity?

I was among the first in the world to use embryonic cells and stem cells in experimental animal models demonstrating that transplanted cells into damaged heart tissue in recipients can not only survive for several months but also contribute to improved heart function over time, which was the beginning of modern stem cell therapy in and around 1998, which then was followed by clinical trials using stem cell therapies in patients with heart disease.

I have been actively involved in basic research as well as in clinical studies in stem cell research for over 25 years as a principal investigator and co-investigator and I have published on stem cell therapy in international peer-reviewed scientific journals from 1998 till today.

As a cardiologist, how can stem cells assist you in helping patients? Could these therapies be a cure-all for people affected by heart problems? Why or why not?

So far, there is no cure for any diseases using stem cell therapy (with the exception of certain cancers using stem cell transplantation). For heart disease, stem cells have shown to reduce inflammation, improve tissue perfusion, and replace damaged tissue in patients with congestive heart failure and severe coronary artery disease and can be seen as an adjunct to standard therapy in the very near future.

Further research is needed to explore additional benefits for the prevention of sudden death, prevention of the progression of heart disease, and even of cardiovascular death in general, which is the number one cause of death in the world.

Financially, stem cells seem unreachable to the average person. Will the insurance companies ever pay for these therapies or will the rich only benefit?

At the current time, stem cell therapy is neither FDA approved nor covered by any insurance companies. In order to get there, it will require thousands of studied patient data, which then will require hundreds of millions of research dollars.

Big pharma and big tech are not much interested in funding something that might eradicate aging and disease, therefore it will take a very long time before stem cell therapy will be widely accepted or paid for.

For this reason, we are organizing fundraisers to support stem cell therapy for research but also for individuals who cannot afford to pay for it but might benefit from it.

We learned you are doing an educational stem cell event for the public in May tied with a fundraising component for the Ukraine. Tell us about the event.

The event on May 18 in Newport Beach is a day after the official book launch. It is the first public appearance showcasing the book and the science behind it in small lectures for healthcare professionals but also for the interested public revealing the secrets of stem cell therapy and its tremendous potential for modern medicine.

The event is to raise awareness for the need to support stem cell research combined with a fundraiser for stem cell research, but also for humanitarian aid for Ukraine since myself as well as some of my colleagues are involved in providing help and support, including one of my colleagues (Dr. Janette Nesheiwat), who just came back from a medical mission to Ukraine and who is going back for two more trips at the end of May and in June.

Finally, what aspects of stem cell therapy are most confusing for patients, and what is your best advice?

Stem cells do not cure any diseases, yet. Stem cell therapy is not FDA-approved but somewhat regulated (in other words, it is not illegal but not officially recommended). Every single published study using stem cell therapy for different acute or chronic diseases has shown benefits.

Also, do not rely on marketing and advertising, but read the book “The Secret World of Stem Cell Therapy” if you want to get an objective overview of all important aspects of knowledge on modern stem cell research and its clinical potential from a researcher’s insider’s view.

“The Secret World of Stem Cell Therapy” by Professor Dr. Ernst von Schwarz is available on Amazon by clicking here.