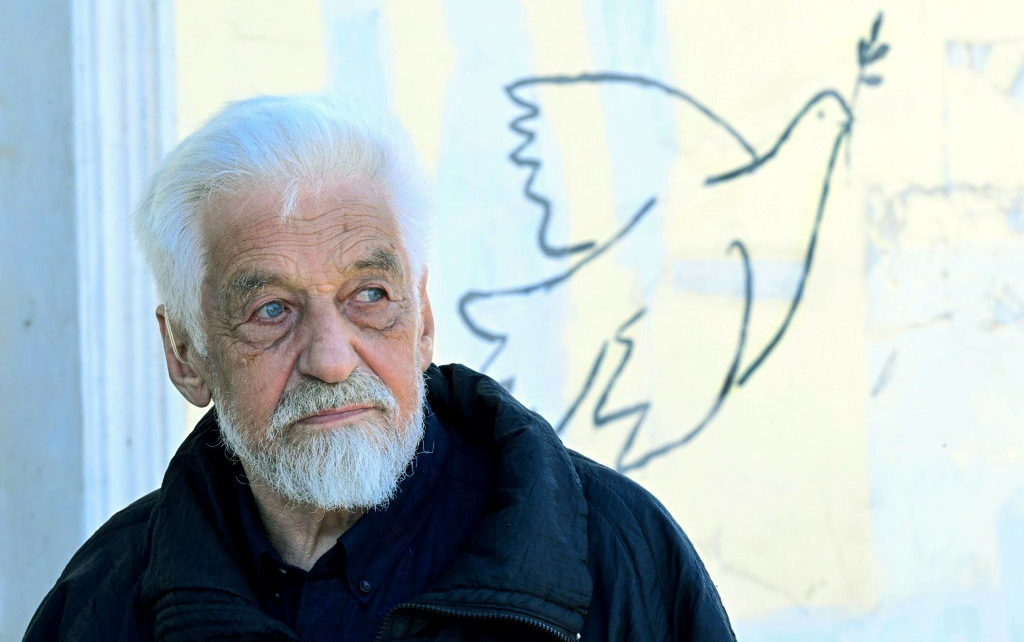 Retired engineer Vladimir Ovchinnikov has spent decades painting murals in his small town south of Moscow but finds some of his art is not welcome after Russia’s conflict with Ukraine.

“They’ve painted over it,” Ovchinnikov, 84, said during a recent stop at an abandoned shop in a village field near Borovsk, his town of about 10,000 people two hours’ drive from the Russian capital.

Ovchinnikov had painted a blue-and-yellow Ukrainian flag on one side of the building, but it had been covered over in white paint.

Moving briskly, he pulled out a black pencil and began to draw a dove over the whitewash, until another local man approached and threatened to call the police.

But Ovchinnikov insisted he had no fears about continuing his efforts.

“At my age, I’m not afraid of anything,” he said in an interview at his home. “If there are any complaints against me, no one will suffer.” 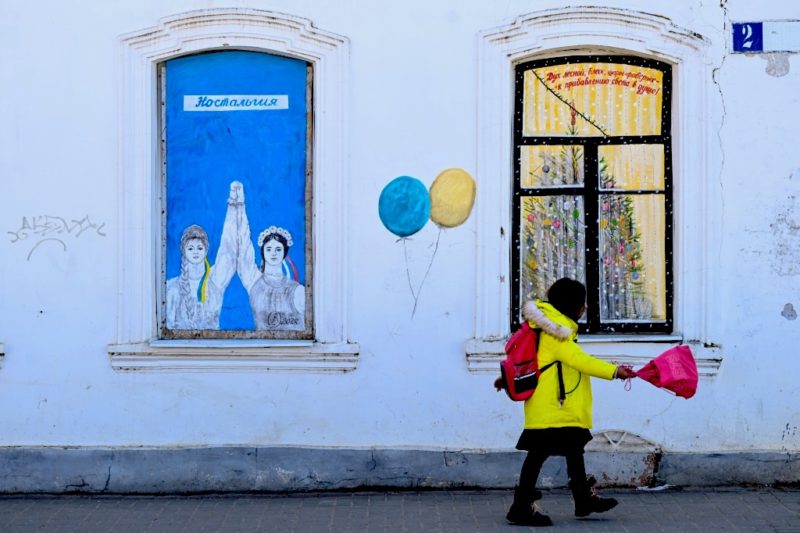 One of Ovchinnikov’s recent murals that has so far been left untouched, — © AFP

Since Russia sent troops into Ukraine on February 24, authorities have moved against any signs of opposition to what Moscow calls a “special military operation” in the pro-Western country.

Thousands of protesters have been detained, independent media have been shut down and several people have been convicted and fined under a law that makes it a crime to “discredit” the Russian armed forces.

Ovchinnikov is one of them.

The silver-haired and bearded pensioner was fined 35,000 rubles (about $430, 400 euros) after he a drew a little girl wearing the colours of the Ukrainian flag with three bombs hanging over her head on a building in Borovsk.

It too was whitewashed and Ovchinnikov painted a dove in its place.

He received more than 150 donations to help pay the fine.

Ovchinnikov is well known for his art in and around Borovsk, and one of his drawings dedicated to the town’s liberation from Nazi troops in 1942 adorns the walls of the town’s conscription office.

One of his recent murals — of two women holding hands with ribbons matching the colours of the Russian and Ukrainian flags in their hair — has so far been left untouched.

“This friendship has been destroyed, we can only be nostalgic,” Ovchinnikov said, adding that the drawing was a copy of a Soviet-era poster.

His art has long had a political edge. In 2003, Ovchinnikov came across a book with the names of victims of Soviet repression in the Kaluga region — where Borovsk is located — listing who were either shot or sent to the Gulag.

“It made my hair stand on end,” he said.

He launched campaigns to have many of the victims rehabilitated — a legal process where they are posthumously acquitted of any crimes — but faced numerous rejections.

In 2015 and 2016, Ovchinnikov painted the portraits of victims of repression on the walls of Borovsk, each time seeing the drawings removed or vandalised.

Their stories hit close to home — his father Alexander was sentenced in 1937 to 10 years in a labour camp for promoting “monarchist and Trotskyist” views. 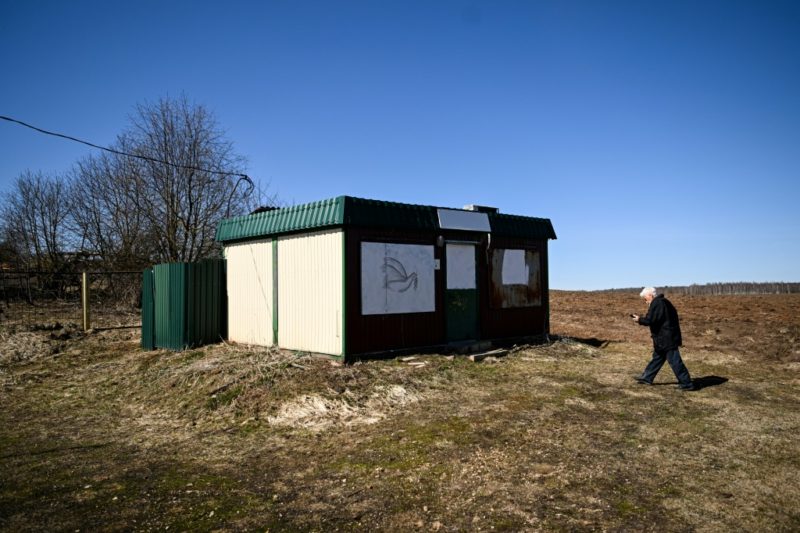 Russian authorities have moved against any signs of opposition to what Moscow calls a ‘special military operation’ in Ukraine. — © AFP

He served time in the notorious Kolyma camps in Russia’s Far East before resettling in Borovsk in 1956.

Ovchinnikov worries that Russian society is being torn apart by a new “schism” and fears the country could head “in a very bad direction”.

He said he would continue his work, believing in the power of art to promote peace.

“It says it right to your face. Bombs are falling on a child. Everything is clear,” Ovchinnikov said.

“I draw to show how I understand things… and maybe to have an influence on others,” he said. “It’s for those who aren’t interested in politics… who know nothing and just sit in front of the television.”