It is a showcase of industry innovation which brings specialty food’s top manufacturers, buyers, and thought leaders together under one roof for three days of delectable discovery. This weekend extravaganza will feature more than 80,000 products, 19,000 buyers, and 1,400 exhibitors.

“We learn a lot from events like this,” said Llance Kezner, of OneFarStar, LLC. He and his wife Lori Peha Kezner are the makers of “Millie’s Sipping Broth and ‘GarLic it!’

Kenzer is grateful for the experience of attending the twice annual specialty food event. “There is one in winter and in summer; and we have been a member of the Specialty Food Association for six years,” he added. The wonderful thing is the fact that OneFarStar’s ‘GarLic it’ was a “Sofi Gold Winner.” “That’s a very important distinction,” said Kezner, who pointed out that the food line had only been on the market for just over a year, when the prestigious award was bestowed.

Step back to before 2008. Branching out into the speciality food market would have been the farthest thing from Kezner’s mind. “I was at a software company at the executive level back then,” he said. “But the economy and shifts in the company resulted in layoffs.” Instead of falling into the chasm of despair or scrambling frantically to find a new job, Kezner and wife Lori pulled together. “The job layoff forced me and Lori to think about what we wanted as a family. We wanted to take things (career and job direction) into our own hands,” he said.

Naturally, when disappointment occurs or things change, people’s priorities shift. And, for Kezner it was family and the one thing he loved to do – cook. “I am a home chef,” he said. Kezner loves to cook for family and friends and while finishing the last bit of a garlic salad dressing that he had made, Lori said, “this is incredible! Can you make something with just the garlic?” That is how ‘GarLic It’ was born. And, with the help of Lori the two of them put together food ideas that would result in OneFarStar, LLC.

Both from Bellevue, Washington, when friends and family raved about the flavor of their new ‘garlic finish’ condiment, they knew they were onto something. “So, to be awarded, ‘Outstanding New Product of the Year’ was really something,” said Kezner. Because as he explained, “we really had no previous experience in the food industry. The only thing we knew about food was what we learned from our moms’ cooking.”

While the Kezner’s garlic culinary creation was a hit, especially at the food show, Lori continued her teaching job. And, again it was Lori who urged her husband to make something delicious. “Lori likes to have a drink that is quick and easy to make when at school,” Kezner said. “The choices in the faculty lounge are limited, not much else besides coffee, tea or hot chocolate.” Lori wanted something more satisfying and savory. “She used to bring a bullion cube to work. But, bullion cubes and all those ‘soup-in-a-cup’ type of things are loaded with sodium,” he said. Kezner set to work using one of the recipes for a chicken broth that Lori’s mom, Millie Peha used to make. 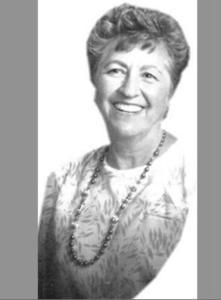 Soup recipes from Lori’s mom Millie Peha was the inspiration behind the ‘comfort-food-in-a-broth’ concept that Llance created.
courtesy of OneFarStar, LLC

Only, “Lori wanted it to be in something like a tea bag. That’s how the concept ‘savory tea, sipping broth’ got started,” he said. “Eventually, we created a vegetable-based broth with a flavor that is close to chicken or beef.” Because as he explained, “bullion cubes are really soup starters that you cook with. We wanted to make a broth, a hot savory beverage actually, that is healthy without all the added sodium and so on.” This is how ‘Millie’s Sipping Broth,” became the second line of items in OneFarStar’s evolving line up of speciality food products.
And, just like with ‘GarLic It’ Millie’s got noticed. In 2013 Tea Magazine featured it as the top four teas that proved to be “comforting, delicious, and in one case, just what the doctor ordered.” 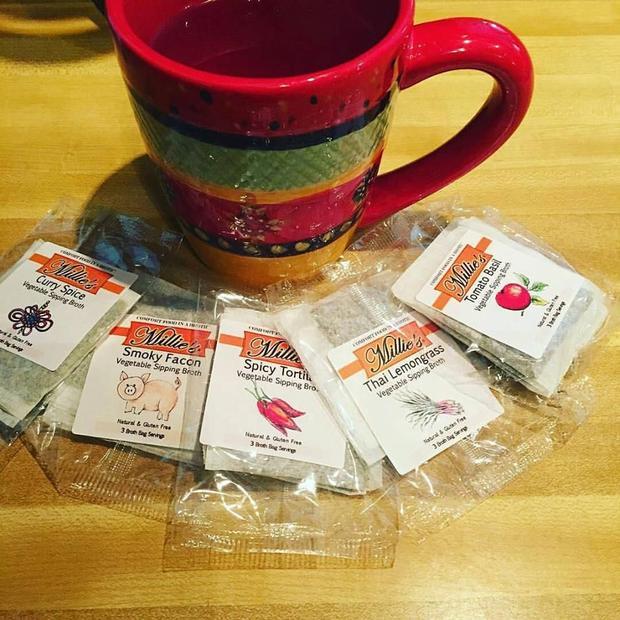 With mom Millie’s recipes in mind, Llance and Lori created an assortment of “sipping broths” in a variety of flavors and tastes.
Courtesy of OneFarStar, LLC

Very aware of costs and time, The Kezner’s aimed for healthy food items that were quick and easy, ready to use with little or no cooking time. “In keeping in mind, a customer’s budget as well as making our products more cost effective, we decided to make our products easy to ship and to share with others.”

With his experience in the tech industry, Llance understands the importance of e-commerce. He believes that the focus on something wholesome but smaller, lighter in weight and easy to travel as well as to prepare, “hits all the targets and that is is critical for the food industry market,” he said.
Not one to rest upon success, Llance and Lori are now looking ahead to their third product line- ‘Auntie Gretchen’s Water Infusions.’ Recognizing the flavored and health water craze, ‘Auntie Gretchen’s Water Infusions’ is basically “an essence of flavor,” he said. “But, it does not over-flavor the water. The taste is very subtle. It has all the quality of fruit infused water drinks, but preparation only takes less than half a minute to make; as if you had just come back from the spa with a complimentary water drink to take with you.”
Yes, the Kezners are very grateful for the Fancy Food Show and the Specialty Food Association, it helped launch their food products and opened a new career opportunity.
The Winter Fancy Food Show 2016 at Moscone Center will be held from Jan. 17 thru Jan. 19. For more information visit the Specialty Food Association web site.