From non-browning apples to genetically modified corn, the verbal battle continues to rage. But wanting to know more about what GMOs are, and what it was that has some people so against them, I went looking. Of course, as with anything of importance, there are two sides to the story, and GMOs are right in the middle of the fray. Personally, the thought of messing with something that isn’t broken has always made me leery, and this includes what I eat.

Let’s get the terminology down first. A GMO, or genetically modified organism, is any living organism that has had its genetic material artificially manipulated in a laboratory through GE, or genetic engineering. This science results in the creation of a rather unstable combinations of plant, animal, bacteria and virus genes that don’t occur in nature through natural cross-pollination or traditional crossbreeding methods.

There are a number of ways to genetically modify an organism, and it is being done every day. It involves the mutation, insertion, or deletion of genes. If genes are inserted, they usually come from a different species, and is called horizontal gene transfer. Genetic engineering is used in medical research, production of pharmaceutical drugs, gene therapy and agriculture.

Genetically modified crops were first grown in 1996. Those first and subsequent crops have been modified to be tolerant to the herbicides glufosinate and glyphosate. Glyphosate is the active ingredient in the herbicide Roundup and has been around for about 40 years. With the introduction of GM crops resistant to Roundup, the use of the herbicide has increased significantly around the world in the last 20 years.

Glufosinate or its ammonium salt is the active ingredient in a number of non-selective herbicides, such as Basta, Rely, Finale, Ignite, Challenge, and Liberty. Plants modified to be resistant to glufosinate have a gene inserted called a “pat gene” first isolated from two species of Streptomyces bacteria. Crops currently on the market with this particular pat gene include canola, cotton, soybean, and maize. Glufosinate was found to be toxic to reproduction and was banned by the European Parliament in 2009.

The rise of genetically modified crops using glyphosate
Good or bad, depending on a person’s opinion, the company at the center of the GMO debate is Monsanto, an American multinational agrochemical, and agricultural biotechnology corporation based in Greater St. Louis, Missouri. It is the world’s leading producer of GE seeds and the herbicide glyphosate, which it markets as Roundup. The company had revenues in 2013 in excess of $14.8 billion.

Monsanto had been under fire for the use of their herbicide in GM crops. The glyphosate makes the crops resistant to Roundup, and because of this modification, the use of pesticides in the U.S. has increased by a whopping 527 million pounds since 1996. There is mounting evidence that pollinating insects such as honeybees, bumblebees and butterflies are being wiped out in the U.S. and in Europe because of Monsanto’s products.

Glyphosate residue has been found in streams and other bodies of water as well as in the soil, even though Monsanto claims glyphosates are water-soluble and do not build up in the environment. What is remarkable is the number of studies that have been done on glyphosate showing its detrimental effects on animals, humans and the environment. There have been literally dozens of studies on glyphosate conducted by reputable researchers around the world. Yet Monsanto sticks by the assertion that glyphosate is perfectly safe.

It all comes down to “he said, she said.” In other words, what you decide about GM food products is determined by who you want to believe. If you want to believe a company that spends millions lobbying for the use of their products, that’s fine. They are in business to make money, and they make one heck of a pot full every year.

If you are more concerned over the environmental effects caused by the overuse of pesticides, the horizontal gene transfer of unwanted characteristics to organic crops or the possible effects of these genetically engineered products on human and animal health, then you certainly have a right to be angry and to protest the use of GMOs.

Agencies of the governments of the U.S. and Canada have not conducted tests to confirm the safety of GMO crops. They base their approval on industry-conducted research, taking it at face-value. It leaves all of us with a big question: What if Monsanto is wrong, and those GMOs are not safe? It will be too late, won’t it? 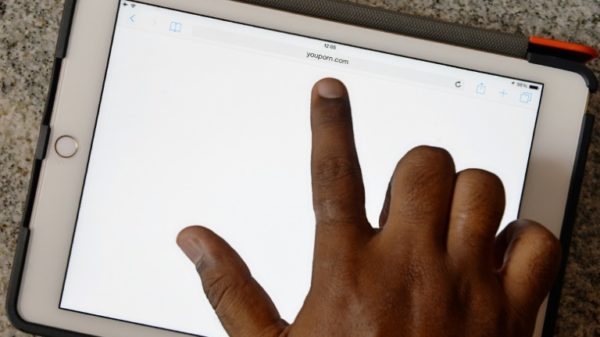