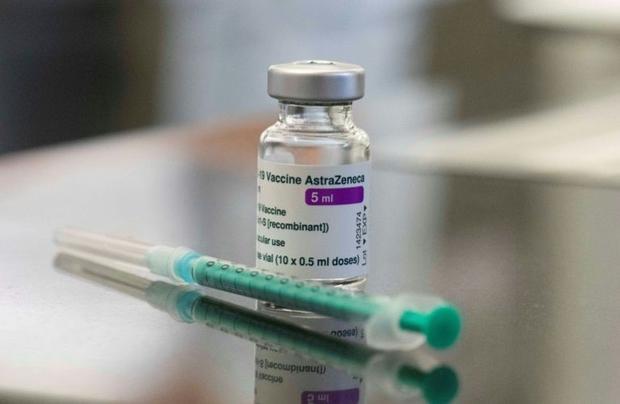 My own experience came in early March, 2021. In the UK, the vaccine is being administered in order of age, and at different rates across the country. Overall, the UK has an impressive record in terms of vaccinating its population. At the time of writing the vaccination rate is close to 18 million people.

This is partly fuelled by the decision to vaccinate as many people as possible at a time with one shot, and to delay the second shot. This is based on one shot giving 50 percent or more immunity (which rises into the 90 percent or more range with the second dose), various figures are set out in the medical journal The Lancet. For this reason, the British government has decided to delay the second dose of all currently approved coronavirus vaccines from 3-4 weeks to 12 weeks. Other countries have decided to take a different approach. 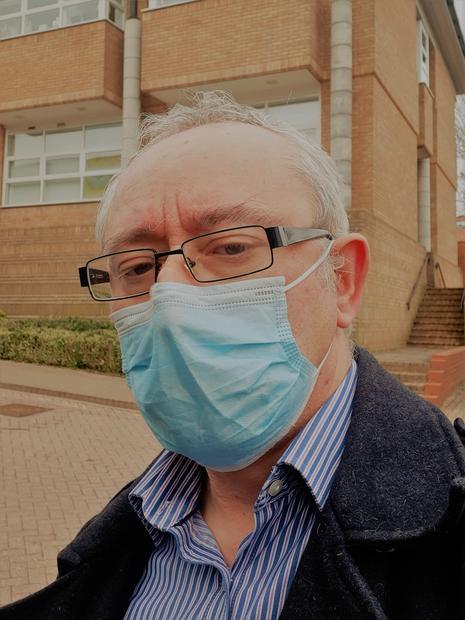 My vaccine shot was arranged by my local General Practitioner (the local doctor), notified via an SMS message with a link to a website to book. It was possible to book five days in advance, at any time of my choosing. Being organized through the National Health Service (NHS), the vaccine was free of charge. Just turn up at your allotted time,and give your name, address and date of birth.

The vaccine center was located in the City of St. Albans, about three miles from my home. 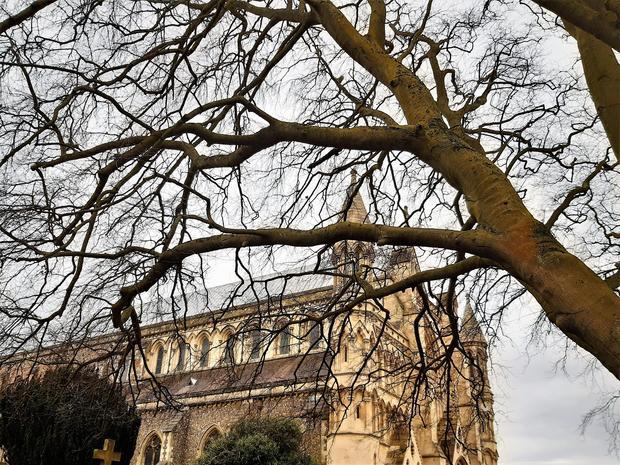 In a converted sports and social club, that was once a manor house (designed in the Queen Anne style and built for Edmund Beckett, 1st Baron Grimthorpe in 1874), several thousand shots are being given each day. Although it was a wet day, with spring beckoning, the atmosphere was oddly jolly. Some people were a little pensive, many were, odd as it may sound, excited. 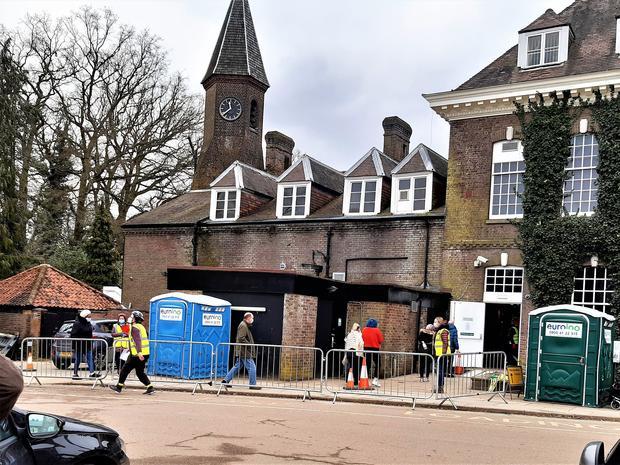 The process was straightforward. I arrived one minute before my appointment and I joined a small line (socially distanced at the requisite two meters). Within two minutes I was assigned to vaccine station number eight (one of twenty active stations). I was given an information sheet, and asked if I wanted the 0.5 milliliter injection to go into my right or left arm. I opted for the left, rolled up my sleeve, and it was over in a few seconds.

The nurse who did this was called Gerald. He looks around the same age as me, sanguine face, perhaps a little weary. He’s doing this all day, giving over one hundred shots. He’ll be back tomorrow, too. On his feet, saving lives. Appallingly Tory Prime Minister Boris Johnson thinks women and men who do this, and other healthcare work, are only worth a one percent pay increase, but that’s a different matter and one hopefully that will be reversed over the next few weeks.

I was then given a card and told to sit in a rest area for ten minutes to see of there were any side effects (there were none). The area was under a tent, resembling a village fete despite the unseasonable weather. Other than a slightly sore arm, I’m fine. It will take about three weeks for the immunity to kick in, but I’m already feeling a sense of relief, perhaps even a rise in my mental wellbeing. One hurdle on the track to normality jumped. 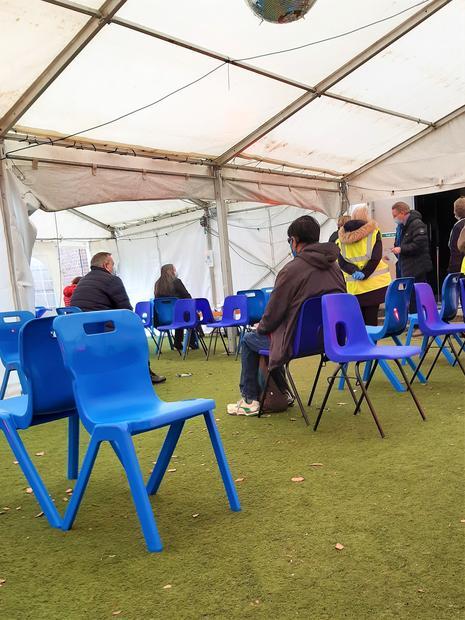 I need to be careful and remain vigilant, however. While there is solid evidence of the vaccines reducing the severe effects of COVID-19 there is not (yet?) substantive data related to impact of vaccines on transmission or viral shedding. This means it is important to maintain health measures like wearing a face mask, social distancing, handwashing, and so on. 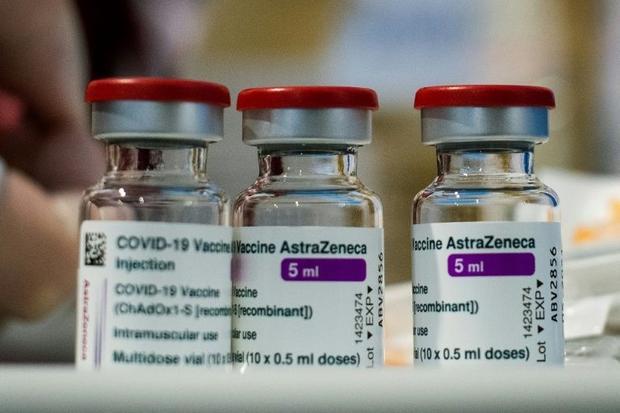 The vaccine I was given was one developed by the University of Oxford together with the pharmaceutical company AstraZeneca (AZD1222). This is what is known as an adenovirus vector vaccine, which is uses a non-replicating viral vector, based on an adenovirus shell containing DNA that encodes a SARS‑CoV‑2 protein (SARS-CoV-2 being the name of the coronavirus). These vaccines produce an antigen which elicits a systemic immune response. 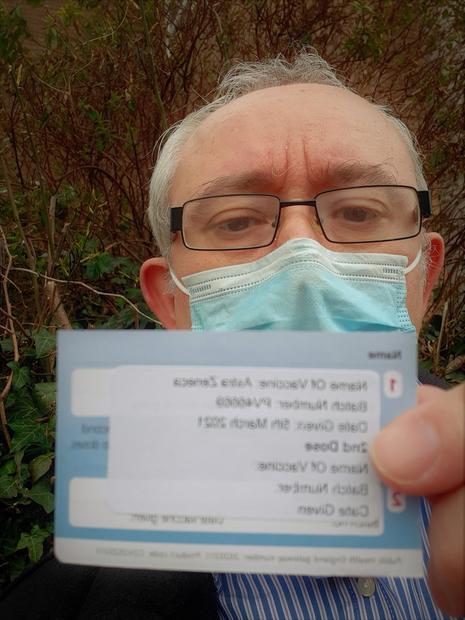 I’ve had my vaccine, and here’s my card to proove it
Tim Sandle

This differs to the Pfizer and Moderna vaccines, which stimulate an adaptive immune response. In turn this instructs the body how to identify and destroy the corresponding pathogen. While the vaccines work differently, the equivalent efficacies ae very similar. Don’t fall for any nonsense about one vaccine being superior to another – they have all gone through rigorous scrutiny by medicines regulators.

If you’re a reader with doubts, please think carefully. Getting the vaccine will help society to return to normal. As more vaccines are distributed, the infection rates will decline. It will take a large majority of us to be vaccinated before we can make a difference, but together, we can make it happen.

It is everyone’s civic duty for us all to pull together at a time like this to do the right thing – and get vaccinated.

In this article:coronavirus, Covid19, Vaccine