In 2015 she published a book entitled “Gap Year Girl – A Baby Boomer Adventure Across 21 Countries.” This past December she talked with this reporter about her experiences.

The book was formed out of her enthusiasm for travel and as she noted, “I wanted to remember every moment of our sabbatical year in Europe and so I wrote a blog. And, that blog is what turned into the book, ‘Gap Year Girl’.”

Much of her eagerness and yearning for travel comes from being a graduate student in France in her early 20s. “I loved living in another country and I knew I wanted to be able to do it again,” she said. But, like most of the ideals and zeal of youth, once the demands of a career and then marriage and children take over, cherished yearnings get put on hold. 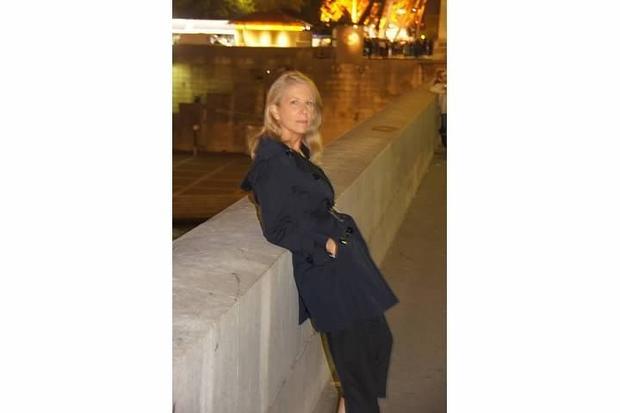 She knows all too well those “New Year’s Resolutions” to travel more, only in 2011 she pushed herself to plan ‘the escape’ for her and her husband. It took some time, but she was determined to do it. The love of France and all things French was a great motivator.

Still, she mentioned she was very much aware that if one waits too long to embark on the adventure of travel, health and old-age can be the obstacle. Usually, when people dream of travel it is spurred on by a movie or television. Bohr recalled a very touching episode of the popular 1970s TV show, ‘The Love Boat,’ which incidentally is now appearing in reruns on the MeTV network.

“The episode that has stayed with me (in my mind),” noted Bohr. “It featured a recently retired couple who were making their much anticipated cruise.” She essentially goes on to say that once the wife revealed that she had over the years saved up enough money so they could go on traveling for the rest of their lives in retirement, the husband got upset.

Of what she recalled of the particular Love Boat episode, the husband was upset/angry because all those years of not traveling, could have been better and more treasured if they had traveled while in their prime, taking their children along as well, etc. 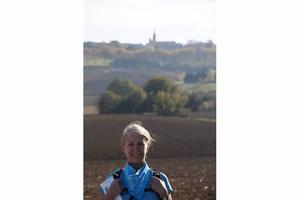 “I was a young adult when I saw the episode…it taught me a lesson,” says Bohr, “You cannot wait for tomorrow. You must listen to those brave voices…and jump into your dreams with both feet.”

Fellow travel writer and aficionado for all things France, Carole Bumpus had this to say about “Gap Year Girl.”
While reading Marianne’s book, I found myself resonating with many of the feelings she expressed, whether discomforts or comforts. There are adjustments to traveling and one of the issues I ran across is to travel in the ‘correct’ season,” Bumpus said.

As someone who traveled extensively across Europe for her recently released book “A Cup of Redemption,” Bumpus had some basic rules about travel. “Sometimes, during the summer months, it is way too hot and/or way too crowded to get around or to see something special on your agenda. And, in the winter months, if you expect to find the same camaraderie from warmer months, you will be duly disappointed. Know your seasons! Know that many villages fold up for the winter and leave, she added. And, when you are traveling in a foreign country, be knowledgeable about traveling on their religious or national holidays. Europeans take that seriously and many venues are closed, or the entire city is empty; because as Bumpus said emphatically, they are ‘on holiday’.”

Even though it has been more than a decade, the aftermath of 9/11 without a doubt changed the way people travel abroad. And, this past year the terrorist violence that erupted across Paris is a constant reminder that traveling overseas is not what it used to be.

Bumpus addressed this as she said. “Right after 9/11, I postponed my trip to France for about six months. I remember I was told by the U.S. State Department ‘not to look like an American’, she said. So I dressed in more subdued colors and tried not to make my presence as an American obvious.” But, as Bumpus noted, “I was, again and again, extended the hand of friendship from many of the French who lent their condolences and prayers for the losses of 9/11.” “One elderly couple, she recalled, who lived in Brittany, the region of France which extends the farthest west out into the Atlantic Ocean, expressed themselves passionately, ‘We are the closest to you; we feel your pain; we know your losses. We are one!’ So, I learned early on, Bumpus said, the compassionate and caring side of the French people.”

Because Bohr loves travel so much concerns about potential terrorism don’t alarm her. Like the Love Boat TV episode she mentioned, the determination to set plans were in motion. “I’m pretty much a person with a ‘carpe diem’ attitude, she said. And seeing that particular episode of The Love Boat, helped solidify it.”

I asked if the love of France was what helped her to make her plans and pursue her dream. “My Francophilia is ever-present,” said Bohr. “But it was only part of what motivated me.” She reiterated, “I just love to travel and it was the possibility of not going and disappointing ourselves (my husband and I) that really pushed me. The fear of giving up our dream was stronger than the fear of taking such a big risk. We felt the fear and did it anyway,” said Bohr.

“I, too, was a Francophile, but a more latent one than Marianne,” said Bumpus. She also, noted that fear of what might happen can be a stumbling block to an important life-experience. For as she also said, “then, once I traveled to France. I found that I couldn’t get enough of wanting to understand the people, talk to them, share a meal at their table, collect a favorite recipe and/or sip a glass of wine. What was not to like?”

“Honestly, (regarding issues about 9/11) that never even entered my mind,” said Bohr. “Traveling is always a gamble,” she said. ” And there is always paperwork and security hurdles to deal with. If you let those fears get in the way of your plans and dreams, you might not ever leave your home.”