One of the many memorable scenes from the 2006 romantic comedy/drama was when the chef of the hotel where Latifah’s character is staying, tells her what the secret of life is. “It’s butter!”

Cuisinett bistro owner and chef Geoffroy Raby, agreed as he laughed and said, “Butter is the main ingredient in many French dishes. But what most people don’t realize when thinking about French food is the fact that, there are many regions in France, therefore many different dishes which don’t require butter. Americans usually think French cooking is about fancy dishes and expensive prices.”

Cuisinett is located on San Carlos Ave in San Carlos, along the Peninsula not far from San Francisco. It is among the many communities nestled along or near what was once the Mission Trail known as El Camino Real.

San Carlos Avenue which intersects El Camino Real is the ‘Main Street” of San Carlos. This is a great location for a restaurant. And, no one is more pleased about it than chef Raby. He and his staff over the past four years have brought the honest simplicity of French cooking to San Carlos by serving what Raby refers to as ‘French comfort food’. 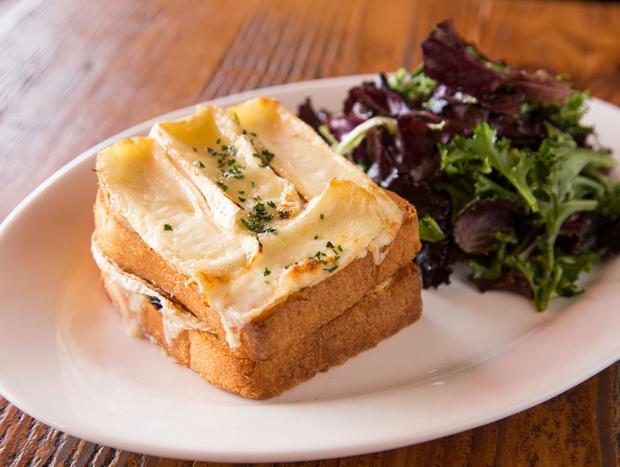 Not just any grilled cheese sandwich, French grilled cheese. “The food we serve is what people at home in France would serve to their families,” said Geoffroy Raby, owner and chef of Cuisinett French Comfort in San Carlos.
Courtesy of Cuisinett, San Carlos, CA

“French cooking is very simple and always uses the freshest of ingredients,” he said. “What we serve here at Cuisinett is what people at home in France would serve to their families.” He went on to say that fresh butter enhances the flavor of cooking. “And a sauce or sauté does not have to be heavy; it can be made light and delicate.” Using only fresh ingredients makes a French meal at chef Raby’s place a reason to stop in and bring the entire family.

“We don’t have a kid’s menu. What we serve at Cuisinett is for everyone, kids included.” Raby noted that while the menu from time to time does offer a hamburger, the focus is wholesome, simplicity in a relaxed, friendly atmosphere. A father of two, he said his children love roasted chicken with fresh-organic mustard sauce. “And, that includes peas and carrots and even broccoli,” he said.

As Raby points out, “Part of good French cuisine is a protein like chicken, beef, lamb or fish with a delicate sauce and a side dish of some vegetables. Just two or three, maybe four items served but that is it,” he said.

As for salads, “an Endive salad for lunch is the best,” he said. “Mixed with beets and walnuts it is healthy as well as delicious.” Raby and his staff want to remind people that good eating, even when using real butter is healthy and satisfying.

More importantly, eating well brings people to the table and builds a sense of family. For Raby who is from the city of Lille in Northern France, not far from Belgium, that is important. 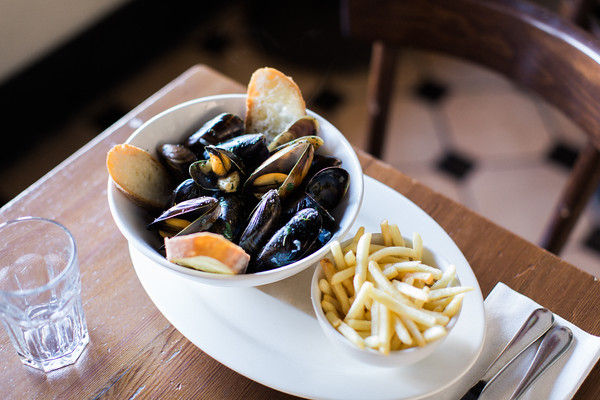 This mussel dish is one of the recipes from author Carole Bumpus’ companion book “Recipes for Redemption” that chef Raby featured at Cuisinett.
Courtesy of Cuisinett, San Carlos, CA

Peninsula author, food and travel blog writer Carole Bumpus agrees. “I was so pleased when Geoffroy served one of the recipes described in my novel, “A Cup of Redemption.” This past summer the companion recipe book was released which features foods and recipes mentioned in the novel.

As reported in Digital Journal News, It is based on the true-life story of a woman named Marcelle in World War II. “A Cup of Redemption” initially began as an inquiry into the traditions and food favorites of the region where Bumpus was visiting in France for her blog.

And as I was interviewing Marcelle about a particular recipe, she began to mention things about WWII.”
“My initial question I asked through her daughter who spoke English was, “What foods did you share with your family as a young wife? What food traditions do you share?”
Bumpus was intrigued with her response and asked the woman to describe a bit more. “Well, as the French woman began to talk, she began to describe the war around her and the story of her life unfolded. Under these circumstances of war, asking about family recipes seemed ludicrous. Yet, it was something I just could not walk away from and forget,” said Bumpus.

Twelve years later, after obstacles and delays, now published by She Writes Press of Berkeley, the novel has been receiving rave reviews; including the companion recipe book. “Within weeks of its release this past summer, the response to the companion recipe book has been overwhelming. Emails just keep coming,” said Bumpus.
“Serving the mussel recipe (from the companion cookbook, ‘Recipes for Redemption’) cooked in apple cider was fun,” said Raby. “The response we got from patrons was great.” He reiterated that most of the reasons why it was liked by patrons is because of its simplicity. Which really is no surprise because a dish like mussels would be something people in Raby’s hometown of Lille would serve. 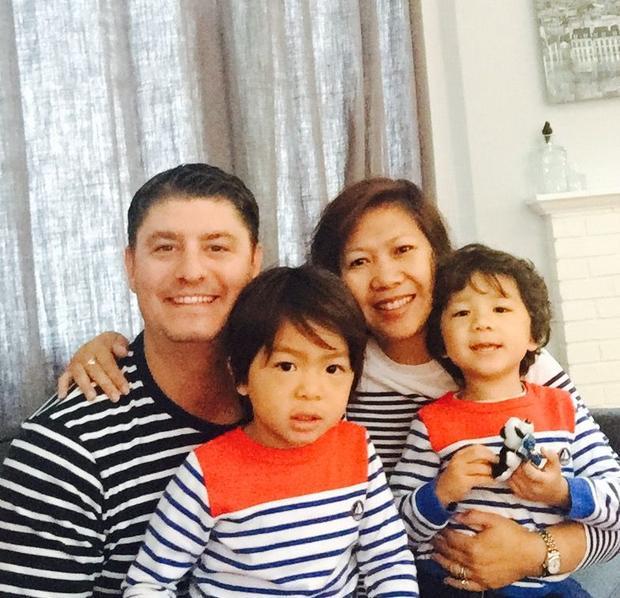 While occasionally a hamburger will appear on the Cuisinett menu, “all the foods served at our restaurant are ‘kid-friendly.’ And that includes peas, carrots and even broccoli,” said Chef and owner Geoffroy Raby. Here he is with his wife and two children. “My kids favorite dish is roasted chicken with fresh mustard sauce,” he said. And, yes, they eat all their vegetables.
courtesy of Cuisinett, San Carlos, CA

Located on San Carlos Avenue between Laurel and El Camino Real in San Carlos, Cuisinett was established in 2011 because as Raby noted. “I got tired of the stereo-type French Bistro that I had seen in America done over and over for the past 15 years. I wanted to have a down-to-earth, like-eating-at-home setting, where the price of a meal is affordable,” he said. “High quality, simplicity and delicious,” he then added. “That is what Cuisinett is all about.” Open Monday thru Saturday, 11 AM to 9 PM and Sunday 11 AM to 3 PM, Cuisinett also serves desserts. “Our crème brûlée is delicious said the chef and we make a wonderful fresh lemon tart.” To learn more about what’s cooking at Cuisinett, visit the web site. Or call Cuisinett at: 650 453-3390.