Now that 29 states and the District of Columbia have legalized medical marijuana, the online presence of extracts containing CBD has grown significantly because CBD has shown great potential for treating a variety of conditions, including pain, anxiety, and epilepsy.

For the study, 84 products, including oils, alcohols (tinctures), and vaporization liquids were bought online from 31 different companies. The labels were removed and replaced with blind-study identifiers and sent to an independent laboratory for analysis.

Each product was analyzed three times for cannabinoid contents using high-performance liquid chromatography. Products considered to be “accurately labeled” contained 90 to 110 percent of the labeled value of CBD. Products “under-labeled” had over 110 percent, and “over-labeled” had less than 90 percent.

Of the 84 products tested, only 26 or slightly less than 31 percent were accurately labeled. While 36 products had more extract than what was shown on the label, 22 products were over-labeled, containing less than the label indicated. The researchers are concerned about the products that contain less of the CBD than what is stated on the label. 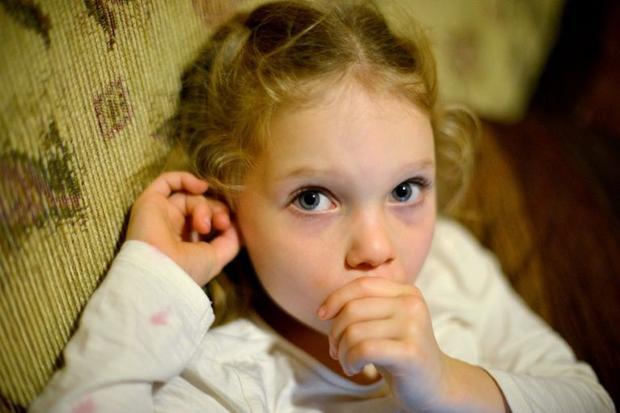 Five-year-old Arielle Harding, who had her first epileptic seizure at 15 months, now shows few signs of her condition after her parents started giving her small doses of a non-psychoactive marijuana derivative
Peter PARKS, AFP

Researchers worry that patients may not get the proper dose to see potential health benefits they would otherwise expect taking products that are over-labeled. The researchers also point out that with the range of inconsistencies, in the past, FDA-regulated drugs showing the same degree of inconsistencies was enough to prompt the agency to issue warnings to drug makers.

“More and more evidence is coming out that CBD can be helpful for a variety of conditions, from anxiety to inflammation to seizures and epilepsy,” said Marcel Bonn-Miller. “The biggest implication [of the study] is that many of these patients may not be getting the proper dosage; they’re either not getting enough for it to be effective or they’re getting too much.”

Wayne Hall of the National Addiction Center at Kings College London and the Center for Youth Substance Abuse Research at the University of Queensland said in an email to Reuters, “Because the industry is still illegal under U.S. federal law, there has been very little oversight by the FDA and other bodies that are meant to protect consumer health.” Hall was not involved in the study.

This interesting study, entitled: Labeling Accuracy of Cannabidiol Extracts Sold Online was published in the Journal of the American Medical Association (JAMA) November 7, 2017.