The World Health Organization (WHO) has confirmed there have been no confirmed cases of Zika virus disease among either travelers or athletes who participated at the Rio Olympics. Prior to the games the WHO had said it was unlikely that the games would lead to a further spread of the disease, and it appears that this prediction has proved correct.

According to the BBC, the WHO’s health emergency programme Peter Salama, said: “We don’t have any confirmed cases of Zika amongst travellers or amongst indeed athletes.”

The news stands in contrast to some media reports which speculated that some participants at the games would be at risk. The news also makes those competitors who stayed away from the games, out fear of contracting Zika virus, look at little guilty of hyperbole at the very least. Those staying away included golfers Rory McIlroy and Jordan Spieth. Others deciding to give the games a wide birth were members of the British Royal Family — the Duke and Duchess of Cambridge and Prince Harry.

Zika virus is transmitted by daytime-active mosquitoes and has been isolated from a number of species in the genus Aedes. Risk of the disease is based on the distribution of the mosquito species that transmit it.

Although the zero incidence rate for Zika in relation to the sporting world is good news, new research published warns that two billion people could be at risk of Zika in Africa and Asia. This is according to a report in The Lancet Infectious Diseases. The report, headed “Potential for Zika virus introduction and transmission in resource-limited countries in Africa and the Asia-Pacific region: a modelling study”, suggests that the Philippines, Vietnam, Pakistan and Bangladesh could be particularly vulnerable to a Zika outbreak. 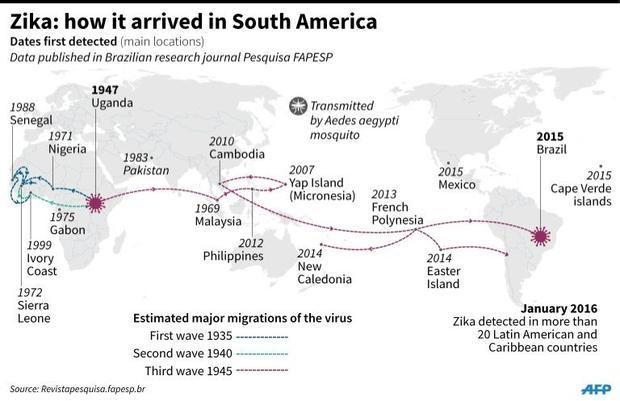