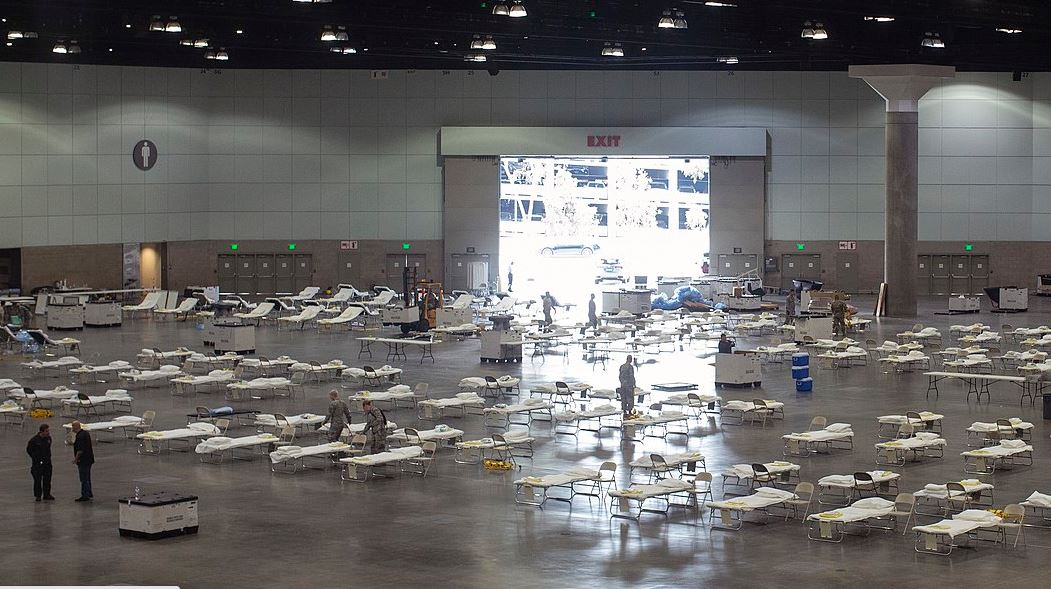 A 73-year-old Alabama man died of a “cardiac event” after being turned away from dozens of hospitals across three states that had no available cardiac ICU beds, his family said.

Ray DeMonia, an antiques dealer who ran his own store for four decades, died on September 1, three days before his 74th birthday, relatives said in an obituary. Mr. DeMonia’s family is now urging people to get vaccinated to “free up resources for non-COVID-related emergencies.”

According to the family, emergency staff at Cullman Regional Medical Center contacted 43 hospitals in three states in search of a cardiac ICU bed for DeMonia.

On Monday, Jennifer Malone, a hospital spokesperson, confirmed that DeMonia was a patient at Cullman Regional Medical Center and told CBS News that “he needed medical services that were not available” at the hospital.

Cullman Regional Medical Center finally found a bed at Rush Foundation Hospital in Meridian, Mississippi, about 200 miles away from his home. Mr. DeMonia was transferred to the hospital in Mississippi, where he later died.

For the past several months, as coronavirus cases have surged, hospitals in states such as Alabama, Texas, Mississippi. Louisiana and Florida have been struggling to handle the growing number of COVID-19 patients, most of them unvaccinated, often running low on beds and staffing.

Alabama has one of the lowest vaccination rates in the country, with just 40 percent of the population being fully vaccinated, according to USA Facts.

DeMonia’s family said they hoped more people would consider getting vaccinated after hearing about their experience.

“In honor of Ray, please get vaccinated if you have not, in an effort to free up resources for non-COVID-related emergencies,” DeMonia’s obituary said. “He would not want any other family to go through what we did.”

This should not be happening in America

Yet, that is exactly what is happening today. And this ridiculous situation is due to people refusing to be vaccinated. Unvaccinated people are fully vulnerable to the delta variant of the novel coronavirus, which is more transmissible and may cause more virulent disease.

One in four people in the U.S. over the age of 18 still haven’t received any dose of a Covid-19 vaccine and as a result, there has been a shift in who’s being hospitalized. Whereas people 65 and over did make up most hospitalized patients in the early stages of the pandemic, now they only account for about a third of patients.

Now, it is younger people and children that are becoming severely ill due to the more virulent Delta variant. American hospitals are again fighting to keep people alive, just as it was in the early months of the pandemic.

In Bellville, Texas, 46-year-old military veteran Daniel Wilkinson was rushed to the emergency room. He was diagnosed with gallstone pancreatitis, which is treatable but which his local hospital was not equipped to treat, according to KPRC.

The doctor called all over the region — to hospitals in Texas, Oklahoma, and Arkansas, among others — but could not find a hospital that would take him. Those states currently have some of the highest Covid-19 hospitalization rates in the country.

An ICU bed was eventually located at a Houston Veterans Administration hospital, more than an hour away from Bellville. But Wilkinson’s organs started failing on the helicopter ride there and he died. He had waited in the ER for seven hours.

Just think for a few minutes about what you have just read, maybe even put yourself in a family’s shoes, hoping against hope that a hospital bed will be available for your loved one if needed.

Something is just terribly wrong about all this.