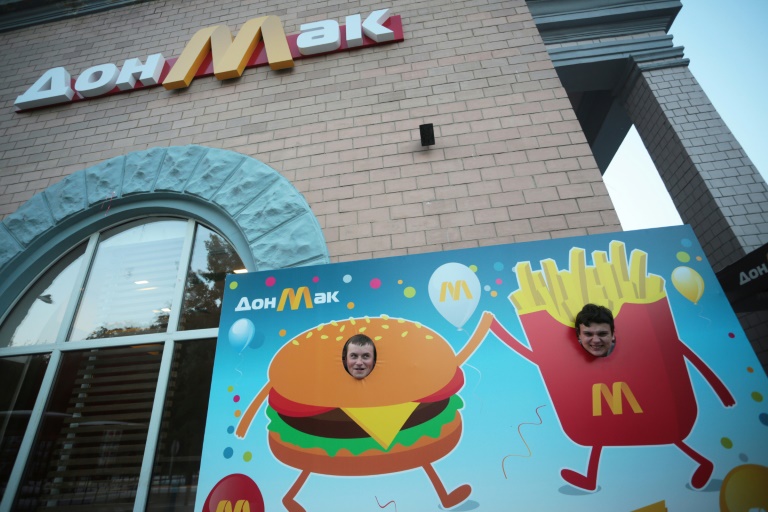 McDonald’s announced plans Thursday for a “phased” partial reopening of restaurants in Ukraine, where operations have been shuttered since February due to the Russian invasion.

The US burger chain will “reopen some restaurants in Kyiv and western Ukraine, where other businesses have safely reopened,” Paul Pomroy, senior vice president for international operated markets, said in a message to employees.

Pomroy cited requests from the company’s Ukrainian employees for the relaunch to signify “a small but important sense of normalcy” in the besieged country.

McDonald’s suspended its operations in Ukraine on February 24 following the Russian siege of the country.

The company has continued to pay salaries of more than 10,000 employees since then, Pomroy said.

“Over the next few months, we will begin working with suppliers to get product to restaurants, making the physical properties ready to serve customers, bringing restaurant teams and employees back on site, and implementing enhanced procedures and protocols to support the safety of our people and customers,” Pomroy said.

The announcement was applauded by Ukrainian Minister of Foreign Affairs Dmytro Kuleba, who acknowledged that the actual reopening “will take a while,” in a message on Facebook.

“But the main thing is that there is a political decision: Mac is back,” Kuleba said. “The return of a great American company is first of all a signal for the international business of the opportunity to work in Ukraine, even in spite of war.”

In May, McDonald’s said it would sell its Russia business to Russian businessman Alexander Govor after announcing a complete exit from the country.

McDonald’s business in Russia “is no longer tenable, nor is it consistent with McDonald’s values,” the chain said at the time.

The action marked a reversal of the fast-food giant’s historic arrival in Moscow in January 1990 in what was seen as symbolic of the end of the Cold War era.

In this article:Food, restaurant, Russia, Ukraine News, US