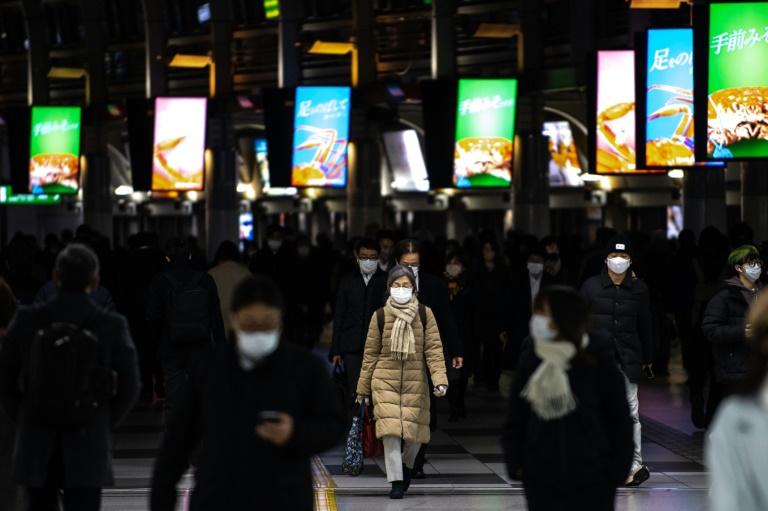 Japan’s government approved new coronavirus restrictions on a large part of the country, including Tokyo, on Wednesday as it battles record infections fuelled by the Omicron variant.

The restrictions in 13 regions, which mainly target nightlife and are far less strict than a blanket lockdown, will be in place from Friday until mid-February.

The move allows each region to decide what specific measures to implement, with most places urging bars and restaurants to shorten opening hours or halt alcohol sales.

Prime Minister Fumio Kishida said the government aimed to be “fully prepared” in the fight against the latest wave of Covid-19.

“We will not have excessive fear, and will work in close coordination with regional governments,” he said as he announced the measures at a virus taskforce meeting.

The highly infectious Omicron variant is driving a resurgence in coronavirus cases in Japan, with daily nationwide infections topping 30,000 for the first time this week.

Tokyo also reported its highest ever number of new cases — more than 7,000 — on Wednesday.

Japan has still been less hard-hit than many countries, with around 18,400 deaths in the pandemic while avoiding strict lockdowns.

But government officials and experts are worried that rising infections could put pressure on the country’s medical system.

Three Japanese regions are already under virus restrictions, after surges in cases linked to US military bases.

More than 78 percent of Japan’s population is fully vaccinated, but the programme began later than in some other developed countries.

So far, just 1.2 percent of the population has received a booster shot.

In this article:coronavirus, Japan, Omicron, Pandemic