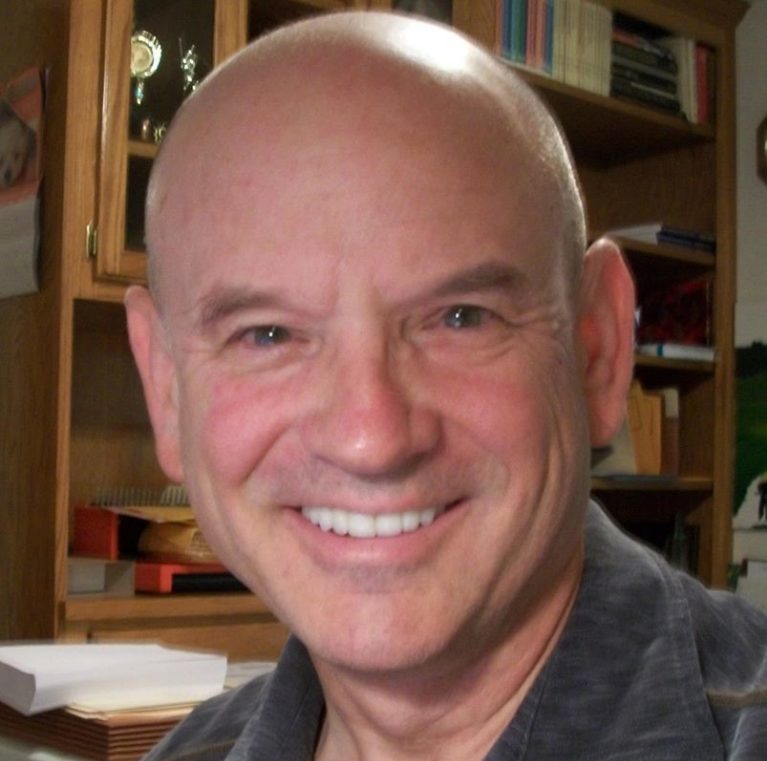 This book is “one of the best westerns of our time told by a master in storytelling.”

Richardson grew up in Los Angeles, California, where he earned his doctorate in Communication Arts & Sciences at the University of Southern California, and taught communication classes at both USC and Pacific Union College, just north of Napa, California.

As a playwright, he wrote and directed a stage play on the life of Martin Luther, the 16th century German reformer, which won him the Outstanding Playwright Award from the Inland Theatre League in Southern California. In 2015 he won the runner-up prize for the stage play “Second Chances” from the Chattanooga Theatre Center’s semi-annual competition.

As a book author, he has published four western novels, two installments in his “Sanctuary” series, a romance/drama centering on the exploits of a troubleshooting general manager assigned to restore a failing retirement community situated in Billings, Montana. He also is the author of a modern “family in crisis” novel titled “Desert Heights”, telling the story of gifted Chicago architect who fell from grace and vowed to restore his good name by starting over in Palmdale, California.

He is also the author of a non-fiction guide to public speaking, called “The Cure for the Common Sermon”. He currently lives in Cleveland, Tennessee, with his wife Patricia.

Every book, has a story about its creation, what inspired you to write ‘The Gold Train: A Mason & Thorn Western’?

I live near Chattanooga, Tennessee, which is the home of the Cooper Tire Museum, and on one of my visits I saw a 1908 race car on display. I thought to myself, wouldn’t it be fun to devise a story that would call for my two lawmen to be compelled to enter a road race of some kind.

It would be such a “fish out of water” premise, it would give me the opportunity to devise lots of interesting plot twists. So, my brother (and co-author) brainstormed a plot that called for our two lawmen to ride shotgun on a large gold shipment from Denver to Miles City, Montana, and once delivered to the Miles City National Bank, the gold would be stolen right out from under their noses. It just so happened that Miles City was hosting its first annual “Miles City to Denver” cross country road race, and the crooks planned to use this large event to make their escape from Miles City amidst all the other race cars.

But just as the bad guys climb into their “getaway” race cars, they are spotted by Mason and Thorn, who commandeer a spare race car to chase the bad guys down, capture them, and retrieve the gold. It was a very fun premise, and it made for some great moments in the book.

You write some of the most popular westerns. What is it about this genre that calls to you?

The west has always captured my imagination for its wide-open spaces and the freedom of opportunity it offered to those early settlers. People were pretty much left to their own grit and ingenuity to create a life as big as the land itself. From your front porch you could not see your neighbor’s house, and there was no one to deny your plans for your domain.

This magical time called for self-discipline and a code of ethics to make your life rewarding and successful. Those conditions no longer exist in this country. We are bound by ordinances, zoning laws, noise restrictions, and building codes that limit our individual freedoms for the sake of the larger community.

I know this might be a hard question to answer but what is your favorite character in ‘The Gold Train: A Mason & Thorn Western’ and why?

Of course, the main characters Mason and Thorn are near and dear to our hearts. I probably identify with Mason and my brother identifies with Thorn, and we try to write our dialogue with that in mind. In each particular book we create unique characters needed to tell that story.

In “The Gold Train”, I really liked creating the characters Mattie and Shayne, the female racing team that befriended Grace and Amanda in the Miles City to Denver cross country road race. I wanted them to be sassy and defiant in the midst of all the male racers. It was fun to show that they could not be intimidated and could hold their own in a sporting event thought to be for men only. My female readers really enjoyed these two bold, brash, and lovable women.

How long did it take for you to write your book and what was one of the challenges you faced while writing it?

My brother and I co-author all of our western novels, which is a challenge in and of itself. We have to agree on the basic story line for each book, plot development, characters, and twists. We outline each chapter, then divide up which chapters each of us will write.

We exchange rough drafts to review what the other has written, and make suggestions that might help improve the final product. From concept to completion, it takes about six months to crank out a book. This may seem like a very long time, but writing our novels is not our only professional pursuit. We both have our “day jobs” that consume our attention as well. We are hoping one day our book sales will permit us to make writing our fulltime job.

I’m sure your fans are dying to know what’s coming next. Do you have a new book you can tell us about?

Yes! Book 5 in the series is in the works right now. It will be titled “The Bone Cave” and takes place about six months after “The Gold Train” story ends. What kind of bones? Dinosaur bones, of course! Mason and Thorn run into Dr. Nevil Baker in Montana’s Crazy Mountains, a paleontologist who just unearthed a complete skeleton of a T-Rex, and persuades the U.S. Marshal and his deputy to help haul this treasure safely to the San Francisco Museum of Natural History.

The assignment turns deadly when bone bandits vow to seize this priceless find enroute, even if it means eliminating a couple of pesky lawmen.

His book is available on Amazon by clicking here.

In this article:Author, bestselling, Book, larry richardson, the gold train