In April 2018, The Rose Acre Farms company voluntarily recalled 206,749,248 eggs across a total of nine states in the U.S., saying the eggs, as NPR reports, “have the potential to be contaminated with salmonella braenderup”, which can sicken healthy adults and have serious and possibly fatal effects for young children and the elderly.

Salmonella is a Gram-negative rod shaped bacterium. In the U.S. alone, the organism causes around one million cases of food poisoning each year. As Digital Journal has previously discussed, the Salmonella genus is composed of two species: S. enterica and S. bongori, with six subspecies of S. enterica and several different serotypes based on the presence of specific surface molecules.

How concerned should consumers be about the recent incident and the many other cases that occur globally each year? Joseph Galati, M.D., the Medical Director for the Center of Liver Disease and Transplantation at The Methodist Hospital in Houston, says Salmonella can be especially serious and sometimes result in deaths for young children, the elderly and people with weakened immune systems. Dr. Galati is the author of the forthcoming book “Eating Yourself Sick: How to Stop Obesity, Fatty Liver, and Diabetes From Killing You And Your Family“. He appraises the current food poisoning situation for Digital Journal readers.

Digital Journal: Are bacteria related food recalls on the increase?

Dr. Joseph Galati: It’s very difficult to accurately estimate the number of foodborne illnesses, because the vast majority go unreported. Overall though, I do believe that the awareness of the general population to foodborne illness has increased over the past 10 years, as well as the surveillance for these infections as well.

DJ: Which microorganisms present the biggest risks to human health?

Dr. Galati: If you look strictly at the foodborne illnesses that have the highest death rate, and infection known as vibrio Vibrio Vulnificus has about a 35% death rate in those infected. This deadly bacteria is acquired by eating infected raw oysters, is most deadly in individuals with underlying chronic liver disease or other deficiencies of the immune system. Listeria has approximately a 16% death rate and 94% hospitalization rate. Many of the other less lethal bacterial infections, including all those related to travelers diarrhea, cause significant morbidity, but not necessarily death.

DJ: How about Salmonella species in particular? Is the risk mainly subspecies of Salmonella enterica?

Dr. Galati: Yes this is the main organism that infects cattle and poultry. Domestic cats and hamsters also can be a source of infection.

DJ: What are the risks associated with salmonellosis infections?

Dr. Galati: It’s estimated that 1.2 million cases of salmonella are reported each year, resulting in about 23,000 hospitalizations, and about 450 deaths in the United States each year. Food is the source for about 1 million of these illnesses. Diarrhea is the predominant symptom, associated with fever and abdominal cramps within 12 to 72 hours after infection. The illness is usually self lasting between 4 to 7 days. In most cases the infected individuals will recover without any treatment. In more serious cases, especially in the young or old, dehydration may be a major risk for complications, and in this case, hospitalization with the administration of intravenous fluids may be needed. 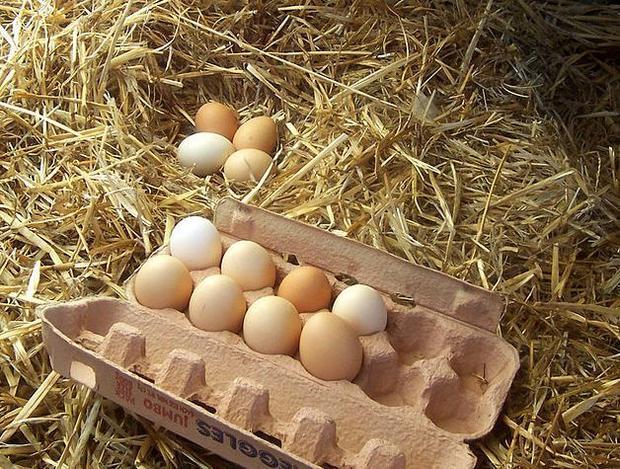 The price of eggs is soaring “higher than a chicken can fly.”
Fir0002

DJ: Which food types are at greatest risk?

Dr. Galati: Eggs certainly have received the most attention lately, though poultry and ground beef and raw milk are possible risk factors for contracting salmonella. You want to eat well cooked poultry and beef, as well as well cooked eggs. Good hygiene not only with handwashing but cleaning of work surfaces and utensils is also required to prevent infection and spread.

DJ: How much is hygiene a factor in terms of the increase?

Dr. Galati: Hygiene is the cornerstone of prevention. As mentioned above, eating raw eggs is not advised. A common practice of throwing a rotten egg into a smoothie is not a very good idea. Rocky may have popularized it in the movie series, but for you and I, this is a stupid idea.

DJ: What are the best measures in terms of prevention from Salmonella infections?

Dr. Galati: Wash your hands whenever you handle eggs, raw meat, or poultry. Make sure the work surfaces and utensils are cleaned with hot soapy water. Make sure that meat and eggs are properly cooked.