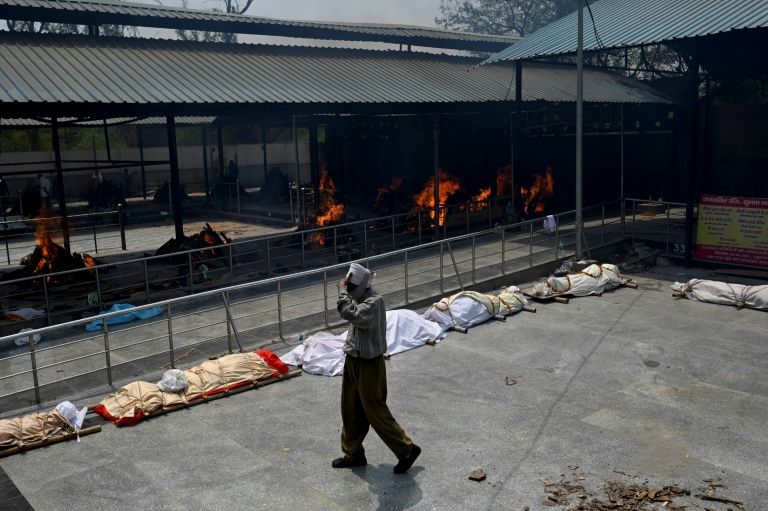 In April alone, according to CNBC News, India has reported more than 5.8 million new COVID-19 cases, sending the country’s healthcare system to the brink.

And even though 145 million vaccine doses have been administered across the South Asian country, as of Tuesday, only around 23.9 million people have received their second doses. India has a population of 1.255 billion people, making the number of vaccinated seems very small.

CNN is reporting that with no space left in hospitals, patients are being left to die at home, in ambulances, and outside clinics. Even those who are given a bed remain in danger because hospitals are running out of oxygen and asking patients’ families to bring their own, if they can find any.

While the coronavirus surge in India has shocked the world, the BBC points out that “the outbreak isn’t just a crisis for India – it’s a crisis for everyone.”

“The virus doesn’t respect borders, or nationalities, or age, or sex or religion,” says Dr. Soumya Swaminathan, the World Health Organization’s chief scientist. “And what’s playing out in India now, unfortunately, has been played out in other countries.”

The coronavirus has really brought home just how interconnected the world really is. And if a country has a very high infection rate, then it’s easy to understand how the virus will spread to other nations.

Yes, the international community has differing levels of air travel restrictions, along with testing, and quarantine protocols, but we have also seen how infections, especially with all the variants popping up, can get out and spread. Again, the BBC cites a recent flight from New Delhi to Hong Kong – where about 50 passengers tested positive for Covid-19.