According to Emailsanta.com, Santa is aged 1,748 (which is said to be quite sprightly in elf years). However, based on analysis of scientific literature, researchers from BP Owl, who manufacture a blood pressure app, if Santa was a regular man, then with his lifestyle, he would have only lived to the age of 54.

Based on what is known about Santa Claus (or Father Christmas), the jolly fellow’s body mass index (BMI) is in the highest category (obesity category III), his mince pie-based diet is terrible, and he’s consuming a dangerous amount of sherry. To add to this there is plenty of pipe smoking. Moreover, due to the amount of activity across the holiday season, the red-and-white decked man barely sleeps. He also has the added stress of managing Christmas for the estimated 2.2 billion children on Earth. 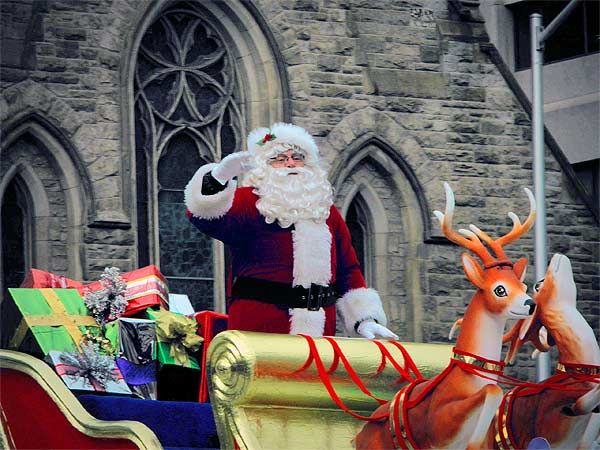 Santa’s poor health is manifest in:

The volume of calories Santa consumes on his Christmas delivery run is huge. With the average mince pie coming in at 226 calories he’ll consume a staggering 199 billion calories across his 880 million home visits – all in one night! Add to that 7.8 billion grams of fat and 15.6 billion grams of sugar Santa is certainly overweight.

While there are healthy options to be had – carrots are rich in vitamins and minerals and contain healthy antioxidants that protect against cancer – but Santa gives these to Rudolph. 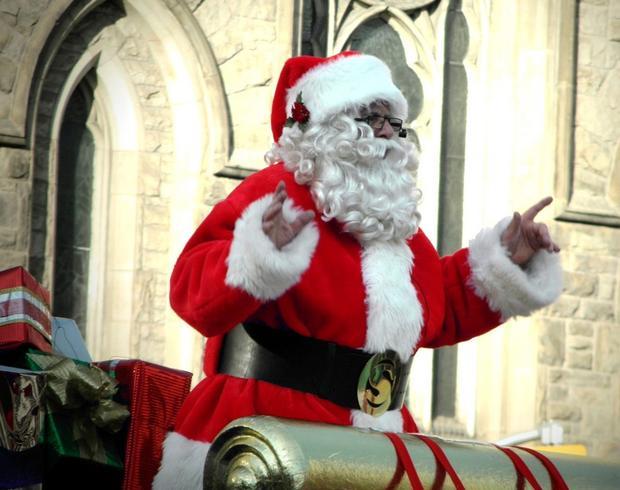 With a glass of sherry at every one of the 880 million households he visits, Santa gets through 58.7 million bottles of sherry on Christmas Eve. With a single glass of sherry being equivalent to one unit of alcohol and the recommended weekly allowance being 14 units per week, Santa is nearly 63 million times over what experts say is acceptable within healthy guidelines. And don’t get us started on the safety aspect of driving his sleigh after this much sherry.

Fifty years of data from the North American Aerospace Defense Command reveals that Santa is around 170 centimeters tall (5 foot 7 inches) and weighs 260 pounds. This gives Santa a BMI of 40.2kg/m² which is classed as level III obesity – the highest level – and is associated with substantially increased risk of death due to heart disease, diabetes or cancer. It is estimated that severe obesity can take up to 10 years off life expectancy. 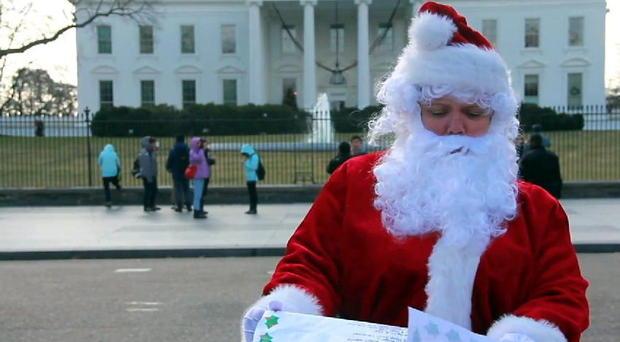 Santa Claus got arrested for asking Obama for a higher minimum wage.
YouTube

Santa is often associated with a pipe. Smoking increases a person’s risk of developing more than 50 serious health conditions and long-term smoking is estimated to take 10 years off life expectancy.

We know he stays up all night on Christmas Eve to deliver presents but, according to academics, it’s likely that Santa gets very little sleep in the run up to the big day too. Older people like Santa also sleep more lightly and wake up more often and studies show that if we are feeling stressed about anything that can impact on our sleep quality too.

Commenting on this amusing look at Santa, but with serious overtones, Dr Jeff Foster, GP at Core Clinics in Hatton, tells Digital Journal: “Santa Claus is basically the embodiment of someone who suffers with metabolic syndrome; a cluster of conditions that occur together, increasing your risk of heart disease, stroke and type 2 diabetes.”

Dr. Foster adds: “The conditions that Santa Claus would sadly be suffering from include high blood pressure, high blood sugar, excess body fat around the waist, abnormal cholesterol levels and low testosterone. These problems worsen with age, and the immense physical activity required to deliver presents to 2.2 billion children in the world, would probably result in an acute cardiac event.”